"This study proves that sugar is toxic."

Quite a quote, eh? It comes from this op-ed discussing a study that apparently links sugar to diabetes independently of weight gain (though as the correction at the bottom says, it stops short of saying directly that sugar causes diabetes).

Still, one of the study’s main boosters, Dr. Robert Lustig, is definitely anti-sugar, as evidenced in the quote in the title of this thread.

So, what do you think of the study? Should we approach sugar as a diabetes-causing “toxin”? If so, what should we, as a people and a government, DO about it?

Considering that we haven’t all dropped dead despite consuming huge amounts of sugar for a long time, if it’s a “toxin” it’s not a very effective one. And dietary advice that boils down to “eat nothing but flavorless gruel for the rest of your life, it’s good for you” tends to result in people just giving up entirely on eating healthy and eating as they please. So I’d say pretty much ignore it; there’s reasons besides that study to moderate our sugar intake, and running around screaming that "sugar is poison!" is just going to have the opposite of its intended effect.

The less sugar I have the better I feel. Still can’t resist a pepsi now and then.

Given that without sugar (glucose), cellular respiration can’t take place and you’ll die, this strikes me as a somewhat curious assertion… Of course, glucose is produced endogenously, say from starch; but I’m unclear on whether it’s even possible to survive with a zero-sugar intake.

You can survive with a zero sugar intake, yes, because as you said it can be produced by the body. Only a few organs actually require sugar to function, the rest can run directly off fat energy via ketosis.

I don’t know what the exact definition of “toxin” is, but certainly by common use it doesn’t fit.

However, it does seem pretty obvious that excessive sugar intake leads eventually to type 2 diabetes and I’ve always been puzzled as to why this is controversial or unsolved. Consuming more sugar and other carbohydrates in greater quantities than your body can regulate via insulin metabolism leads to insulin resistance/insensitivity, which is a progress condition which eventually results in diabetes. Increased insulin levels leads to other factors like obesity, high blood pressure, and artery hardening, so that’s why these things correlate, but medical science does not seem to understand the causal relationships that seem pretty obvious. All are a symptom of “metabolic syndrome”/syndrome x/insulin resistance, which is a result of some combination of diet and genetics.

However, it does seem pretty obvious that excessive sugar intake leads eventually to type 2 diabetes and I’ve always been puzzled as to why this is controversial or unsolved.

Although it can, there’s a probably-false idea in many circles that we can find some magically perfect diet with no downsides, (B), that people would eat it if they did, and (C), that it would be worth it if we did. It actually takes a lot of sugar, or simple age, to get into diabetic territory.

A good rule of thumb: referring to any substance as a “toxin” is a solid clue that the person doesn’t know what they’re talking about.

I guess it’s a lot sexier and quotable to say that “sugar is toxic” than to say “consuming excess sugar can have harmful health effects”.

Everything is toxic if you have too much of it.

Everything is toxic if you have too much of it.

True; consider water intoxication for example. Overload the body with anything and it’ll cause problems.

Alan Aragon on the topic in the video below. It’s from last year when Lustig said sugar is toxic on 60 Minutes. I skipped the video ahead a little.

However, it does seem pretty obvious that excessive sugar intake leads eventually to type 2 diabetes and I’ve always been puzzled as to why this is controversial or unsolved.

The study seems to be concentrated on whether sugar, on its own, causes diabetes independently of weight gain. Apparently that is unproven or controversial.

I hope these guys never hear about salt. Now that is dangerous stuff!

The study seems to be concentrated on whether sugar, on its own, causes diabetes independently of weight gain. Apparently that is unproven or controversial.

Yes, the relationship between diabetes, being overweight, and sugar intake seems to baffle nutritional science. They know there’s correlation, so they’ll say stuff like you increase your risk of diabetes if you’re overweight, but they don’t seem to understand the fundamental relationship.

Chronically elevated insulin levels cause you to be overweight for various reasons - insulin is a trigger to tell your fat cells to store as much fat as possible and not touch it for energy generation, it causes you to retain water, and various other controls. If you have high enough insulin levels for long enough, your body becomes desensitized to it (known as metabolic syndrome/syndrome x/insulin resistance), which means that you’ve got to produce even more insulin to handle the same degree of blood sugar spike, which increases the health consequences of high levels of insulin levels. Eventually you reach the point where your body is so insensitive that your pancreas can no longer produce enough insulin to get the proper response from cells - which is fundamentally what type 2 diabetes is.

Is this true? Your body needs a certain amount of energy to run and I don’t see how elevated insulin could change that. The only way I could see this working is if elevated insulin made you feel lethargic, causing you to move less, which uses less energy, allowing calories to be converted to fat instead of energy.

Check out the link I posted.

First time somebody told me that sugar was a “slow poison,” my response was, “Good. I’m in no hurry.”

Well, of course it is.

All the food is poison!

I have had no sugar or starch since November 1. No bread, pasta, rice, taters, starchy vegetables, none. Not one tiny bit of sugar or sugared food, save one pot brownie. Within two weeks, I felt better than I had in 20 years. I still do, and have lost a preposterous amount of weight.

My one data point.

^ When one avoids large groups of foods, it is not unusual to be eating at a caloric deficit and that eventually leads to weight loss. Weight loss can definitely make one feel better, especially since they put a lot of effort into it. There are better ways to go about it, IMHO. Unless you have a specific medical condition, I see no good reason to avoid sugar and starchy foods. Food avoidance leads to yo-yo dieting far too often. I like the following article: 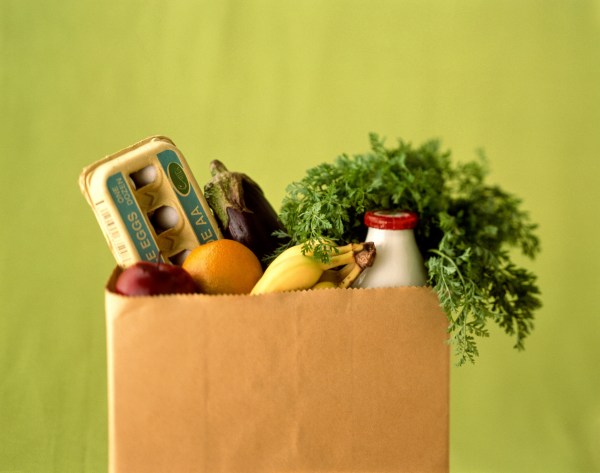 Nothing! Everything's Fine in Moderation | ‘Healthy’ Foods that Really...

You'll be surprised at the list of health foods that some nutrition experts won't touch.