Three issues in one thread!

I’ve been searching for discussion on these issues in the headlines today and haven’t been able to find anything. Feel free to link to threads on them if I’ve just missed them. But assuming they are not being talked about, this is as good a place as any. 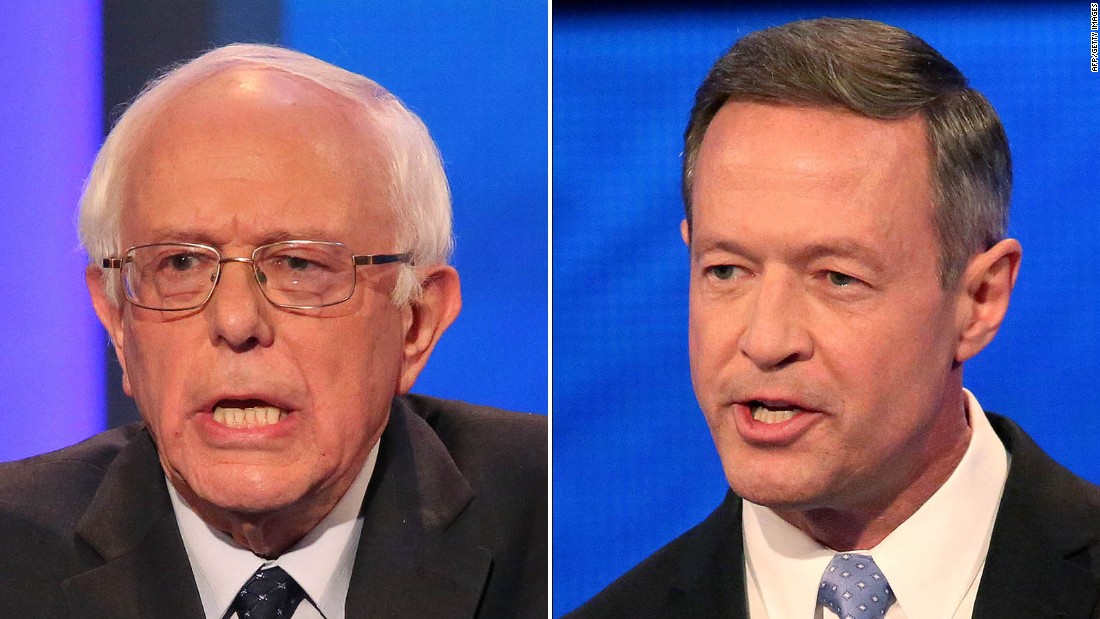 Bernie Sanders and Martin O'Malley on Thursday blasted a report that said the Department of Homeland Security is planning raids that would target for deportation families of undocumented immigrants from Central American countries.

It seems to me that they had to do this to avoid the misperception that just anyone can run to the US and claim asylum. Plus these raids target people who are already under deportation orders, so I’m not sure what the controversy is about.

Speaker Paul Ryan has elevated Puerto Rico to the top of the congressional agenda.

I like the idea of bankruptcy. States should be allowed to declare bankruptcy. That’s how the market handles such things. I also believe that if they do that, they should reap the consequences of having difficulty borrowing and at higher interest rates. I don’t support a taxpayer bailout. The borrowers and the creditors should pay, not the whole country.

Jim Webb looks closer to running as an independent:

It looks to me like he’s just angry, and spite has never made for very good independent runs. Nevertheless, he does occupy the sweet spot for independent candidacies(the populist center), so could make some noise if he can get backing.

I’ve wondered about bankruptcy of a state (being within constant earshot of Illinois politics will do that to you) and about the general attitude of “well…that’s just not an option”. Is it because it would truly be destabilizingly disasterous? Or is just because it hasn’t been done before (in the US) and it is a big unknown?

I could see the fear of one state doing it and several others following - because it would (maybe) be politically easier than fixing structural financial problems after the first one goes.

It’s disastrous because it would force severe cuts in public services anyway. It’s not actually an escape, so much as it peels the band aid off quickly rather than continuing having financial problems forever. Any state that went bankrupt would see a recession, huge rise in unemployment, and an exodus of skilled workers. A bankruptcy could also trigger a national recession if creditors get hurt enough, since pension funds tend to be invested in government debt because it’s “safe”.

All that being said though, I do think states should be able to declare bankruptcy. It’s better than perpetually being in trouble as Illinois and California and Puerto Rico are.

Will they be doing okay when the next recession hits?

Why should I have to read the entire OP, just to discover what the thread’s about?

Also a note on the Puerto Rico situation: among the 50 states, autonomous sub-units of each state, such as chartered municipalities and corporate entities like a Ports Authority or Water Utility CAN go into Chapter 9 bankruptcy (e.g. Detroit). The state itself as a nominally sovereign entity can’t. The twist is in PR, since an amendment to the US Code in 1984, NO public entity may go into Chapter 9. And some of the proponents in the current debate are calling for a Super Chapter 9 that would apply to the whole of the commonwealth – which is highly opposed in Congress since then the proper states would want to have it too, unless you argue that as an unincorporated territory the commonwealth has no internal sovereignty but merely home-rule devolved from Congress (which BTW* is*** going to get argued before SCOTUS next term in an otherwise unrelated case) and thus what applies there need not apply to a state.

This guy. Former Secretary of the Navy and Senator.