“Tightness” in late 70s bands, and in general

I’ve heard a lot of people I respect say that the B52s were shit. For me, “Loveshack” is absolutely unbearable, but I enjoyed “Rock Lobster”, I thought it was up there with my favourite music. Then one time I realised it was only the end bit of “Rock Lobster” I really liked, the bit after 5:00 on the studio version.

Today, having listened to it again, I realise that even the last 2 minutes of the song don’t actually hold up against what I regard as the acme of they were trying to achieve; “I’m Not In Love” and “Stay Hungry” by Talking Heads, which came out in the same year, 1978. I think the difference might be what people refer to as “tightness”, but I’m not sure.

People say that Dr Feelgood were incredibly “tight” when performing live. I think I understand what that means, but I’m not certain. I’m not a musician at all but I can dance better than 98% of people, so when the drums, bass, lead, rhythm and vocals can confidently play complex rhythms together I really appreciate it. Is that what people mean by “tight”? Is that what’s missing with the B52s? And if the answer to that question is yes, then why couldn’t they at least fake it in the studio?

Also, did anyone see both Dr Feelgood and Talking Heads live? Were the Heads as “tight” as Feelgood?

“Tight” generally meant that the band worked well as a unit. They play the notes on time and in a way that sounds seemless, as though one individual was playing instead of multiple players.

That’s my understanding as well. It’s how well a band plays rather than whether the music is “good”. For example, I’m sure The Who were tight as hell. But their music was all shite.

Hmm. Some Feelgood lyrics are embarrassingly bad when you listen to them on the album but it seems they were very exciting live. I do actually like mid 60s Who, the impression I get of their live performances was that they were “loud” rather than “tight”

I wouldn’t count the Who as an example of a tight band, they all tried too much to outperform each other to be considered tight. In fact, Pete Townshend always had a hard time keeping the sound together, though that razor dance always sounded good. Dr Feelgood though are a good example, and the first two others that come to mind are Elvis Costello & The Attractions and AC/DC.

I actually have no idea whether The Who was a tight band or not. I just enjoy the opportunity to talk shit about The Who.

I would say compare Zeppelin’s two contemparary live albums The Song Remains the Same and How the West was Won, recorded under a year apart. I think TSRTS is an awesome album, but HTWWW is shit. While some of the songs in TSRTS ramble on long trips down strange paths, you can still tell what song they are performing. In HTWWW, I’m not even sure Page knows what song he’s playing half the time.

So IMO, TSRTS is tight, HTWWW is not, (Reviewers disagree with me)

So IMO, TSRTS is tight, HTWWW is not, (Reviewers disagree with me)

I see it just the other way around, The Song Remains The Same is a disconnected, rambling mess, while How The West Was Won sounds much more focused to me. But I wouldn’t consider Led Zep as an especially tight band anyway, they were much like the Who in that regard.

I dunno, I just listened to “Rock and Roll” on each album - the HTWWW version would just wash over me, but I would feel compelled to dance to the SRTS version. What the difference is I’m not sure, I’m just interested to hear the thoughts of people who have played in bands.

As an example of a tight band, pick any backing band for a 60s Black blues guitarist.

If people I respect told me they didn’t like the B-52s, I would disagree but would still respect them.

If they told me the B-52s were shit, however, I would no longer respect them. Because they would be wrong and glaringly so.

The B-52s didn’t have to be tight. Because they were fun. Unlike 10CC, I band I respect more for the semen joke than the music. And I don’t respect the semen joke very much at all.

If they told me the B-52s were shit , however, I would no longer respect them. Because they would be wrong and glaringly so.

The B-52s didn’t have to be tight. Because they were fun .

Fair play, though I’m sure most of us have bands we can’t stand. I started the thread because I realised that musically they’re not as good as I had thought they were.

One thing I associate with being a tight band is the ability to perform live what was previously heard on studio albums, and it sounds just as carefully crafted and deliberate as when they had the opportunity to splice the best of multiple takes and subsequent editing and massively engineer what you hear.

I will speak of Yes, who could reproduce “Close to the Edge” (for example) on a stage in front of you and all that incredible mass of complex sounds and their interplay come out of those stage speakers and you realize every bit of what was on the studio album is a deliberately intended thing. Not some engineer saying “ooh, this accidental transition sounds good, and now I’ll fade this into that…”

I should also mention Sarah McLachlan, whose band – and her own vocal and keyboard work – show a similar exacting musicianship, not getting up there and doing an enthusiastic but sloppy rendition of an audio-airbrushed studio masterpiece but instead doing it with just the right sonic blends and timing and texture as the version they put out on the studio album.

Definition of a tight band: 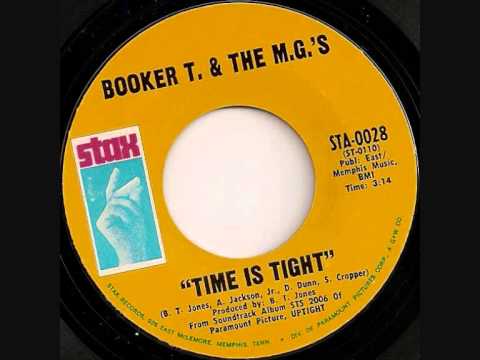 Definition of a tight band:

Even back then, they were a band powerful enough to turn goat piss into gasoline.

The Philadelphia Orchestra was a tight band (as most orchestras are), and they were great when I saw the backing Ray Charles.

I find this interesting especially in regards to Cream. Would you define their live playing “tight”? They played with and sometimes against each other, but they always had “time” as Ginger often said.

Cream. Would you define their live playing “tight”? They played with and sometimes against each other, but they always had “time” as Ginger often said.

Doesn’t matter, still fun to discuss. I wouldn’t have said they were particularly tight. But I’ve heard Ginger Baker contrast himself with other drummers as unlike them he has “swing”, which complicates things. Whereas Keith Moon “understood polyrhythms”. Perhaps there needs to be a separate drumming thread.