In reading accounts of the sinking of the RMS Titanic, I read that several people claimed (long after the sinking), that they had experienced a “bad vibe” about the ship, and hence, decided not to sail on her.
My question; did anyone investigate and verify/disprove any of these claims?
Given that the ship was widely believed to be “unsinkable” (by virtue of the watertight bulkheads), somebody expressing fears about the ship would probably be treated with derision.
Also, many alleged “psychics” often make statements afetr notable disasters (like the Titanic sinking), hoping to make money; was this the case ?

Well, there was this eerily prescient book, http://en.wikipedia.org/wiki/Futility,_or_the_Wreck_of_the_Titan, but I’ve never read that any psychics foretold the sinking of the RMS Titanic, or that anyone in particular got a bad vibe about the ship.

People get “bad vibes” and general senses of foreboding all the time. You don’t remember them unless something bad actually happens.

That happens with almost all major accidents that involve lots of people. Watch the news after a large airliner crash sometime. They will usually show people that were supposed to be on that flight and weren’t for some reason. Some backed out on their own accord for whatever reason such as fear of flying or they may have gotten stuck in traffic and didn’t make the flight. Lots of them truly believe their psychic powers protected them or that there is a higher power or guardian angel that rearranged the whole world so that lots of other people’s lives would be permanently destroyed but theirs would be saved. It is a common but very odd and self-absorbed view of the universe. Any event that requires coordination among lots of people will have a few that have problems and don’t make it. Some of those events will end in disaster so it perpetuates that illusion.

The strangest credible example of this type of thing involves a Nebraska church that blew up yet every single person that was supposed to be there was late even though almost none of them were regularly. It does make you wonder why God didn’t just pay to have the furnace fixed though. It seems like that would have been easier. When a Nebraska church exploded in 1950, no one was injured because every single member of the choir was coincidentally late in arriving for practice that evening.

By finding descriptions of their “bad vibes” written before the incident, I suppose. But even then, it would be extremely difficult to prove that there were more “bad vibes” than average in a particular group of people, before a specific time.

My scenario would be something like this:
" I had purchased tickets for myself and my wife, on the ROM Titanic, sailing from Southampton. The day before the sailing, I was struck by severe sense of doom…and therefore contacted the White Star offices. They were most accomodating…I told them that I had suddenly taken ill, and respectfully requested changing my ticket to passage a fortnight hence. On the morning of April 13, I was horrifed to see that RMS Titanic had sunk, with much loss of life…"

My scenario would be something like this:
" I had purchased tickets for myself and my wife, on the ROM Titanic, sailing from Southampton. The day before the sailing, I was struck by severe sense of doom…and therefore contacted the White Star offices. They were most accomodating…I told them that I had suddenly taken ill, and respectfully requested changing my ticket to passage a fortnight hence. On the morning of April 13, I was horrifed to see that RMS Titanic had sunk, with much loss of life…"

OK, so let’s say you’re an investigator, and you run across a story like this. How do you know it’s true? The only verifiable fact would be that they changed their ticket. Beyond that, you’re relying on their word. How do you know he didn’t actually take ill, and only decided later that that illness was a sense of doom, or a warning, or whatever?

To my mind, the only possible scenario that I would consider reliable is if someone published their “sense of doom” publicly before the Titanic ever left dock. Even then, assuming that you were able to collect a large number of these, you’d have to show that there were significantly more of them than there were for other, similar voyages, and control for the greater publicity, etc, etc. Note that none of this proves these feelings never occurred, just that it’s next to impossible to prove it.

I’m a scientist. In my world, how a data point is collected is at least as important as what that point is. I’m discovering that it’s getting harder and harder, as I progress in my training, not to nitpick every thread to death.

Titanic was built using the most advanced technologies available at the time. There’s always people who have “bad vibes” when it comes to new technology. Nothing supernatural about that.

This reminds me of the poster who said the Led Zepplin cover “When the Levee Breaks” was prophetic of the Katrina disaster. Given enough time, a dam is going to break somewhere. Like friedo says, confirmation bias.

“Oh, when the plane crashes,
there will be tears and flames,
lawsuits and claims,
laments written by actual songwriters.
La-La-La-Da-Da-La-Da.” 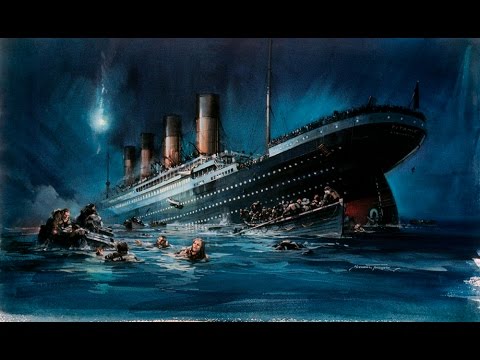 For all not wanting to check a link to a video with no explanation, the video is about a conspiracy theory that proposes that the Titanic was sinked deliberately for insurance purposes, with the White Star Line company switching Titanic with the recently damaged Olympic.

[Warning, while the website linked here does a good job on discrediting conspiracies with their evidence against them, the website is set to look attractive to the ones in favor of the conspiracies, many of which do not bother much on looking at the “against” section and the setup gives the impression of giving the “evidence for” the same value as the “evidence against”] 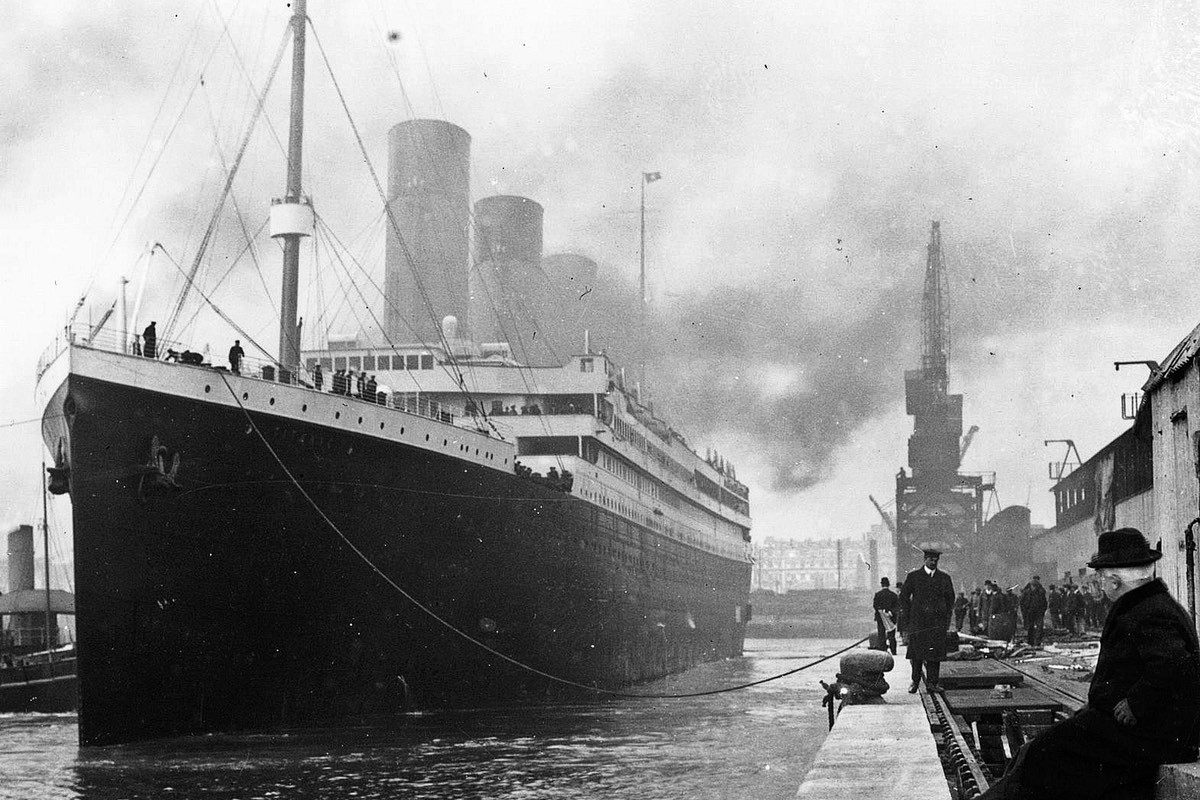 Was the Titanic swapped with its sister ship the Olympic as part of an insurance scam?

Whilst the wreck of the Titanic found in 1985 provided some evidence in favour of the swap theory, more emerged that suggest the ship found at the bottom of the Atlantic really was the Titanic.

The Titanic’s identification number - 401, is stamped in multiple places on the wreck, and on furniture and other artefacts found by salvagers. Could the swap really have been so elaborate to include swapping furniture and decor between the two ships?

2)** Differences between the ships**

Titanic scholars and historians say the proponents of the insurance swap theory have overstated how similar the two ships were.

Whilst superficially alike, there were several important structural differences, as well as aesthetic changes made to Titanic to distinguish it from its sister.

There are several internal differences in layout between Titanic and Olympic

The 1st class A deck on Titanic was enclosed in a glass screen but was open on the Olympic. Titanic’s wheelhouse was flat at the front and the Olympics curved.

Olympic’s B deck had a 1st class promenade, whereas Titanic had private verandas and suites. Indeed many passengers were booked into the suites,  an impossibility if the ship was really the Olympic.

The Titanic was infamously described as ‘unsinkable’. Whilst this proved to be incorrect, only a freak set of circumstances managed to sink it.

Could plotters really have engineered something so complex as the sinking of the world’s largest vessel, in the middle of the Atlantic ocean?

With so many variables and so many things that could go wrong how could they be sure they would succeed?

If their plan was discovered the consequences would have been dire. The perpetrators would be blamed for the deaths of 1500 people, perhaps even charged with their murder.

Would the likes of White Line and JP Morgan - a billionaire who could afford any potential losses on the Olympic, really risk the gallows for an insurance scam?

The Olympic, or, if the insurance swap theory is true the Titanic disguised as the Olympic, continued to serve for many years.

It acted as troop transport in WW1 and resumed service as a luxury liner in the 20s and 30s before been finally retired in 1935.

For all not wanting to check a link to a video with no explanation, the video is about a conspiracy theory that proposes that the Titanic was sinked deliberately for insurance purposes, with the White Star Line company switching Titanic with the recently damaged Olympic.

Seriously? Nothing about the timelines of the two ships could reasonably support such a notion unless you postulate Bugs Bunny craftily switching the signs at the dock as the whole of the conspiracy.

I have no doubt that at least one person predicted disaster for the Titanic. Someone somewhere is predicting disaster for every major undertaking. And if you call a ship ‘unsinkable’ someone is likely to predict it will sink on it’s maiden voyage. And then there are the professional clairvoyants who predict everything on earth, turn out to be correct less often than a stopped clock, and ignore all their incorrect predictions in favor of the one time they got it right then claiming proof of their second-sight abilities. Whenever a couple gets married I predict that it won’t last and over time I’m proven right quite often, and eventually I’ll be right about every one of them.

Seriously? Nothing about the timelines of the two ships could reasonably support such a notion unless you postulate Bugs Bunny craftily switching the signs at the dock as the whole of the conspiracy.