Tools that are no longer made ...

This is going to be a tricky one. Somebody at NPR has posited this particular question: Name a tool that is no longer used. Apparently, this is a tougher question than it might seem. Here’s an NPR link, first off: 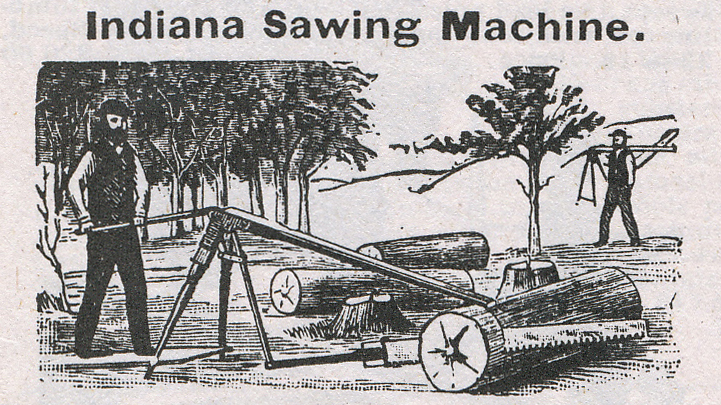 Krulwich makes a bet he can find tools that have gone extinct — but it turns out old technology doesn't disappear like you'd think. Tools from centuries ago are still being made — and used, by more people than you'd think.

So yeah, they still make carbon paper, steam engine parts and … stone tools? Well, if people are knapping flint, for experimental purposes, they anything could still be being made.

Over at Fark.com*, the consensus is that 5-1/4" floppys should not be being manufactured, and I say Kodachrome – the film and related items. But I can’t really be sure someone isn’t making those just for the fun of it.

So dopers, any better answers?

*Oh, and in case someone on this planet doesn’t know, if you go to Fark.com without ultra-armoring your browser against adverts, everyone at work will see you browsing bikini girls, so be careful, or be able to get away with it, or stay away and don’t blame me.

Robert Krulwich is looking for any old tool that is no longer made. Any tool....

Yep. They even make them with USB interfaces now, since most computers no longer have a floppy drive interface on the motherboard.

Here’s an Epson for sale. Doesn’t say if it’s new or old stock that never sold. Does look old school, though.

How about an armature growler, used to test for loose windings in motors and in alternators and generators? They are still used and they’re handy, but I doubt that one has been manufactured in the last twenty-five to fifty years. I just searched ebay, McMaster-Carr, Amazon, and the Snap-On catalog and got zero hits.

Do medical procedures count? (tool of the trade?)
*
Since ancient times women considered to be suffering from hysteria would sometimes undergo “pelvic massage” — manual stimulation of the genitals by the doctor until the patient experienced “hysterical paroxysm”*

Female hysteria was once a common medical diagnosis for women, which was described as exhibiting a wide array of symptoms, including anxiety, shortness of breath, fainting, nervousness, sexual desire, insomnia, fluid retention, heaviness in the abdomen, irritability, loss of appetite for food or sex, (paradoxically) sexually forward behaviour, and a "tendency to cause trouble for others". It is no longer recognized by medical authorities as a medical disorder. Its diagnosis and treatment were In...

There are a whole range of tools that were used to stoke and maintain coal fired boilers that had been very popular at one time that I doubt are being made any more.

The Saturn V rocket is no longer being made. In fact NASA junked the plans so they couldn’t make one today even if they wanted to. Not sure if that counts as a tool but if you’re going to count cameras and storage devices, why not?

Yankee magazine ran a feature every month called something like “What is This?” Readers would send in pictures of peculiar antiques that other readers or staff members would identify. For all I know, they’re still running it. It was filled with weird defunct tools.
http://www.kaboodle.com/reviews/vintage-yankees-book-of-whatsits.-identify-old-antique-tools-equipment-gadgets.-9

How about an armature growler, used to test for loose windings in motors and in alternators and generators? They are still used and they’re handy, but I doubt that one has been manufactured in the last twenty-five to fifty years. I just searched ebay, McMaster-Carr, Amazon, and the Snap-On catalog and got zero hits.

Are tube testers still being manufactured? When I was a kid, these things were popular - the local electronics shop had one, but so did the Katz drug store. Now the only things that use tubes are guitar amps and a small percentage of audiophile and studio gear.

I worked in land surveying before the advent of electronic distance measurement, but by that time the Gunter’s chain had been replaced by an ordinary steel tape measure, usually 100 ft. long and marked in decimal feet. Some of the older land descriptions were still measured in the old units, but these were converted to decimal feet for surveying calculations and in current deed descriptions. Bearings were given in DD.MM.SS, and were converted to decimal degrees for calculations, but for some reason were converted back to degrees-minutes-seconds for the legal record.
SS

Microfilm-readers and magnetic-tape readers of certain kinds. I don’t remember all the details, but back in the 70s, NASA sent a (rather expensive) probe into space and put the data gathered onto magnetic tape, which was the common storage media at the time. Two decades or so roll by during which they are too busy with other stuff, but then they want to look at the data again, and can’t read the tape because it has deterioated so much that it peels apart when put through the reader. (Okay, that’s strictly more under the heading of “limited longetivty of archive material” plus “failure to immediatly switch storage mediums when new tech comes out”*). So the whole scientific data, gathered at great cost and valuable to many science areas, is irretrievable lost. (Even sending a second probe won’t get the same data, as stars have shifted, gone nova etc.)

I think a similar case is with the US census taken in the 50s - it was stored on some computer-based medium which nobody has the reader hardware or software for anymore. The 1870 census, by comparison, was done on paper and therefore can still be used as baseline for comparisions.

I’ve forgotten which kind of magnetic tape/microfiche exactly, but there’s one kind which has only three machines in the whole world left, one in Germany, one in Japan, and one in the US(?). The companies that manufactured them went long out of business, the other institutions threw them away. If anything happens to one of the 3 remaining machines, the others will have to be cannabilzed for parts, because spare parts can’t be reproduced anylonger.

How do you define “tool”? I mean, from the looks of some of these replies, some machines are being defined as tools…so if you go that route: Nintendo and Super Nintendo is no longer being made.

The Saturn V rocket is no longer being made. In fact NASA junked the plans so they couldn’t make one today even if they wanted to. Not sure if that counts as a tool but if you’re going to count cameras and storage devices, why not?

If you want to include the Saturn V, then we’d also have to count the Model T. My preference would be to exclude both on the grounds that the OP is looking for an entire class of tool, while the Saturn V and Model T are merely specific models of rocket and car.

But then I guess we’d end up arguing over the 5 1/4 floppies.

I think you have to distinguish between sold and manufactured. People sell all kinds of things that are no longer made.

I would posit that no one manufactures blank 8 track tapes anymore.

Surely this theory requires a very liberal definition of the terms “tool” “invention” “technology” “extinct” and “still in use.”

I was listening to this story this morning in the car when my GF was dropping me off at the Metro and I immediately turned to her and said, “Iron maiden.”

Based on the article, this is my interpretation via an example:

Let’s say we answer “roller skate key” (let’s assume they are no longer made, even if they are). Well, that would be disqualified, since it’s nothing more than a specialized key. Keys are still being made.

Nonsense, I have my original custom built first PC which has a floppy reader for 5 and for 3 floppies, I have an external 3 floppy for a laptop that I also still have, I even have a compaq with zip drive. Helll, I even have an ancient wang archiver and a sperry univac 1616 snap 2 that needs an OS.

Now, what format would you like read? I can probably figure a work around to get it onto an external HDD or onto CD or DVD. I don’t do blu ray yet so I cant do that.

I am hardly the only geek packrat to still have pretty much every computer I have ever owned [though I did give away 2 laptops, an ancient thinkpad and an old HP because people needed them.]

I said “normal PC”. That refers to both the PCs in the reading room of the library itself, and to the PC or rather, laptop, that the average student has at home. If you need to ask around to find a specialist in order to read a file, that’s not accessible, compared to opening the printed book or popping a CD into the CD-drive on the average laptop.

I have a very old PC at home, too, but it’s so old it only has 5’’ and 3’’ but no CD. I could rig up a home network and transfer the files to my laptop which has a CD-burner. But I’m not going to do this routinly for a guy from the street asking me how to read this old format, maybe for a friend privatly. Most of the students at the university are younger than 30, I wonder if half of them know what a 5’’ floppy is.