In William Shakespeare’s 1606 play Macbeth, the Scottish lord who is the title character becomes Thane of Cawdor and Thane of Glamis, as predicted by the three witches - before, through bloody regicide, becoming King of Scotland.

There is a long-standing superstition, among actors and others involved in the theater, around Shakespeare’s Macbeth. According to the supersition (which is known as “The Scottish Curse”), it is bad luck to say the name “Macbeth” inside a theater, unless it is called for in the script during an actual performance or rehearsal – the superstition holds that doing so will cause bad luck to befall the production.

The superstition is based on the premise that Shakespeare (or revisers) used actual spells from real witches in the script, which angered the witches and caused them to curse the play.

In 1886, David McConnell founded a company that initially sold perfume. Known as the California Perfume Company, it was one of the first firms to utilize women as door-to-door salespeople. In 1929, the company introduced a new line of cosmetics, named ‘Avon’ after McConnell’s visit to the birthplace of Shakespeare. McConnell died in 1937, and two years later the company’s name was changed to Avon.

Anne Hathaway’s cottage is a twelve-room farmhouse in the village of Shottery, outside Stratford-upon-Avon. When Anne was born there in 1556, it was a three-room cottage, built by her grandfather in 1463. The house was enlarged as the family fortunes prospered; it is now a popular tourist attraction, billed on its website as the place “where Shakespeare courted his bride-to-be.”

The C.F. Hathaway Company was a Maine-based manufacturer of men’s shirts. The company was known for its long-running “Hathaway Man” advertising campaign, which was first created by the Ogilvy & Mather ad agency in 1951. The campaign depicted the wearer of a Hathaway shirt as being sophisticated and elegant, with a history of interesting experiences (sort of a forerunner of Dos Equis’ tongue-in-cheek “The Most Interesting Man in the World” ads); the Hathaway Man was also always depicted wearing an eyepatch. 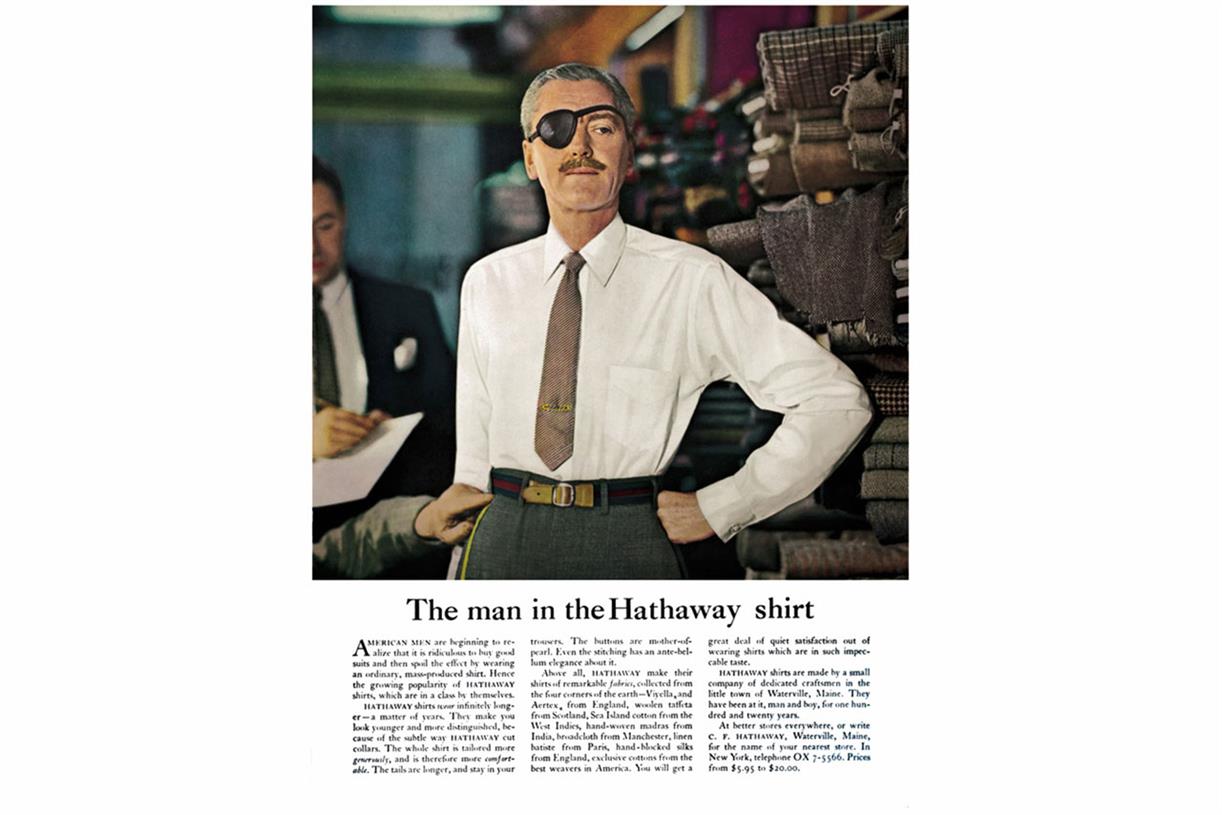 In 1984, Kulp ran for the House of Representatives from Pennsylvania as a Democrat.

Buddy Ebsen called up her Republican opponent and volunteered to do an advert for him, claiming that Kulp was “too liberal”.

Buddy was a male chocolate-colored Labrador Retriever, was one of two pets kept by the Clinton family while Bill Clinton was President of the United States. The Clintons’ other pet was a cat named Socks. Clinton acquired Buddy as a three-month-old puppy and named him after his late great-uncle, Henry Oren “Buddy” Grisham, who had died the previous June and whom Clinton often cited as a major influence on his life

Denali, the tallest mountain in North America, is located in the Alaskan interior. The mountain’s name was given to it, centuries ago, by the native Alaskan Koyukan people, but was then dubbed “Mount McKinley” by a gold prospector in 1896, after then-Presidential candidate William McKinley. It was officially named Mt. McKinley by the U.S. government from 1917 until 2015, when the Department of the Interior restored its formal name to the original “Denali.”

Although Mount Kilimanjaro, the tallest mountain in Africa, lies just 200 miles south of the equator, it is perpetually snow-capped. Kilimanjaro is located in northeastern Tanzania, close to the Kenyan border.

Kilimanjaro Airport opened on 2 December 1971 and cost $13 million to build. The construction was financed by a long-term loan from the Italian government. In 1998, it became the first international airport in Africa to be privatized and is operated by the Kilimanjaro Airport Development Company. The airport bills itself as the “Gateway to Africa’s Wildlife Heritage”.

Not in play: I actually have been through that airport, changing flights from Arusha to Nairobi on the way to the Masai Maru. Three prop-planes from airlines I still don’t know. One of the reasons I figure I’m going to live forever…

In the early 1950s, when Italian politics were notorious for their upheavals and instability, this joke made the rounds:

Two Italian MPs are sitting on the back benches, very bored, as a parliamentary debate drones on around them. One says, “I think I’ll take a little nap, Paolo.”

The other nods. “Of course, Giorgio.”

Awhile later, Giorgio wakes up, looks at the clock and is surprised to see that nearly an hour has passed. He stretches and yawns. “Did I miss anything, Paolo?” he asks his seatmate.

“Not much,” the other man says. “But you were Prime Minister twice.”

The Drones Club was the fictional club which most of the young men in P. G. Wodehouse’s stories belonged to, notably Bertie Wooster, Bingo Little and the Hon. Freddie Threepwood, younger son of Clarence, Earl of Emsworth.

There was another club frequently mentioned in the Blandings saga, namely the Pelican Club, now defunct. The Hon Gally Threepwood, younger brother of the Earl, had been a member, and always maintained that the Pelican Club had been far more lively than the Drones, which he viewed as an example of the latent degenerancy of modern youth.

The world’s most densely populated islands with a population over a million are Manhattan island (59 square km, 1.6 million) and Salsette Island, on which the cities of Mumbai and Thane are located (620 sq km, 19 million).

New regulations oblige people to register drones which weight more than 55 pounds. People who purchased these drones need to register them to FAA. They will pay an extra fee for the registration.

I read that on the internet so it must be true!

As Steven Wright once said: “I intend to live forever. So far, so good.”

The Blues Brothers is a blues and soul group, originally created by Dan Aykroyd and John Belushi for musical sketches on Saturday Night Live. Aykroyd and Belushi, who were inspired by a number of acts, including Sam and Dave, and the Downchild Blues Band, performed in-character, as brothers Elwood Blues and “Joliet” Jake Blues, along with an all-star lineup of musicians.

Joliet Correctional Center closed as a holding prison in 2002. Budget cuts, and the obsolete and dangerous nature of the buildings, were the cited reasons.

All inmates and most staff were transferred to Stateville Correctional Center, located in Crest Hill (IL), about ten miles north of the original prison.