Link ain’t working for me…

It has two HTTP:// on it. This link should work: 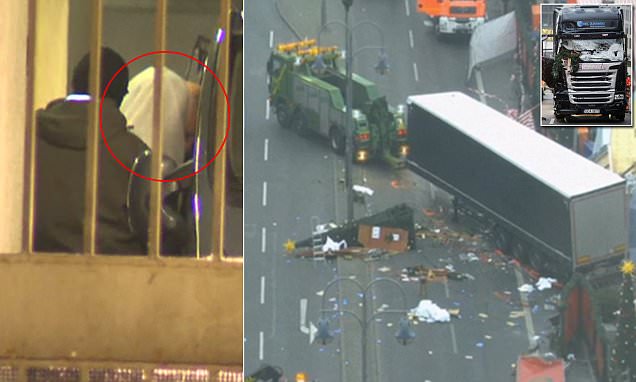 A second terror attack in Berlin could be imminent after police admitted the killer lorry driver who mowed down 12 people at a packed Christmas market is on the loose and armed with a gun.

They’re speculating it’s a terrorist attack. Maybe there was some evidence in the truck. The driver is still at large.

This is right by the zoo, correct? I was there this spring and thought I recognized a building on the TV.

It happened in front of the Gedächtniskirche, so very close to the zoo.

The truck was loaded with steel beams.

It happened in front of the Gedächtniskirche, so very close to the zoo.

Driver’s caught, and surprise, surprise, he’s a refugee of Afghan heritage, who arrived in Germany in February. The guy who was supposed to be driving the truck, a man of Polish origin, was found dead in the cab, and it’s thought he had been hijacked.

Speaking on Polish news channel TVN24, the owner of the haulage firm Ariel Zurawski said his relative would not have committed an act of terror: 'I can say hand on heart that the man who drove into those people in the centre of Berlin was not my driver.

Just weeks ago, US tourists were warned to be on high alert if visiting traditional markets in Europe due to a heightened terror threat.

The US State Department issued the advice for citizens travelling to the continent during the holiday season.

The warning came after it was revealed ISIS encouraged lone jihadis to use trucks as weapons to target large-scale events.

'This is my cousin. I’ve known him since I was born. I can vouch for him.

'My scenario is that they did something to the driver – they hijacked this vehicle because it was practically in the centre of Berlin and they had a good vehicle with which they could do what they did.

'They did something to my driver, God forbid, something serious. It looks like that.

‘We haven’t heard from him since this afternoon. We don’t know what happened to him.’

And a couple of days ago, a 12-year-old Iraqi-German boy was arrested and accused of attempting to set off a nail bomb in a Christmas market somewhere else in Germany.

And a couple of days ago, a 12-year-old Iraqi-German boy was arrested and accused of attempting to set off a nail bomb in a Christmas market somewhere else in Germany.

The part I love about that story is that he made two attempts to blow up a gathering. His bomb on the 26th of November didn’t go off. From here (a German magazine, hence the Engrish):

According to the FOCUS, the twelve-year-old deposited a backpack with a self-made ignition device in a bush near the town hall on the 5th of December. Already a few days before, on November 26th, according to FOCUS, he should have tried to light the explosives on the Christmas market. In the backpack was a preserving jar with a bored hole through which a wire protruded. It was filled with blasting powder. From the outside, the container was wrapped with adhesive tape and prepared with nails.

It may not be PC, but, provided it’s proven beyond a reasonable doubt the kid did those two attempts, I don’t see why we need to keep people like him around. Or why he needs to keep drawing air. Are you really going to rehabilitate someone like him?

Driver’s caught, and surprise, surprise, he’s a refugee of Afghan heritage, who arrived in Germany in February.

The BBC (link: http://www.bbc.com/news/live/world-europe-38370364 ), citing the German newspaper “Die Welt”, says that the suspect is from Pakistan.

Suspect named by German paper
Posted at 9:03
Die Welt, the German national daily newspaper, says the suspect is believed to be a 23 year old who it has named as “Naved B”, from Pakistan. The paper says he was born on 1 January, 1993.

The newspaper is also reporting that a German special forces unit has stormed a hangar at Berlin’s Tempelhof airport, where it says the suspect had been living in a refugee shelter.

The BBC (link: http://www.bbc.com/news/live/world-europe-38370364 ), citing the German newspaper “Die Welt”, says that the suspect is from Pakistan.

That’s what I heard too, but it’s still no surprise.

Great. Now they think the suspect is probably not the driver and the real driver might still be on the loose. 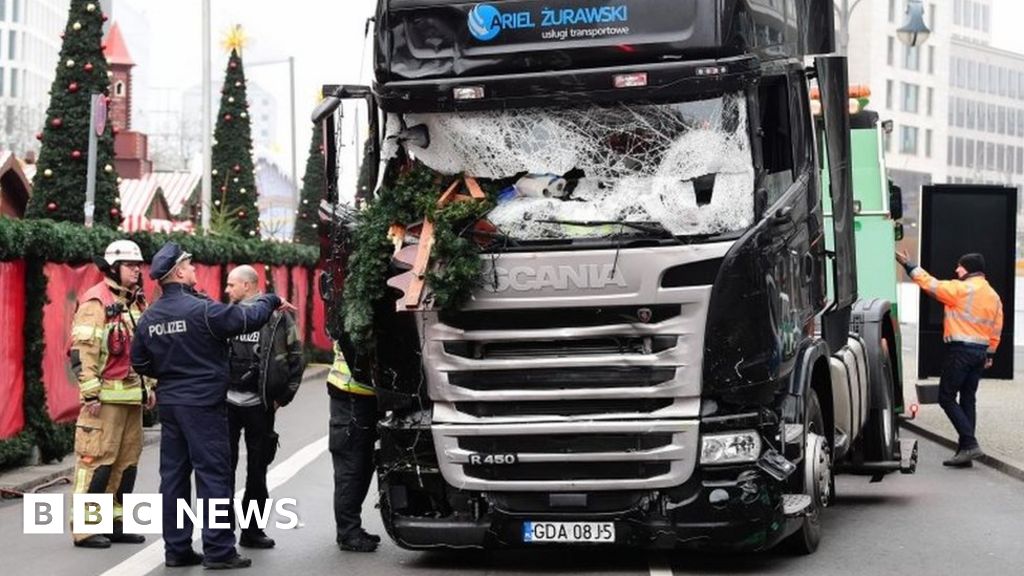 German authorities say they cannot be sure a man arrested was behind the deadly Berlin lorry attack.

I guess they can’t say the man was Pakistani, since they apparently have the wrong person. :eek: