His name is Enrique, or you can call him by his family names: Peña Nieto. The first is his father’s family name, the second his mom’s.

And now back to covering dear old Donald.

ETA: Unless the maternal name is more distinctive. I believe the poet Federico Garcia Lorca is called “Lorca” in the Spanish-speaking world; there are many Garcias. And Spanish explorer Alvar Nuñez Cabeza de Vaca preferred “Cabeza de Vaca” to “Nuñez.” Wouldn’t you?

Now, back to the Donald.

If I were a betting man, my money is on this not happening. 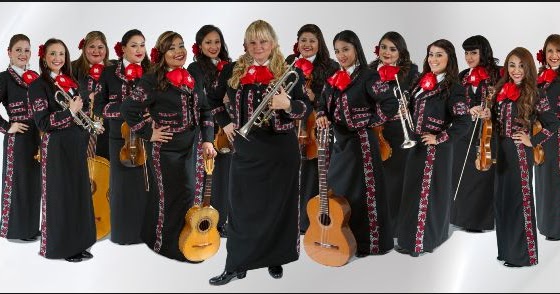 In a surprise move during his meeting with President Enrique Peña Nieto, Trump ended up buying Mexico. At first he had offered to buy just t...

All of a sudden this wall idea doesn’t sound so bad, if we can get it built in a couple of hours.

Okay,* just my wishful thinking,* but that would be so sweet. Please Mexico, please?

My imaginary headline was:
Breaking NEWS!

Trump subjected to strip search and is awaiting court hearing in Tijuana jail.

So does Politico. But look at former President Fox’s usage:

Mexican President Enrique Peña Nieto “is taking an enormous political risk” by hosting Donald Trump in Mexico City on Wednesday, former President Vicente Fox said, decrying the Republican nominee’s visit as “opportunistic” and a “political stunt” while apologizing on behalf of the country for the president’s invitation.

“Trump is using Mexico, is using President Peña to push his sinking poll numbers,” Fox said in an interview with CNN’s “New Day” hours ahead of the scheduled meeting in the Mexican capital…

Fox called Trump’s move “very smart,” but quickly added that he could not be trusted.

“I don’t understand what’s going on here, and I really apologize for our president taking this step forward,” Fox declared. “I really expect from him, as all 130 million Mexicans, all of our great brother Mexicans in the United States, an explanation from both, from President Peña and Trump himself.”

President Peña has criticized Trump in the past & has said Mexico will not build a wall. After the meeting, let us compare his account of what was said with Trump’s.

(One of our news guys this morning said they ought to sell tickets.)

Trump is doing this so he will be able to say “Nieto is my Hispanic.”

My fantasy is that Trump is told the meeting is completely private, but there are six HD cameras set up in the room.
Trump tells the president not to worry - he is just telling his supporters a bunch of crap in order to get votes. There is no way there will be a wall. Trump jokes about what a bunch of idiots his supporters are.

Film is released the next day.

There’s a reason for that: the Spanish press calls him President Peña or Peña Nieto. Peña is a very common name, so by using both surnames you make it easier to identify who you are talking about. There’s only one Presidente Peña, so you can leave out the second surname.

I have a very common given name and first surname, so in public I use just those as a way to keep some anonymity.

And back to Donald’s annexation of the Southenteland…

The US press will not be allowed on his plane nor can they get a charter together in time to attend, and even if they get there, his post-meeting news conference will be for Mexican media only, with possible exceptions for friendly outlets like Britebart.

I am puzzled by this.

I see nothing but benefit to TRUMP, though. This makes him Look Presidential <TM>. Presidents visit foreign heads of state to make deals; he’s doing something inherently presidential. And since it’s a private meeting, he can come out of it claiming basically anything. When he’s done it’ll be “the greatest meeting, just great, President Neato is the best, great guy, we have the best relationship, he’s going to pay for the wall. It’ll be the best wall, and biggest wall, and President Nacho said he’d pay for it.”

Of course afterwards President Pena Nieto will say “I most certainly said nothing of the kind” but that won’t get nearly as many headlines in the USA as Trump’s saying he did.

This means that Pena Nieto could potentially get some traction by beating up on Trump, which Trump’s team apparently is not considering. Although it looks to me like really what happened here is that Pena Nieto issued a pro forma invitation to both candidates, and Trump just decided to do this at the last minute. Why he would do this is really not clear to me.

According to a CBC account, Peña invited them both as a matter of form, not actually expecting either to accept, least of all Trump, who Peña has compared to Hitler and Mussolini. The WaPo article cited above even claims that when Trump accepted, Mexican officials tried to discourage the visit.

Right now Peña is getting enormous public backlash over this. The exact time and place of the meeting are being kept secret to try to avoid the expected protesting mobs. There’s a picture of Peña doing a face palm which is undoubtedly an old file photo but it’s probably a very fitting symbol of just how he feels.

So I expect it’s going to be a very uncomfortable meeting held only for the sake of appearances, after which each of them will spin some bland version of how hugely terrific it was with a lot of contradictions between their versions. And back home, Trump will give his planned immigration speech citing how hugely terrifically presidential he is, meeting with national leaders and all, while back in Mexico Peña’s staff try to get the stench of Trump out of the room.

There is only one way that Trump can benefit and that is if Nieto agrees Mexico will pay for the wall. That’s what the entire appeal of Trump’s candidacy is on - the wall.

And if Obama isn’t working behind the scenes to impress upon Nieto that there is no American retaliation for anything he says or does, short of physical harm, to Donald J. Trump, I’ll eat my hat.

I disagree. I think Trump will most likely benefit from this trip.

First, he’ll get some credit for going to Mexico and facing a hostile audience. It’s a Nixon in Venezuela moment. But the Mexicans aren’t going to actually kill him; it’s a safe illusion of danger.

The Mexicans will yell at him and he’ll talk tough back to them. I’m sure he’s prepared some good one-liners. Meanwhile there’ll be the instinct to back an American who’s being attacked on foreign ground. His followers will eat it up and even some non-followers will take his side.

My prediction Trump get a significant rise in the polls over this. And it’s going to be difficult for Clinton to respond. This is a smart move by Trump as long as he can behave. The biggest danger is he will be himself and somehow screw up the opportunity.

Nieto has to tell his public about his meeting witb Trump, and the idea that he is going to leave the question of whether Mexico is paying for the wall up to Mexican public debate is… suicidal on his part.

Pena Nieto doesn’t have to tell his constituency the same thing Trump tells his. If he tells Mexico “I said, of course, that we don’t want a big wall and he can waste money on whatever he wants but we won’t pay a penny for it” - a statement which has the benefit of being obviously true - the Mexicans will be satisfied. It doesn’t matter if Trump says something completely different, because Mexicans

Pena Nieto has pretty solidly established that he loathes Trump, so it’s not like his saying he told Trump to go to hell would be difficult for anyone to believe.

Given the news that he did not expect Trump to take him up on it and is facing backlash just for accepting the meeting (which is understandable) I am surprised something didn’t “Come up,” if you catch my drift. The President of Mexico is presumably a very busy guy; you don’t run one of the biggest countries in the world as a part time job. He could have come up with any number of plausible excuses to forestall the meeting until never.

There is only one way that Trump can benefit and that is if Nieto agrees Mexico will pay for the wall.

Trump will tell his followers Nieto did exactly that. What Trump says at his rallies and in his Twitter feed isn’t related to the facts, and doesn’t have to be. It’s not what he’s selling.

Pena Nieto will tell Mexico he agreed to absolutely nothing of the sort and told Trump off. Mexicans will believe him (aside from the usual doubt all partisan politics instills) because, frankly, there’s no other believable story.

“So, Ricky, how do you say ‘let’s make America great again’ in Mexican?”