And the plot gets thicker. 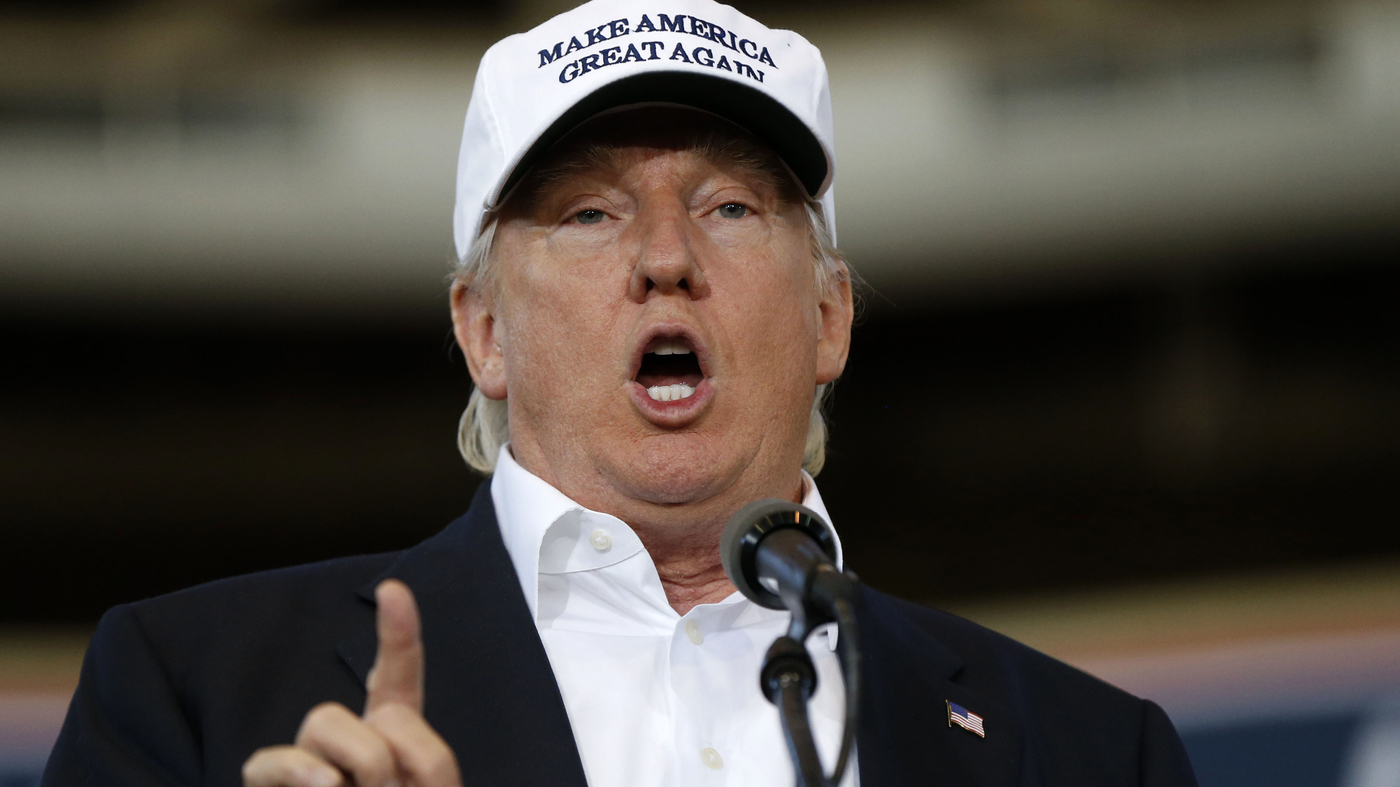 Trump To Meet With Mexican President Ahead Of Immigration Speech

Mexican President Enrique Peña Nieto's office said he invited both Trump and Hillary Clinton to visit Mexico. Peña Nieto has been highly critical of Trump, likening him to both Mussolini and Hitler.

That’s crazy. Is Trump gonna sneak in the country all quiet like, or have a big welcoming parade? Is he going to Have the Mexican President come here instead?

Trump is to fly to Mexico City.

In a perfect world, they’d have a motorcade from the airport to the presidential palace and the crowd would line the streets and moon him as he passes. I hope he goes for the macho image of addressing the people directly, telling them that they’re rapists and drug dealers. What will happen will be that Trump will behave himself in Mexico, then later give his immigration speech in Arizona pledging to build that wall to keep those wetback rapists out.

Trump is to fly to Mexico City.

Well, Damn. I’ve been wrong before, a lot of the time, but I see him finding a way to back out of this. Today, huh? OK, I’ll find out soon enough. What a strange situation when the idea of a Presidential candidate visiting our next door neighbors seems crazy to me. May I live in interesting times.

I am puzzled by this.

I see nothing but benefit to TRUMP, though. This makes him Look Presidential <TM>. Presidents visit foreign heads of state to make deals; he’s doing something inherently presidential. And since it’s a private meeting, he can come out of it claiming basically anything. When he’s done it’ll be “the greatest meeting, just great, President Neato is the best, great guy, we have the best relationship, he’s going to pay for the wall. It’ll be the best wall, and biggest wall, and President Nacho said he’d pay for it.”

Of course afterwards President Pena Nieto will say “I most certainly said nothing of the kind” but that won’t get nearly as many headlines in the USA as Trump’s saying he did.

This is not the Debates, traditions that Trump would love to “back out of.” President Peña Nieto invited both candidates & Trump volunteered. The Mexican president has criticized Trump severely in the past.

The local CBS news is big on weather & traffic, light on Serious News. They are covering this story–using a clip of Trump’s “rapist” speech. One of the commentators said he’d love to see the meeting.

Early this week, representatives for Trump contacted the U.S. Embassy in Mexico about his intentions, according to a person in Mexico familiar with the communications between the two sides.

Trump’s representatives were told privately by officials that it would be logistically difficult for Trump to visit. But the businessman’s proxies insisted that Trump would not delay his plans, the person said.

Overseas visits by senior U.S. officials normally require weeks of intricate planning on both sides, as every movement and meeting is plotted. When more security is required, such trips become even more complicated.

Security staffs traveling with the visitor are usually beefed up. While Mexico is not considered a hostile place, the crime level is high and Trump, should he appear in public, would require significant protection.

The invitation — and particularly a visit — seems certain to cause a backlash in Mexico City, where Trump is widely disliked. Mexicans have bashed Trump piñatas, burned him in effigy during public street parties and staged plays about him as a comic villain.

(Ms Clinton spoke with the President in 2014, stays in contact with his people & will visit later.)

Trump will be Trump. By that I mean he will tell President Nieto what he wants to hear and he will tell the audience in Arizona (I’m assuming that they will mostly be Joe Arpaio supporters) what they want to hear. The two things he says will of course be very different. When asked about this difference he will say that the press “took him out of context” or that the “liberal media” is out to get him.

There is only one way that Trump can benefit and that is if Nieto agrees Mexico will pay for the wall. That’s what the entire appeal of Trump’s candidacy is on - the wall.

And if Obama isn’t working behind the scenes to impress upon Nieto that there is no American retaliation for anything he says or does, short of physical harm, to Donald J. Trump, I’ll eat my hat.

Will they serve him a taco salad for lunch so Trump can say “I love Hispanics!”?

I think “foreign policy tours” are pretty common during campaigns. Romney did Britain, Israel and Poland, Obama did his European tour (complete with speech in Berlin), etc. It’s an easy way to increase your foreign policy bonafides and look presidential. Clinton supposedly won’t be doing much, if any, given that her foreign policy experience isn’t in question.

Nieto does not have to agree to build the wall. Trump just has to say he did, and Trump’s supporters will believe that to be the case.

Among Trump supporters, belief in The Greatest Wall is often fervent to the point of religion. I’ve posted before that many Trump supporters are literally counting on its construction as their next job.

Oh, I think he’ll get a warm reception, all right.

That would limit Trump to what–Russia?

Okay,* just my wishful thinking,* but that would be so sweet. Please Mexico, please?

Nieto does not have to agree to build the wall. Trump just has to say he did, and Trump’s supporters will believe that to be the case.

Among Trump supporters, belief in The Greatest Wall is often fervent to the point of religion. I’ve posted before that many Trump supporters are literally counting on its construction as their next job.

Nieto has to tell his public about his meeting witb Trump, and the idea that he is going to leave the question of whether Mexico is paying for the wall up to Mexican public debate is… suicidal on his part.

I really don’t see how this meeting is going to be beneficial to anybody involved. If the Donald pivots so much as a degree from the demand for a Mexican-built wall, his own people will crucify him. If Nieto says anything other than “Fuck off” to the Donald, his ass is toast. Not seeing an upside for anybody, except maybe Hillary.

His name is Enrique, or you can call him by his family names: Peña Nieto. The first is his father’s family name, the second his mom’s.

And now back to covering dear old Donald.

If Trump plays it right (always a very iffy proposition) he will not mention the wall at all in the context of his meeting with Nieto. Rather, he will say some nice things about Nieto and about Mexico as a country and say that he hopes to continue to have great relations with our important ally Mexico. This way he gets to take some of the edge off his racist image at little cost.

What’s in it for Nieto is that there is some possibility that Trump gets elected, and he wants to have a good relationship with him in the event that that happens.