Ok, lets try to keep this out of Great Debates. I almost thought about this in General Questions, but I figured answers would be more opinion than fact.

I was reading an article from The Atlantic today and came across this sentence:

That is an incredible statistic. When you consider averages drawn from large populations, even a 20% difference is huge. This is saying one group is watching more than 2.5 times as much television as the other.

I couldn’t find the actual report for 2018, but here is there 2011 report (PDF). Predictably, whites were pretty much right in the middle.

So, what are some of the reasons for this difference? I am curious about this because it seems at first glance to reinforce racist stereotypes.

How can cultural elements play a part without it becoming racist? I imagine a stereotypical Asian “Tiger Mom” not letting the family watch much television because it is considered counterproductive to the enhancement of the children? Maybe more recent immigrants watch less television because of the language barrier or maybe American TV doesn’t reflect their values?

What are your thoughts?

Your post is treading on some thin ice, but I’ll present my opinion.

I’m Japanese/Okinawan and don’t watch Japanese, Chinese and Korean movies and TV shows for any of the possible reasons you posted. I watch them because they’re qualitatively better than American movies and TV. 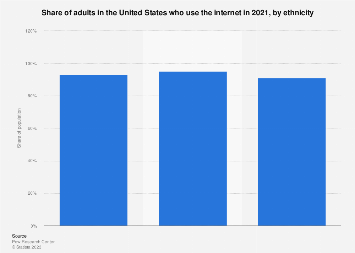 The statistic shows share of internet users in the United States in 2019, sorted by ethnicity.

However who knows what that means. There is a difference between having 50mbps broadband at home, vs going to the library once a week for the internet.

According to this, black and hispanics have lower rates of home broadband vs whites. 72% for whites, but only 57% for blacks and 47% for hispanics. 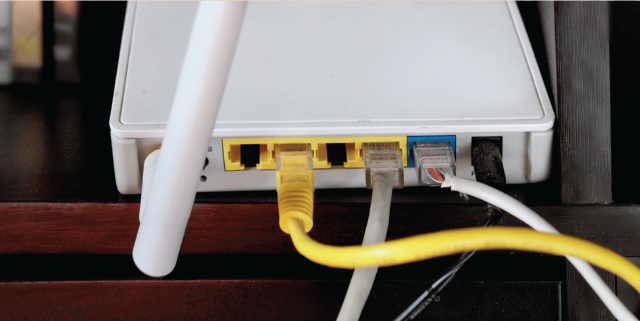 Demographics of Internet and Home Broadband Usage in the United States

The internet represents a fundamental shift in how Americans connect with one another, gather information and conduct their day-to-day lives. Explore the patterns, trends and statistics of internet and home broadband adoption in the United States.

Yep, screens is screens. I don’t care what they are, phone, laptop, tv. All the same.

Your post is treading on some thin ice, but I’ll present my opinion.

Yea, on re-reading my original post, it sounds sounds a wee bit more racist than I intended. Another attempt:

We as humans tend to act based upon internal and external pressures. Similarly, the behaviors of groups of humans tend to be shaped by internal (culture, religion, etc) or external (geography, climate, systematic racism, economy, etc) factors.

When there is a large difference observed between two groups of people, I am curious what factors are coming in to play to form those differences.

I have never personally noticed a cultural difference between whites and African Americans in terms of watching television, so I was assuming there may be some external factors at play.

However, I have had little interaction with Asian Americans and I assumed cultural elements may have a larger role in those differences.

Yep, screens is screens. I don’t care what they are, phone, laptop, tv. All the same.

I never said anything about watching TV or watching a computer screen was better or worse. That isn’t the point at all.

I was just mentioning the statistic in the article and trying to understand it.

Sorry I missed this one. Maybe so?

Sorry I missed this one. Maybe so?

"FOR US BY US? THE MAINSTREAM APPEAL OF BLACK CONTENT

From music to movies, fashion and art, Black Americans have long played an important role in shaping popular culture in the U.S., and that influence remains strong. In fact, 73% of non-Hispanic whites and 67% of Hispanics believe that African-Americans influence mainstream culture. And this effect is clearly visible in the current TV season. According to a recent Nielsen analysis of TV viewership, several programs with a predominantly black cast or a main storyline focusing on a black character are drawing substantial non-black viewership."

Yes, No, Maybe. I searched out (a few minutes work) and posted the above to illustrate the dangers of using a single source to extrapolate possible reasons for the data. Especially when those extrapolated reasons are potentially racially insensitive.

Even more dangerous is when the source is an interview with a a spokesperson of a company whose survey sample size, data collection techniques, demographic breakdown and data calculation algorithms are largely unknown and historically questioned and criticized.

Add another layer, that the data collected by a different technique (telephone survey) by a U.S. Government agency, The American Time Use Survey (ATUS), overseen by the Bureau of Labor Statistics doesn’t coincide with the data collected by Nielsen, and the ice you’re treading on gets even thinner.

My apologies for seeming harsh, but this is not directed only to the OP, but to everyone reading this as a reminder to take a step back before quickly accepting what is written on the internet, in the papers or magazines. I’ve fallen victim to citing a single article or a Wikipedia page as evidence of my viewpoint / inquires and have been called on for not fully reading and/or corroborating what I posted with other sources. Ideally peer reviewed and critiqued white papers where possible.

Asking questions is a great way to gain knowledge and insight. Just think twice before pressing that post button.