I’m listening to a (fiction) audiobook that takes place in England between the beginning of World War II (c. 1940) to the early stages of the Cold War (c. 1950).

*Yes, I know Britain allowed children to work in the factories and mines up until a certain point, likely prior to WWII, much to the horror of modern-day attitudes.

The Education Act 1944 raised the school leaving age from 14 to 15. So yes, it would be expected for (lower class) 14 or 15 year old boys to start working in a junior capacity.

5 pounds would have been at least three weeks wages for a maid in 1940. The average salary for a woman over 18 at the time was less than 33 shillings. (IIRC a shilling was about 5 pence).
https://fraser.stlouisfed.org/title/wage-trends-wage-policies-various-foreign-countries-4368?start_page=3

In this context, does “boy” literally mean a child , perhaps pre-adolescent? Or does it mean a teenager or perhaps even a young man (say, 18/19)?

Not familiar with the precise context but IMHO the term “the boys” would extend much older, perhaps into their mid 20s eg the boys in blue ie the police. In my cricket club the players in refer to themselves as “the boys” though they range in age from 20s into early 30s.
If the context was that “a boy” turned up to do various menial tasks, then you would be looking at a younger age maybe 8-12

(IIRC a shilling was about 5 pence).

12d. And twenty shillings to the pound. 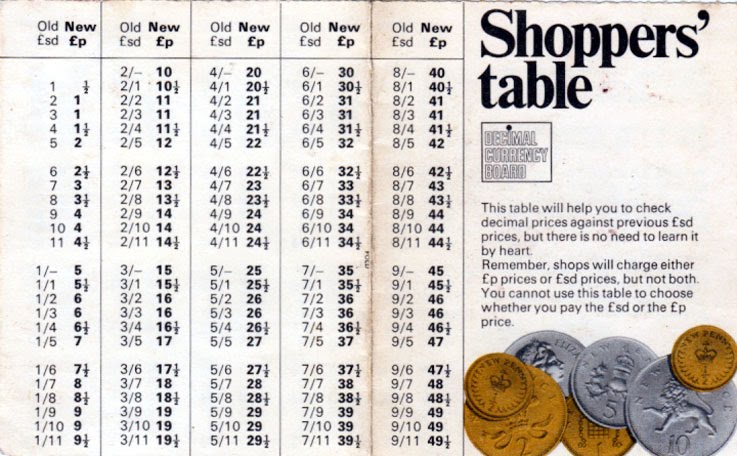 (this may be important if you are reading an inflation chart)

“which led me eventually to start on December 17 1942 at Leighton Buzzard Post Office a week before my fourteenth birthday, where I joined and was known by the Post Office title ‘Boy Messenger’, but more commonly known by the public as a ‘Telegram Boy’.”

messenger boy | The British Postal Museum & Archive blog (wordpress.com)
"The biggest upset was when the school leaving age was raised to 15 years. We lost a steady stream of messengers either to promotion or entering the forces to complete their National Services, our complement dwindled to 11 messengers (8 on delivery duties and 3 on indoor work). "

The pound underwent a lot of inflation in the last few decades. Nowadays it is of roughly equal value to the dollar and the euro, but not so very long ago a pound was a lot of money; when my dad was visiting London in the 1960s, it would easily buy him a lunch in a pub, for instance. Going further back, you get a feeling for how much a pound was when reading, for instance, 1930s Agatha Christie novels.

For a more recent comparator, at the beginning of The Hitchhiker’s Guide to the Galaxy Ford Prefect buys six pints of beer and some peanuts, gives the bartender £5 and tells him to keep the change, something which impresses the bartender.

To borrow a succinct summary from a sci-fi messageboard:

The joke was written in 1978 when the average cost of a pint of beer (according to the Office of National Statistics’ Average Price Index) was around 40p. This means that Ford was tipping the barman approximately £2.60 or roughly 110% of the purchase price.

Despite a slight rise in the price of a pint by the time of the 1981 TV Series (something around 53p according to the Daily Telegraph and the ONS), this still represented a tip of £1.80 and would have been seen as very generous as a tip for a member of the serving staff.

Nowadays, in a London pub you wouldn’t get much change back from £5 for one pint and even in the less exorbitant world outside the M25 you might just manage to get two pints and a pack of peanuts for your fiver. Note that in the 2005 film, Ford gives the bartender £50 to achieve the same effect.

And that’s just a reflection of post-decimalisation inflation. As noted, in the 1940s and 1950s £5 was a significant sum for many.

In the book, Ford buys the 6 pints first, paying with a fiver and telling the barman to keep the change - then when Arthur rushes out of the pub to complain about his house being knocked down, Ford buys 4 packets of peanuts in a separate transaction, which are quoted as costing 28 pence - paying with another fiver and telling him to keep the change, because at that point there was only 2 minutes left to spend it.

I think you’d have to go quite a long way north to get 2 pints for a fiver these days, where I live (southwest England) it’s currently around £4 a pint, and I wouldn’t be surprised to pay £1 for a packet of peanuts in a pub.

Has to be said that those are London prices - I was buying plenty of ale in those days, and outside of London you’d be paying 30-35 pence per pint and maybe 25 pence per pint in the working mens clubs

Seagoon: Five pounds for moving a piano? Ha ha ha! This is money for old rope.

Grytpype-Thynne: Is it? I’d have thought you’d have bought something more useful.

Seagoon: No, no. I have simple tastes…

Re: the boys, there’s a long tradition of young boys doing small, part-time menial jobs, like delivering messages, to make a few shillings in their spare time. Even today, many local shops still employ young teenagers to deliver newspapers. The age has no doubt gone up, but these boys would, I would guess, have been about 12ish at the time.

My Dad left school in 1944 at the age of 14 to start a full-time apprentice tailoring job. He would certainly have done something like a ‘paper round’ before this.

My Mum was telling me only last week that she earned about £7 a week in about 1950. That was considered well paid for admin work - she worked for the inland revenue.

You may find it interesting that the youngest children can now work - part-time - in the UK is 13 (excluding child actors and the like). Government regs here.

My dad - who started university in England during the war - used to tell the joke about in the office attached to the factory, the boss comes in and finds a boy sitting on a secretary’s desk and chatting with her. The boss drags him down to the pay office window and tells the paymaster “give this boy a week’s wages” and then throws him out into the street with “You’re fired! Don’t ever come back here again!” When he gets back to the office, he says “who was that, anyway?”. The reply is “He was a delivery boy from the post office.”

The implication I got (hearing this joke several times) was that “boys” could mean fairly young men. Even in Canada by 1965 Grade 10 (so, 16yo) was supposed to be an acceptable minimum education, and I gather grammar school, to Grade 8 (so, 14yo) was only recently no longer accepted as a time to stop schooling. Same would apply in England. Also that fairly young girls with passable education would end up doing the clerical duties in offices, due to a shortage of men during the war.

(Similarly - “what’s the difference between Morocco and Paisley? In Morocco, the Moors would come out from the hills.” The cloth mills in Paisley hired large numbers of single girls who lived in rooming house and whose social life outside of work was a matter of gossip… )

When I was in Grade School, I remember reading a relatively contemporary (1950’s?) hard-luck story (fiction) where a recently orphaned teenager became a cub reporter for the princely sum of $25/week. Assuming that the exchange rate at the time was still $4.80 for a pound, that implies his weekly salary would translate to a little over 5 pounds to live completely on his own. I presume in the story being referenced, the maid is also provided room and board, which would make her pay mostly for clothing and disposable income. This was also morally convenient as it meant a young single woman was under adult supervision, rather than spending most of her off time unsupervised.

Also remember it was not unusual for younger lads to have a job after school - the traditional newsboys are not usually portrayed as being older adolescents. Many businesses did have a delivery boy to take parcels to customers, etc. Quite often, children had a job as a necessity to help the household get by.

Even in Canada by 1965 Grade 10 (so, 16yo) was supposed to be an acceptable minimum education, and I gather grammar school, to Grade 8 (so, 14yo) was only recently no longer accepted as a time to stop schooling. Same would apply in England.

The same didn’t apply in England - the school leaving age in the 1950s was 15. It wasn’t made 16 until 1973. Plus it wasn’t uncommon for working class boys and girls to unofficially leave a little earlier if they had a job and weren’t seen as academic.

Kids from 11 or so having some sort of part-time job was certainly common. I got my first Saturday job in a market at 12, then worked in a shop from 13, and I was born long after the 50s, so a delivery boy being an actual boy is not that unlikely.

But I’m not sure I understand the confusion in the OP - “boy” isn’t only applied to pre-adolescent males, it’s still the usual term for teenage boys. Teenage men would sound weird to say.

It’s also occasionally used in a patronising way - “delivery boy” was just a term that was used, so you could probably be doing that job and already old enough to be married with a couple of kids of your own, and possibly even earning a decent wage to support them.

As I recall too, it was acceptable up until the 60’s for boys as young as 14 to exit school (if it appears they could not learn) and become apprentices to a blue-collar trade. I assume the same in England as in Canada. Did England also have a tradition of Truancy Officers specifically to seek out children avoiding school?

I assume calling someone of whatever age “boy” carried less baggage in England than in the USA - it was more of a class thing.

Also, as I understood from all that older reading I did, delivery boys tended to be younger males, often still living at home and supplementing household income simply because as a simpler job it paid significantly less.