We had a thread on the EmDrive and Cannae drive last year and the consensus on here at the time was that it would probably be down to experimenter error or otherwise fail to live up to its promise. There’s been a recent series of articles about this thread on a public NASA forum:
http://forum.nasaspaceflight.com/index.php?topic=36313.1860

I don’t pretend to understand it all, but they seem to be suggesting one explanation is that the EmDrive is creating a warp bubble and that’s where the propulsion comes from.

Anyone want to simplify and give us the straight dope in plainer terms?

Really? No one wants to talk about this?

Here is another article:

Note: This recent news has not been officially confirmed or peer-reviewed. Forget blowing bubbles, NASA may be on the pa

I think it’s beyond the grasp of most people. Maybe Stranger On A Train could have a go at it.

maybe, but here’s the old thread on the Cannae drive and there was no shortage of people having an opinion on it that time:

Given that it’s about 99% likely to be experimental error, I don’t think it’s very interesting yet to speculate what might be going on in the 1% chance that it’s not.

Given that it’s about 99% likely to be experimental error, I don’t think it’s very interesting yet to speculate what might be going on in the 1% chance that it’s not.

I find your optimism for this being a genuine breakthrough quite refreshing.

I find your optimism for this being a genuine breakthrough quite refreshing.

Actually quite higher then the odds I would have thought he would give.

That’s less then 7 heads in a row in a coin flip - which we can do, warp speed is now unquestionably achievable for humanity.

I suppose a better estimate for the probability would be to take all of the cases in physics where someone has found a small effect that doesn’t seem to make sense, and the proportion of those that turned out to be experimental error rather than genuine new physics. I don’t feel like tracking down and counting all of those, but there certainly have been a few that really were legitimate, so we can’t say that there’s 0% chance that the EmDrive works.

But the point is that whatever the chance is, it’s too low for me (or most physicists) to care about it. We should have some who care, because of that non-zero chance, but we already have some of those. If they’d spend their time trying to rule out possible sources of experimental error, or trying to increase the strength of the purported signal, they’d do a lot more good for their cause than by hypothesizing warp bubbles.

NASA confirms that EmDrive works in a vacuum: 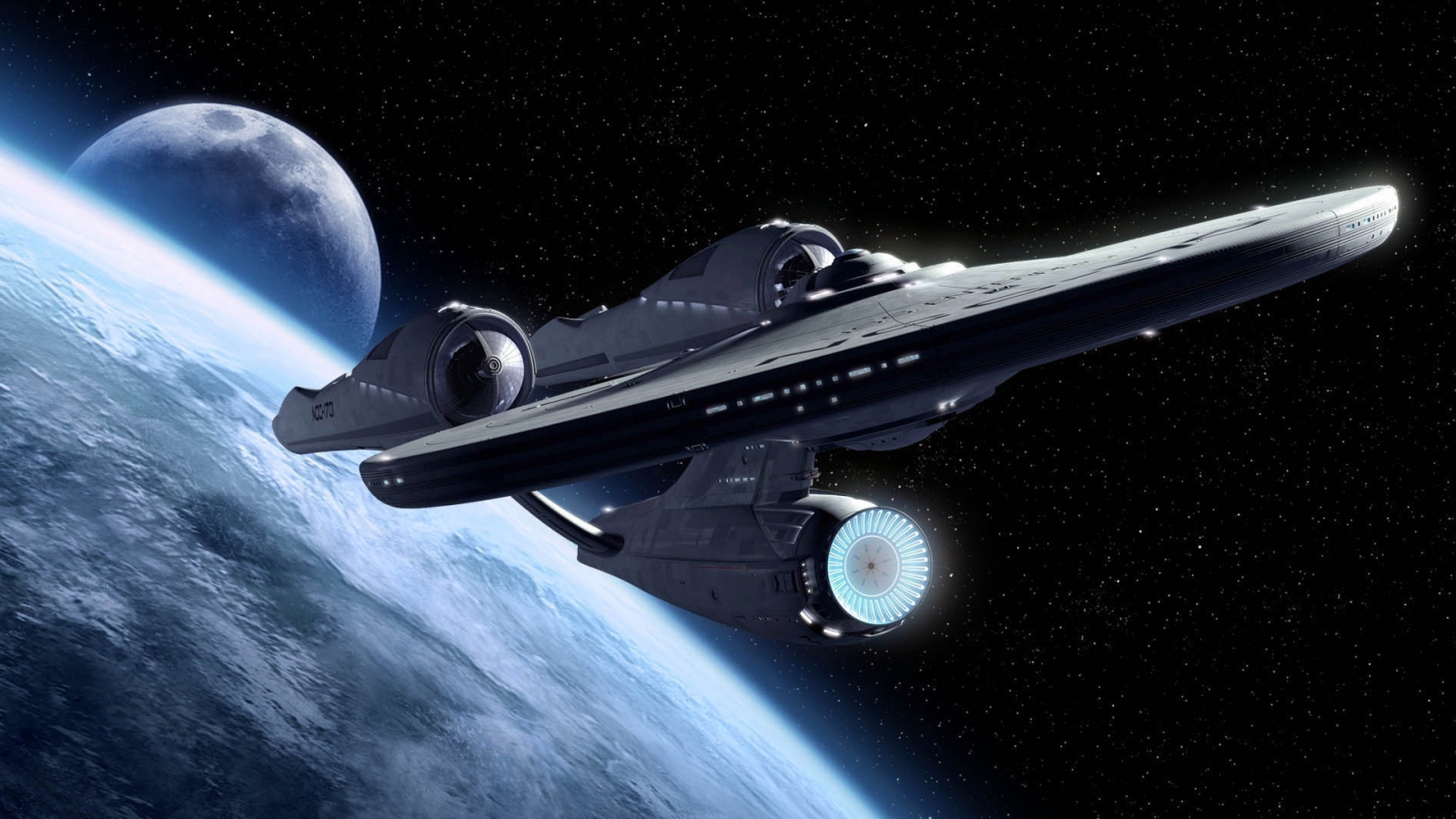 Nasa has tested an electromagnetic propulsion drive in a vacuum and sent beams faster than the speed of light.

I don’t understand the physics of the drive itself, powered by microwaves hitting the back of the sealed drive unit? That doesn’t make sense. Is it the force of accelerating the electrons that provides the thrust?

The lasers travelling faster than the speed of light bit stinks. If that was true it’d be huge, when the guys at CERN thought they’d found FTL particles it was big enough news for the BBC front page, yet this is the first time I’ve heard about this.

ETA: still, if this gets us towards a Firefly style space as a new frontier in my lifetime, I’m all for it.

I don’t understand the physics of the drive itself, powered by microwaves hitting the back of the sealed drive unit? That doesn’t make sense.

I think the important thing is, does it matter if the reason he thinks it works is wrong, if the thing can actually develop significant thrust in a vacuum with no propellant?

I don’t feel like tracking down and counting all of those, but there certainly have been a few that really were legitimate, so we can’t say that there’s 0% chance that the EmDrive works.

Rutherford’s gold foil experiment comes to mind. A small tabletop experiment had subtle results but profound implications that went against all established knowledge. So this kind of thing does happen.

I will say that even if the device does work in some fashion, it certainly does not work in the way they say it does. I give that about a 0% chance. I read their theory paper–they claim it doesn’t violate conservation of energy. Well that’s great, but in doing so they violate relativity. They claim that the thrust goes down as the velocity increases–but velocity relative to what? It doesn’t make any sense.

Ok so NASA seems to think there is something interesting and worth investigating here. As an interested observer of science, how many more “unexpected results” should we expect it to take before this thing is taken seriously and widely investigated by many different research groups?

Most likely four or five independent experiments and a lot of peer review before it gets taken seriously.

Or one case of some adventurous dude strapping the thing on and heading for the Moon.

I favor the last one, myself.

I’ll have to look into this some more. It looks too much like the Dean Drive that John W. Campbell championed for me to hope. But who knows?

Ok so NASA seems to think there is something interesting and worth investigating here. As an interested observer of science, how many more “unexpected results” should we expect it to take before this thing is taken seriously and widely investigated by many different research groups?

Well first NASA has to have results that they’re willing to publish, rather than gossip about on a spaceflight online forum.

Just for the record, nasaspaceflight.com is not part of NASA nor affiliated with it.

No they are not, but it is NASA Eagleworks at Johnson Space Centre that have confirmed that it works in a vacuum. (See link above)

Some of this stuff (I was looking at the first link) reads like bad pseudo-scientific babble: “A commonly held belief is that during the Big Bang, space-time expanded dizzyingly fast, certainly faster than the speed of light! So if space-time moved faster than the speed of light, then why couldn’t scientists warp space-time now? Warp drive technology, similar to ones described in popular science fiction, could well be next on the agenda.”

And the answer is: because the hypothesized superluminal expansion of space-time during the inflationary period didn’t violate relativity and it has nothing to do with the properties of space-time as it now exists. Where, for example, if two objects are separated in space by one light-year, they are also separated in time by one year, and by the same token, in the definition of simultaneity with respect to each other. It doesn’t matter what fantasies they dream up about “the ship is not really moving faster than light, it’s more than space-time is moving around it faster than light” because if the ship gets from point A to point B faster than light, no matter how it does it, it’s violated special relativity and broken causality. Can special relativity be violated in the real universe? I sure don’t know, but it seems very, very unlikely because an entirely new foundational theory would have to replace it.

According to the hype, not only will the EMdrive be able to propel ships faster than light, but its actual operation involves laser beams bouncing around inside it faster than light. So my WAG is: if the EMdrive works at all, it doesn’t violate special relativity, and it sure as hell isn’t going to propel anything in violation of relativity. The FTL laser beams were an observational error like the one at CERN. To believe otherwise I’d like to see some serious papers out on a potential replacement for relativity (not that I’d understand them, but I’d like to see their existence! :D) rather than just some forum saying “we’re seeing stuff that proves that Einstein’s most foundationally basic theory musta been wrong, but danged if we know why”!

Yeah sure, take the faster than light stuff with a HUGE grain of salt.

However, even if it “only” works as a propellantless thruster… even if it only works in earth orbit for some reason… then it would still be very useful. Satellites could stay up essentially forever using one of these and Solar power to do station keeping with no fuel needed.