US pulls out of Paris Climate Change Treaty - thoughts?

Just watched the live announcement - we are out!

Wasn’t a big Trump fan but willing to see where he was going. This is like a bad comic book villain.

Well done America, great job, well done, two thumbs up, you should be really proud of yourselves.

It’s a stupid policy preferred by idiots and those for whom politics is a game because nothing matters lol.

The main impact will be less US leadership in the world on many issues including climate, and potentially less willingness on the part of developing countries to make real cuts. It probably won’t affect US efforts to curb greenhouse gases very much, nor will it have the effects on the economy that Trump lied about in his speech.

If we’re lucky this won’t, in and of itself, make climate change worse. The much bigger deal as to US greenhouse emissions is what Trump is going at EPA, and even that probably isn’t going to make a huge difference. The economic reality has changed. There are more solar jobs than coal jobs, and the same will be true of wind shortly. That’s probably irreversible, no matter how much political clout the white working class gets.

There was an article in Slate yesterday saying it might be the best thing for the rest of the world if the U.S. is out. Essentially, the argument is that Trump and the Republicans have already shown they have no interest in following the Paris accord. Since it’s an agreement without consequences for failing to meet the agreed standards, it damages the accord overall if we remain in but do nothing about it. Better to admit that we are unwilling to be leaders in this area, and let other countries take the lead - it might result in a stronger agreement if the U.S. doesn’t have to be placated.

I’m not sure I’d go as far as saying it’s better that we’re out, but I’ll cling to any positive spin that could be put on this shitshow.

Just watched the live announcement - we are out!

Wasn’t a big Trump fan but willing to see where he was going. This is like a bad comic book villain.

I think it’s safe to say there would be less pollution in our atmosphere, water, food, bodies, children, grandchildren… Even if climate change isn’t a result of man (I’m not convinced but I am pretty worried), surely striving for a cleaner planet is something good?

Question: considering the current Republican stance on the larger issue, my instinct says that the odds of any president of that party doing this is rather high, even with the business pressure. True or no?

Nobody ever stops to consider how if we got rid of violent crime, how many prison guards, police, prosecutors, lawyers, and judges would lose their jobs.

Domestically this will make Trumpo more popular with his electorate. Even if they weren’t suspicious of foreigners and internationalism, or profoundly sceptical of that green stuff, they like someone sticking up for the little oil guy against big bullies who want to weaken America.
Overseas, V. V. Putin has denounced Trump’s action, as have the Chinese.

The Kremlin also said the deal, which seeks to limit global warming to as close to 1.5 degrees Celsius as possible, would be less effective without the participation of major countries, Reuters reported.

Is it just me, or are major media giving out sparser and sparser articles with kiddie paragraphs ?

I think it’s safe to say there would be less pollution in our atmosphere, water, food, bodies, children, grandchildren… Even if climate change isn’t a result of man (I’m not convinced but I am pretty worried), surely striving for a cleaner planet is something good?

Safe to say? Clean air and water has been an U.S. objective long before this MMCOGW became such a popular issue. The CO2-is-bad claim is relatively recent.

Is it true that no nation has to abide by the claims/goals of the Climate Change Treaty? If actual participation, or adherence to stated goals, in the CCT isn’t mandatory, what’s the point of belonging to such an organization? Is the Paris CCT just a place to chat with your friends and catch up on the latest global warming gossip?

Is it true that Obama did not even attempt to submit the U.S. participation in the CCT to the U.S. Senate?

The US has been a leader in environmental regulations since the late 1960’s. Who started Earth Day? We did! Who developed technology to scrub the emissions from coal burning plants? Who eliminated lead from gasoline first? We did!!! Who has lead the way on solar technology? Yes,that’s us to.

Meanwhile China’s current smog is so bad it directly effected the 2014 Olympics. They’ve done next to nothing. Russia sure as hell isn’t some beacon of environmental friendlessness either.

Why should we buy into a agreement that will (once again) cost the US billions in payouts? We get shafted every damn time we get into a European agreement.

We are taking care of our own house. The US will continue to improve our own industrial emisions without some binding Paris Accord.

Pulling out of the Paris Accord does not mean the US commitment to clean air has changed.

Yes, Trump may roll back the EPA’s powers. That will quickly be corrected after he’s voted out of office in four years. Learn the history behind the Earth Day movement, which engages a billion people worldwide on April 22 of every year. 2020 marks 50 years of Earth Day.

The height of counterculture in the United States, 1970 brought the death of Jimi Hendrix, the last Beatles album, and Simon & Garfunkel’s “Bridge Over Troubled Water.” War raged in Vietnam and students nationwide overwhelmingly opposed it.

At the time, Americans were slurping leaded gas through massive V8 sedans. Industry belched out smoke and sludge with little fear of legal consequences or bad press. Air pollution was commonly accepted as the smell of prosperity. “Environment” was a word that appeared more often in spelling bees than on the evening news.

Although mainstream America largely remained oblivious to environmental concerns, the stage had been set for change by the publication of Rachel Carson’s New York Times bestseller Silent Spring in 1962.  The book represented a watershed moment, selling more than 500,000 copies in 24 countries, and beginning to raise public awareness and concern for living organisms, the environment and links between pollution and public health.

Earth Day 1970 gave voice to that emerging consciousness, channeling the energy of the anti-war protest movement and putting environmental concerns on the front page.

My first thought is: Trump has just surged still further ahead in the standings of “politicians who have actually followed through on their campaign promises.”

Missed the edit time out

Is it true that Obama did not even attempt to submit the U.S. participation in the CCT to the U.S. Senate?

My first thought is: Trump has just surged still further ahead in the standings of “politicians who have actually followed through on their campaign promises.”

Have you seen his promises? Not a good thing.
Considering what’s happened since he took office, it doesn’t look good for a lot of his major promises.

As an American, I have to say the rest of the world needs to look elsewhere for leadership. The US can’t be trusted to lead on important issues anymore. Trump is not a fluke, he is a symptom of an empire in decline that is doing desperate, stupid things. Even if Trump leaves office in 2020, the people who elected him will just elect some other deranged autocratic con man in 2024 or 2028.

Let China and the EU take the lead in solving the world’s problems. The EU can be a beacon for democracy and human rights while the US elects people who suck up to autocrats and openly express hostility to western values. China can lead on solving climate change while the US elects science deniers.

It sucks, but it has to be done. I’m actively looking forward to China overtaking us at this point, in the hopes that the US actually becoming #2 will make us more sane. But it could make us more insane too, who knows. I think America being in a unipolar world for the last 30 years has caused us to attack each other since we don’t have an external threat to focus on. Maybe China surpassing us will force us to unify and start acting serious again.

It’s one of the world’s worst polluters.

People need to read this carefully. See who they are exalting as an environmental friendly country.

It’s one of the world’s worst polluters.

People need to read this carefully. See who they are exalting as an environmental friendly country.

There was a time when the world could look to the US. Can you suggest another?

Trump is an aberration. The US will return to sanity and we’ll lead.

Clean air is a long term concern of our country. We’ve passed many, many bills since the 1960’s. We’ll always lead on this issue.

I’m old enough to remember a polluted US. I’ve watched over the decades as the smog in LA has been reduced. The Potomac used to be full of trash and chemical waste. The Hudson was a disgrace and full of PCB’s.
https://www3.epa.gov/hudson/cleanup.html 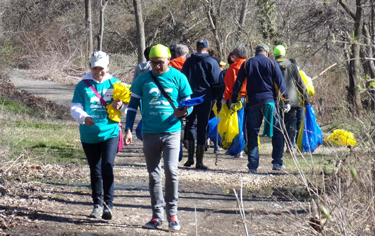 Volunteers have picked up roughly 6.5 million pounds of trash from the river since 1989.

I remember litter everywhere. Remember the crying Indian commercials? We have significantly reduced litter. Our highways and roadsides look much better.

There’s more work to be done. We are making great strides in reducing pollution and cleaning our air.

We are setting the example for the rest of the world.