Using the 14th Amendment to bar Trump from office - how does that work?

I’ve heard speculation that folks may try to bar Trump from holding elected office under the 14th Amendment due to his having participated in the attempt to overthrow the government on Jan 6. So how does that work exactly? Does Congress have to pass some sort of resolution and Biden signs it? Does someone or some group sue and it goes all the way up to the Supreme Court? How is it enforced?

According to this article, no one knows. 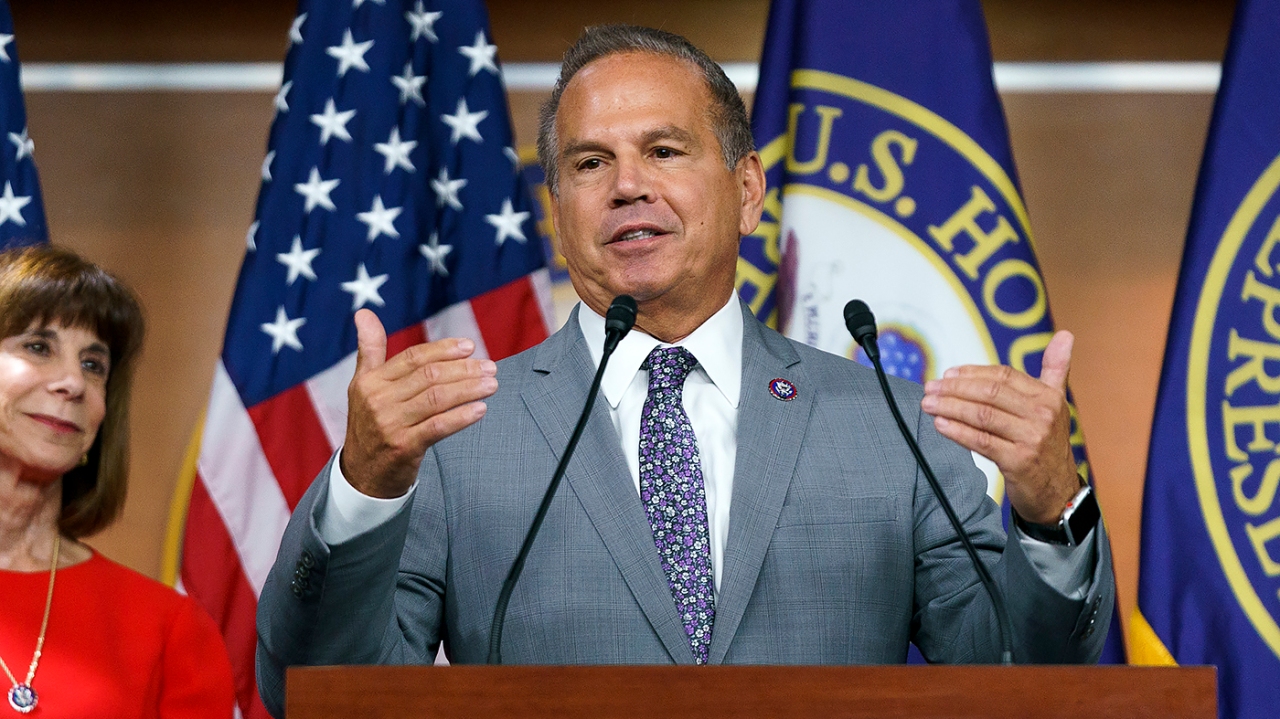 Rep. David Cicilline (D-R.I.) is eyeing legislation that would bar former President Trump from serving in office under the 14th Amendment “for leading an insurrection against the United States.” Ci…

If he introduces the bill, [Rep. David] Cicilline [D-R.I.]will have to lay out the process for how the measure would use Section 3 of the 14th Amendment. According to the Congressional Research Service (CRS), the text is vague.

“It is unclear whether Section 3 is self-executing, which, if it is not, would leave federal and state courts or election authorities without power to determine the eligibility of candidates unless Congress enacts legislation to permit it. Courts have produced mixed results on this question,” the CRS report reads.

“Section 3 does not expressly provide a procedure for its implementation other than Section 5’s general authority of Congress ‘to enforce [the Fourteenth Amendment’ by appropriate legislation,’” it adds. 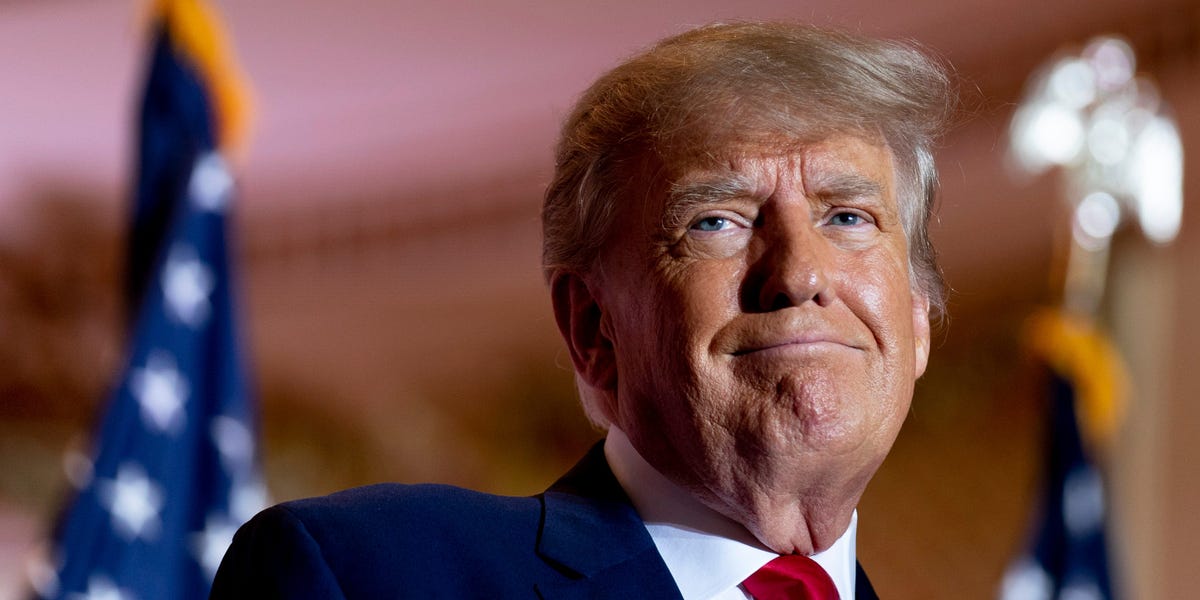 Here's how the 14th Amendment could be used to prevent Trump from running for...

Lawmakers first considered invoking the 14 Amendment after the Capitol riot, but interest was renewed after Trump announced a 2024 presidential run.

IMHO, it doesn’t look too likely to succeed in the current political climate.

Interesting. So nobody really knows how it would work, or even if it applies to the office of president since it’s not specifically spelled out.

Congress could pass some kind of legislation now, while they have majorities in both houses, although I could see that backfiring on them. (Republicans want the Democrats to do the dirty work to rid them of Trump, yet would loudly criticize them if they tried something like this.)

Maybe something on a state-by-state level with lawsuits or petitions to keep his name off the ballot? Get enough big blue states to do this and it would guarantee preventing him from getting enough electoral votes.

I’m trying to remember, didn’t a judge decide that Madison Cawthorn couldn’t run for congress due to his participation in Jan 6, but then it got thrown out when his district got redrawn and the people who originally sued were no longer in his district?

Get enough big blue states to do this and it would guarantee preventing him from getting enough electoral votes.

If there were that many blue states, he wouldn’t have ever won.

Yeah, I realized that after I posted.

If there were that many blue states, he wouldn’t have ever won.

Maybe get one or two key purple states to keep him off the ballot?

Wouldn’t it have to be proved in a court that Trump was involved in the Jan 6th insurrection? You can’t just stand up in Congress and say he was. You could say the Jan 6th committee “proved” that he was involved, but that’s not a court of law and certainly wasn’t bipartisan.

Yeah, I would have thought he’d have to be convicted first. I’d love anything that would keep him from running, but it wouldn’t get enough votes in Congress anyway, unfortunately.

The most recent relevant precedent suggests that the disqualification could be included in the sentence upon conviction for a relevant crime:

…“This is an affirmation that Section 3 of the 14th Amendment can and should be enforced against all the January 6th insurrectionists who took an oath to defend the Constitution, whether they are current or former officeholders. Today is an important day for our democracy,” a statement from Citizens for Responsibility and Ethics, or CREW, said…

I’m thinking he would have to be found guilty in a court of law before that could be done. Even though he is obviously guilty as hell, he is innocent until proven guilty legally. I don’t think you could invoke that amendment based on just a supposition, even a very strong one.

I agree with others here, he would need to be convicted first.

The accepted definition of “bipartisan” is including members of both political parties, which was certainly true of the J6 committee. The committee included both Democrats and Republicans. Are you concluding they weren’t “real” Republicans because they didn’t drink the kool-aid?

If 200 democrats support a bill in Congress and one republican crosses over to join them, I don’t say that bill has bipartisan support. Perhaps everyone else would say that, and I would be wrong.

The January 6th Committee had 2 Republicans and 6 Democrats. The Republicans were welcome to add more members as long as they weren’t representatives involved with the insurrection attempt, and they refused.

But I think what made the hearings bipartisan wasn’t so much the make-up of the committee but the makeup of the witnesses. 90% of the people that testified were Republicans / conservatives, and that gave it credibility.

But I think what made the hearings bipartisan wasn’t so much the make-up of the committee but the makeup of the witnesses. 90% of the people that testified were Republicans / conservatives, and that gave it credibility.

I agree that the witnesses gave the committee credibility. I’m still not convinced that the committee was bipartisan in the usual sense of the word. For obvious reasons, it was run by democrats, with two anti-Trumplicans included. It may have technically been bipartisan… but just barely in my book.

So by the Rs volunteering to not participate on the committee when asked they get the privilege of later claiming they were railroaded because they weren’t represented on the committee. Riiight …

Thats some damn fine doublespeak ya’ got there, Rs. Shame if anything happened to it. Or to you.

Then it was certainly not bipartisan MAGA-wise.