USMC Fatigues - Where to buy?

First off, I live in the UK.

A friend has been trying to get hold of a couple of pairs of USMC desert issue combat trousers/pants. He has found one supplier in the US, but they cannot ship out of country.
Does anyone know of a company, that stocks authentic issue fatigues and that ships out of the US?
Any help greatly appreciated.

Not sure if they do USMC kit, however I have found some US kit at Army Surplus stores.

I suggest that you punch Army Surplus into Yell.co.uk and see what comes back.

You could start with

maybe find some on Ebay?

Active duty members have to buy their own uniforms, so you should be able to find the new uniforms at a BX, PX, or NEX if there are Marines on the base.

If you mean the old chocolate-chip DCUs, those are so common that you should have no trouble finding them. Here you can get a set for $57.50, not counting shipping.

Thanks for the help guys, I’ll pass this along.

Active duty members have to buy their own uniforms.

Really? Wow, that sucks. Do you have to repair them yourself, too? What if they’re torn in the line of duty? Is there other standard equipment a serviceman has to pay for himself?

Really? Wow, that sucks. Do you have to repair them yourself, too? What if they’re torn in the line of duty? Is there other standard equipment a serviceman has to pay for himself?

Active duty personnel get their first uniforms issued during basic training. These are at no cost to the member. After this, they’re responsible for their own uniforms, so if they no longer fit or are damaged, they’re responsible for replacing them. However, they get an annual clothing allowance to account for this. Unless you need something like a new dress uniform, they’re generally not that expensive.

That said, however, if the OP’s friend wants new Marine uniforms, he’s out of luck. You have to be in the service to buy them. Thus, I can’t buy Airman’s uniform items; he’s got to do that himself.

Older-style camouflage uniforms are available from two sources - second-hand uniforms sold off by Marines or ex-Marines, and copy-cat clothing produced by other clothing manufacturers. One of the reasons the US Marines used the USMC globe and anchor logo in the camouflage pattern on the new uniforms was so that they could then trademark the pattern and prevent unauthorized copies of the uniforms from being sold. The Canadian Forces had done this earlier with their new camouflage uniforms.

It ain’t here, but it is a good place to look: 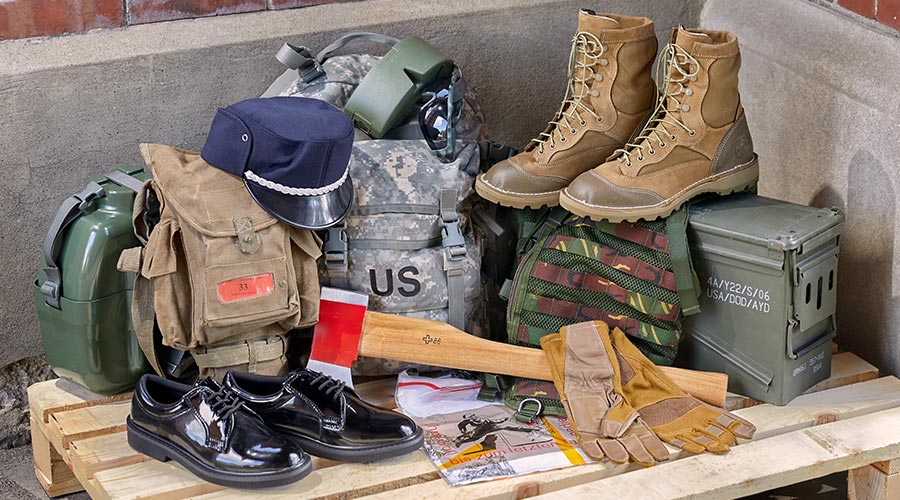 Wrong. I can’t speak for the USAF but Marines do pay for their uniforms while in boot camp, they are not free.
As far as obtaining the cammies, as was mentioned you can obtain the old style cammies at any surplus store. The new digi cammies can (should) only be bought by actual Marines. They have USMC logos imprinted all over them and no one other than a Marine would have any reason to wear them. The exception being if you are a terrorist who intends on impersonating a Marine., which is exactly why they are not sold outside the PX.

I was not aware of any peculiarities in the Marine Corps issuing system for recruits. I was in the Navy, and we did not have to pay for our uniforms.

Lastly, assuming the posters friend was not looking for standard issue old style cammies, there are NO legitimate reasons for obtaining a set of new authentic USMC digi-cammies. It’s like walking around carrying a Military ID when you are not a member, and generally a sign that you are up to no good.

I wear the new MARPAT stuff playing paintball. It’s not 100% identical (the digital pattern doesn’t have the USMC logo built in to it but aside from that I believe that they are the same, made of the same material at the same factory, etc. It’s hard to see, easy to move in and pretty rugged, perfectly good reasons IMHO.

I was not aware of any peculiarities in the Marine Corps issuing system for recruits. I was in the Navy, and we did not have to pay for our uniforms.

Army uses the same system – free original basic kit bag, then you’re responsible for maintenance, upkeep and replacement out of an allowance. Officers have to buy outright from the start. When I was in, if a piece of the basic-issue kit was damaged beyond repair incidentally to duty, through no fault of your own, the enlisted person could get it replaced free if s/he could prove that was the case, and turned in the remains of the old one.

Alessan, the standard-issue uniform kit is a very basic one, it’s the essentials to stay clothed and working. There are numerous uniform items that a career soldier/airman/Marine/seaman/coastie will want to have in his/her locker s/he WILL need to buy on his/her own dime (e.g. full dress uniforms). (again: officers buy everything they wear). On top of that, there are uniform items that may be issued to you specifically for a given duty, which you’re not charged for but you must return it when you’re done.
Required Equipment, such as your web gear, helmet, canteen, etc., belonged to the unit and I was asked with protecting it until you return it at the end of your tour there. I’d be charged for whatever ended up broken or missing.

The Army, as of last February, announced the introduction over the next year of its own digicam pattern, which will be based on grey-scales, thus ending decades of predominantly-green field uniforms. It will also be a trademarked pattern, not available for commercial use.

US Cavalry and Brigade Quartermaster (paranoid white guy catalogs, as I fondly call them) sell something very similar that is, by their claim, not official USMC issue. As far as I can tell they will both ship overseas.