Vaccinated for smallpox as a child, any good now?

As the title says, I’m old enough that I was vaccinated for smallpox as a child. Does that do me any good against the resurgence of the disease in recent years? Does smallpox vaccination ever wear off?

Ya sure you don’t mean Monkeypox?

The causative agent, variola virus, is a member of the genus Orthopoxvirus, subfamily Chordopoxvirinae of the family Poxviridae. Other members of the genus include cowpox, camelpox, and monkeypox. Monkeypox virus has caused the most serious recent human poxvirus infections.

Variola virus is relatively stable in the natural environment. If aerosolized, it probably retains its infectivity for at least several hours if not exposed to sunlight or ultraviolet light.

The variola virus measures 260 by 150 nanometers and contains a molecule of double-stranded DNA putatively coding for some 200 different proteins, one of the largest viral genomes known. The size of the genome makes it especially difficult to create a synthetic copy of the virus.

The WHO Orthopoxvirus Committees meeting in 1994 and 1999 have recommended that no one other than the two WHO collaborating centres in the United States and the Russian Federation may have in possession at one time more than 20% of the viral DNA for variola virus.[RIGHT]WHO[/RIGHT]

… The last major European outbreak of smallpox was in 1972 in Yugoslavia, after a pilgrim from Kosovo returned from the Middle East, where he had contracted the virus. The epidemic infected 175 people, causing 35 deaths. Authorities declared martial law, enforced quarantine, and undertook widespread re-vaccination of the population, enlisting the help of the WHO. In two months, the outbreak was over. Prior to this, there had been a smallpox outbreak in May–July 1963 in Stockholm, Sweden, brought from the Far East by a Swedish sailor; this had been dealt with by quarantine measures and vaccination of the local population.

By the end of 1975, smallpox persisted only in the Horn of Africa. Conditions were very difficult in Ethiopia and Somalia, where there were few roads. Civil war, famine, and refugees made the task even more difficult. An intensive surveillance and containment and vaccination program was undertaken in early and mid-1977. In 1977, Australian microbiologist Frank Fenner was named the chairman of the Global Commission for the Certification of Smallpox Eradication. As the campaign neared its goal, Fenner and his team played an important role in verifying eradication. The last naturally occurring case of indigenous smallpox (Variola minor) was diagnosed in Ali Maow Maalin, a hospital cook in Merca, Somalia, on 26 October 1977. The last naturally occurring case of the more deadly Variola major had been detected in October 1975 in a two-year-old Bangladeshi girl, Rahima Banu.

The global eradication of smallpox was certified, based on intense verification activities in countries, by a commission of eminent scientists on 9 December 1979 and subsequently endorsed by the World Health Assembly on 8 May 1980 as Resolution WHA33.3. The first two sentences of the resolution read: “Having considered the development and results of the global program on smallpox eradication initiated by WHO in 1958 and intensified since 1967 … Declares solemnly that the world and its peoples have won freedom from smallpox, which was a most devastating disease sweeping in epidemic form through many countries since earliest time, leaving death, blindness and disfigurement in its wake and which only a decade ago was rampant in Africa, Asia and South America.”

The last naturally occurring case of smallpox occurred in Somalia in 1977. The last cases of smallpox in the world occurred in an outbreak of two cases (one of which was fatal) in Birmingham, UK in 1978. A medical photographer, Janet Parker, contracted the disease at the University of Birmingham Medical School and died on September 11, 1978, after which the scientist responsible for smallpox research at the university, Professor Henry Bedson, committed suicide. In light of this accident, all known stocks of smallpox were destroyed or transferred to one of two WHO reference laboratories which had BSL-4 facilities; the Centers for Disease Control and Prevention (CDC) in the United States and the State Research Center of Virology and Biotechnology VECTOR in Koltsovo, Russia. In 1986, the World Health Organization recommended destruction of the virus, and later set the date of destruction to be 30 December 1993. This was postponed to 30 June 1999. In 2002 the policy of the WHO changed to be against its final destruction. Destroying existing stocks would reduce the risk involved with ongoing smallpox research; the stocks are not needed to respond to a smallpox outbreak. However, the stocks may be useful in developing new vaccines, antiviral drugs, and diagnostic tests. …[RIGHT]CITE[/RIGHT]

Smallpox is considered to have been eradicated in the wild.
Vaccination against smallpox using vaccinia (a related virus) is pretty good for about 5 years in 90+ % of individuals; after that a booster vaccine might give an even longer duration of protection.

The exact duration, or the extent of amelioration of disease for post-vaccinated exposures varies by individual. In general it’s better to have been vaccinated–even as a child–because the immune response might be faster than in a naive host exposed to the virus.

So what is that scar that so many people in their 40s and older have on their upper arms? I always thought that was a smallpox vaccination (I didn’t get one because I was born just after they stopped giving them in my area - my two older sisters both have them).

So what is that scar that so many people in their 40s and older have on their upper arms? I always thought that was a smallpox vaccination (I didn’t get one because I was born just after they stopped giving them in my area - my two older sisters both have them).

The older vac scars are much bigger. My mother’s was pretty ugly, about an inch across; it was pre-1940, probably more like 1915-1920. Vaccinations of my generation, ca. 1950’s, cannot be seen without a magnifying glass.

I was born in '68, and mine’s about half an inch across, even without a magnifying glass. :dubious:

My daughter is from the Philippines, born in 1995, and has a smallpox vaccination scar.

Smallpox vaccination lasts effectively for 3 to 5 years, after that it’s effectiveness dwindles. So your vaccination, from at least 40 years ago, is almost certainly of no use anymore.

But it doesn’t matter, as smallpox has been eradicated from the entire world.
The last case of natural smallpox in the world was in 1977. The next year, there was a case where a journalist was accidentally exposed to smallpox in a laboratory, she died, the scientist in charge of the lab killed himself, and WHO authorities ordered all laboratory samples destroyed (except for 2 world lab sites). Your reference to a “resurgence of the disease” is incorrect information.

But it doesn’t matter, as smallpox has been eradicated from the entire world.

Wrong. It still exists at the Center for Disease Control in Atlanta, and at a Russian lab in Siberia, those are the known storage places, just in case it turns out to be the cure for cancer or something. 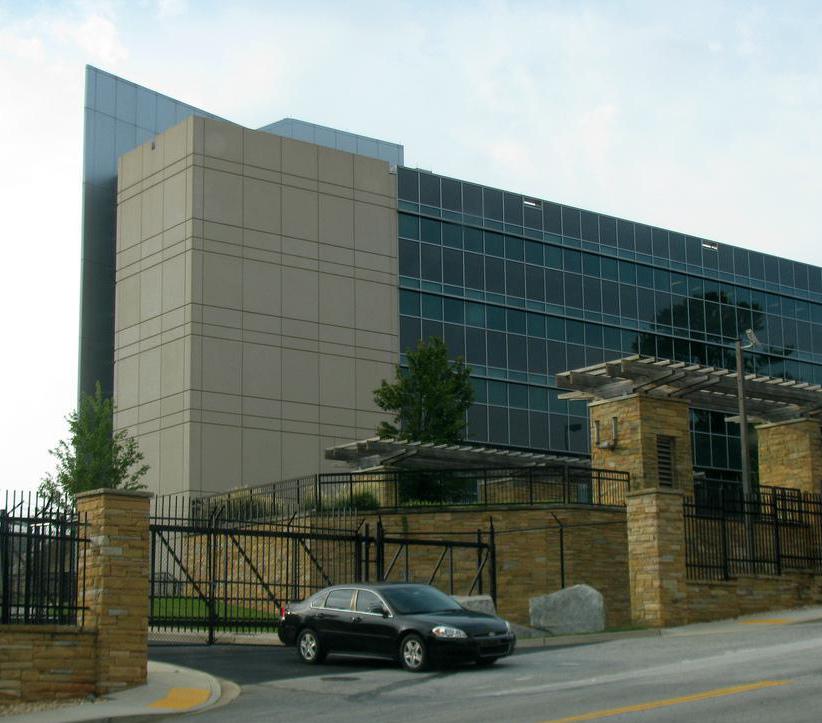 Is There Still Smallpox in the World? (with pictures)

Smallpox was eradicated worldwide in 1979, though laboratories still keep small samples of it in case it is later needed to make...

The actual reason for maintaining a sample of the virus is for bio weapons defense, because if there are 2 known locations, there is probably at least one other unknown location of the virus. The current population of the world would be almost completely defenseless to smallpox used as a weapon. Smallpox no longer exists in the wild, but it exists still.

I’ve got a scar on my shoulder that looks like I was shot by a 9mm. (born 1956) It was a big, nasty, puss filled scabby thing when I had my shot and we were told in those days that it offered immunity for life. Later years the shot only produced minor irritation and left almost no scar.

Sorry t-bon, I didn’t see that you noted that there were still two storage sites.

Vaccinations of my generation, ca. 1950’s, cannot be seen without a magnifying glass.

This is not correct.
Smallpox vaccination scars do vary in size depending on the amount of original local pock reaction and a given individual’s predisposition to scar.

However, as a practical rule of thumb, the amount of immediate (several days) pock formation correlates with successful vaccinia vaccination. Although there have been various stocks of vaccinia used for vaccination against smallpox, all of them are applied using surface (intradermal) scarification techniques, and development of a robust and crusting pustule is considered an important practical marker that the correct technique was used and that an appropriate immunologic response was obtained. In large populations, skin reaction is the only practical way of looking for proper technique and response, because it’s too expensive to check neutralizing antibody responses on large populations. This technique necessarily leaves scars, even with today’s vaccines, and the extent of the permanent scar is more a reflection of the individual than of the overall approach to smallpox vaccination.

Both Dryvax (one of the commonest older commercial vaccinia preparations) and ACAM2000 (a more recent preparation) will leave scars of various sizes.

Mine is about the size of a dime, and sits above my right deltoid muscle. It’s almost gone now—age has withered it, and the years condemned. Is there any way to make it more visible? I’m a pretty chunky monkey now; if I lost enough weight to bring me down to the physique I had in my twenties, would it reappear?

From an article on a then-recent study on

The vaccine is more deadly than any other vaccine currently in use. According to the study, a campaign targeting Americans ages 1 to 29 would vaccinate 82.5 million individuals, of which 190 people would die from complications.

Any thoughts on whether those of us previously vaccinated for Small Pox would have a lower risk of complications from a Small Pox vaccine?

Mine is about the size of a dime, and sits above my right deltoid muscle. It’s almost gone now—age has withered it, and the years condemned. Is there any way to make it more visible? I’m a pretty chunky monkey now; if I lost enough weight to bring me down to the physique I had in my twenties, would it reappear?

Go to a tattoo parlor and get your faded scar enhanced?

Go to a tattoo parlor and get your faded scar enhanced?

Would that really work? If so, how would I go about finding a competent artist who won’t fuck it up and make it look like an advertisement for Titleist Golf Balls? I think I’ll try losing some flab first and see what happens…:dubious:

FWIW
I got my first smallpox vaccination in 1945 and a booster in boot camp in 1962. I and no one I knew had any reaction to the booster so it was still effective at that point.