Veracity of Ghost Claims on the Travel Channel

Why would they lie?

I have a book, Stranger Than Science, by Frank Edwards that really impressed me as a kid. Spooky, incredible tales, with names and dates and locations, references that can be checked. And the stories! Possible alien encounters, mysterious disappearances, ghost ships, psychic powers. Fascinating stuff to an impressionable 12 year old. A lot of them scared the crap out of me!

And I thought, why would they lie - it can so easily be checked. I actually believed they’d be humiliated if caught in a lie.

Now that I’m older and have the internet, I’ve researched some of the strange and mysterious stories. The ones that actually have a basis in fact as so distorted and sensationalized as to almost be full fiction. The rest most likely ARE full fiction.

I found out that Frank Edwards had a radio show. And telling mysterious tales has been a way to get an audience since time began.

And why would so many people lie?

(This has probably already been answered, but:) Money and/or attention and/or mental illness and/or simply being mistaken.

The programs are aired to snare the gullible and to thereby make money on a continuing basis.

There is no way that unsupported human testimony is going to convince me of anything supernatural. There are too many ways peoples’ minds and senses can trick them, especially if they want to believe.

In Search Of was a stupid show. I don’t know if Nimoy was actively lying/stupid/whatever, but to think there was anything to that show, you either had to be gullible or 14.

That, um, wasn’t the show I was referring to.

That, um, wasn’t the show I was referring to.

And I saw this TV show where a bunch of folks were flying around the Galaxy in a funny-shaped spaceship, and meeting all sorts of different aliens every week. It all looked really convincing, and why would William Shatner and Leonard Nimoy lie to me?

When did they claim the show was factual?

Now, I was on a “haunted house” overnight (By that we meant we arrive just before dark, and stay until after midnite. I was the token skeptic. And yes, the house was spooky. And yes there were weird unexplained noises and drafts. You get those in old houses. Some odd lights we found we headlight reflections. So, if you see them go into a old “haunted” house and they say “it feels spooky” they may not be hamming it up for the camera.

Exactly. I got some insight into how this can happen when I was a freshman in college.

I began my college career at a small liberal arts college in rural North Carolina. One thing everyone did at least once was to pile into a car to go see “the ghost light”. So my friends and I did this one night as well - there weren’t a lot of other fun things to do on campus.

The trip was about twenty or thirty miles, and started on a four-lane state highway, before we turned off onto a two-lane county highway. Followed that for some miles, driving between cotton fields with only the occasional farmhouse, then turned off onto a dirt road running through a tree plantation. By this point, there’s nothing around us but pine trees, darkness, and the moon. We were far enough away from civilization to be able to see faint shooting stars.

Finally, we alighted from the car and hiked the last mile or so down an abandoned railroad right-of-way, lined with live oaks and brambles, until we came to a weed-choked culvert, where we stopped and waited. Eventually our patience was rewarded with the sight of a bright red light, glowing in the distance. Which looked pretty much like a car’s brake light. I guessed there must have been a nearby road, and the “ghost light” was merely the brakes or tail lights of the occasional passing car.

However, the psychology of the trip was interesting - starting out amongst fast food restaurants and gas stations, then gradually driving deeper and deeper into the sparsely-populated countryside, before ending up in on a lonely trail in the woods. The car got quieter as we drove further into the woods. The journey from mundane familiarity to the admittedly spooky moonlit culvert, on top of our intention to see something uncanny, primed us to expect the eerie. Had we seen anything unusual - a tree moving oddly, a strange reflection of moonlight off the water - we would have been quick to ascribe it to supernatural forces.

In short, people often see what they expect to see. Claims of ghost sightings aren’t necessarily consciously fraudulent; pareidolia and apophenia are behind a lot of ghost stories, I suspect.

It all looked really convincing, and why would William Shatner and Leonard Nimoy lie to me?

Nimoy is incapable of lying but you can’t trust Shatner.

When did they claim the show was factual?

Did any of the ghost shows claim to be factual?

Did any of the ghost shows claim to be factual?

Well, they claim to have ‘experts’ that back up their claims and trot them out. So you tell me.

But if someone is going to try to compare that to science fiction TV shows being real life, then I guess we’re all in trouble.

Shit using this kind of logic I guess the movie Star Wars was real because no one said it wasn’t factual. Same thing with Marvel movies–after all how are we supposed to know they aren’t real?

I think it was a joke.

I know what it was.

Nimoy is incapable of lying but you can’t trust Shatner.

For those very few SDMB members who may have somehow missed this sublime story, may I present Will Wheaton’s William Fucking Shatner story?

It’s been referenced on this board before, probably several times, but I think it deserves an occasional re-posting. I laughed myself sick the first time I read it.

Goodness - next you’ll be telling me that ‘reality’ shows are scripted.

Nimoy was just a narrator reading a script. I’ve been listening to the “In Research Of” podcast where the sceptic and scientific hosts re-watch episodes of the show and critique various aspects. There’s a surprising amount of actual science in most episodes, but everybody only tenths the spooky paranormal stuff, for obvious reasons.

Like in most of these shows, if there’s a story of a supernatural event, you should be skeptical that it happened at all even before you consider rational explanations. They often try to get your brain to think of ways it could happen or alternate viewpoints, but really it was made up whole cloth.

Unrelated to the above…

I live in what I could pass off as a haunted house. It is extremely creaky and will tattle on anyone trying to move around at night. But it will also fib, with random creaks often, even sequential creaks that sound just like when a person walks. If I made up a story of a tragic death, I could probably get on one of those shows.

How do you calibrate a “ghost hunting” device?

How do you calibrate a “ghost hunting” device?

One of the instruments they use is a TriField meter which I suppose can be calibrated. 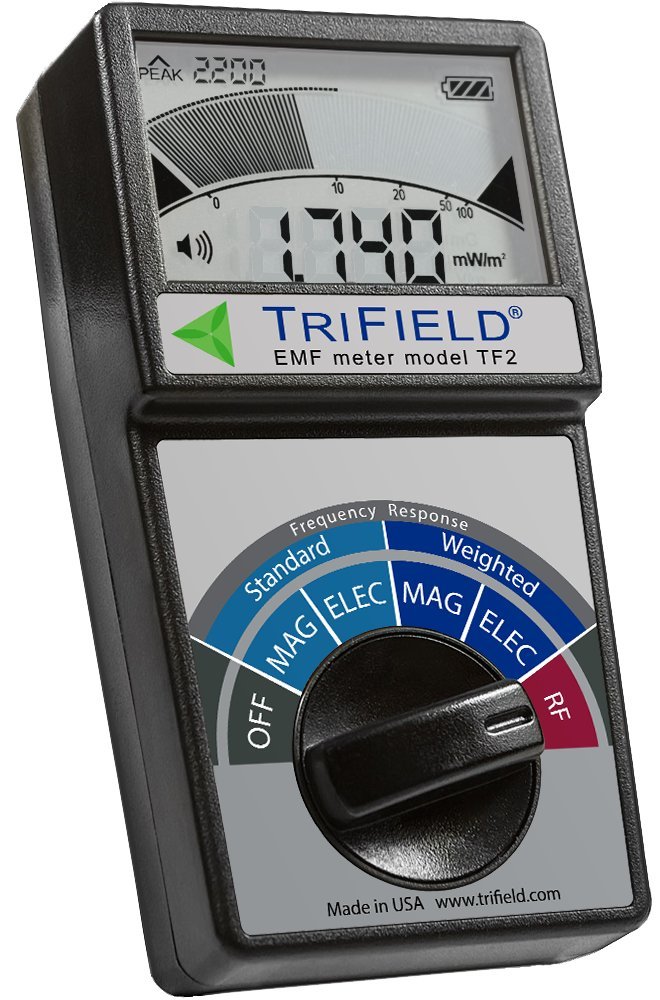 One of the instruments they use is a TriField meter which I suppose can be calibrated.

For ghosts? BTW, I’m not seeing “ghost detecting” mentioned anywhere in that link. It must be in the detailed owner’s manual, right?

It’s off-label use, of course.

My wife watches “Ghost Adventures,” mostly to laugh at (I hope). One of the gizmos that they use is something called an “Ovilus device,” which supposedly allows ghosts to talk to you.

I found an online explanation of how it purportedly works. Basically it has a speech synthesizer chip, a dictionary of pre-programmed words, and an EMF meter. The device, we are told, measures changes in the “environmental energy fields” and converts those changes into speech, using the synthesizer and the programmed words. In this way, ghosts can communicate with us.

Surely I don’t need to point out the weaknesses in this theory. What usually happens is that the device will spit out one or two random words in a Speak-n-Spell type voice, and the “investigators” will find some way to incorporate those words into the narrative that they are constructing about the haunted house. Voila, evidence!