So according to Verizons website I can get Fios internet and TV for $89/mo. Wow what a deal right? WRONG.

They don’t tell you until you check out that you MUST at a MINIMUM rent a set top box for each TV for $10/mo in order to use the service at all.

What the fuck is this bullshit? How can they advertise a price for a service and not include minimum mandatory hardware to use it?

How is this any different than saying “We are selling cable service for $10/mo including all cable boxes at no additional charge!” and then on the billing screen informing you you need to lease their special power cord for said boxes at $20 a piece/mo.

While I’m at it I’m sick of the bundle bullshit. The prices are outrageous if you don’t buy at least TV from the carriers.

(Bolding mine.) That’s how they getcha!

Not sure how FiOS works… Dish does some of the same shit, though. Even if you own the equipment, you pay a monthly “access fee” for each additional receiver, plus a “DVR fee” for DVR service.

Welcome to the wonderful, woeful world of itemized billing.

What pisses me off is that they keep sending me junk mail about FIOS and when I go to sign up it isn’t available in my area. Stop sending me crap about it then! I mean, you know which areas you service - stop sending junk mail to the places you don’t.

These aren’t fees. I’m prepared to get fucked by taxes and fees. This is a mandatory hardware rental available only from Verizon. There isn’t an option to buy a box or purchase another brand etc…This would be like Direct TV advertising free hardware for their system but you need to lease the LNB.

Seems deceptive advertising to me.

In Canada, Bell got wacked $10 million this summer for doing more or less this. 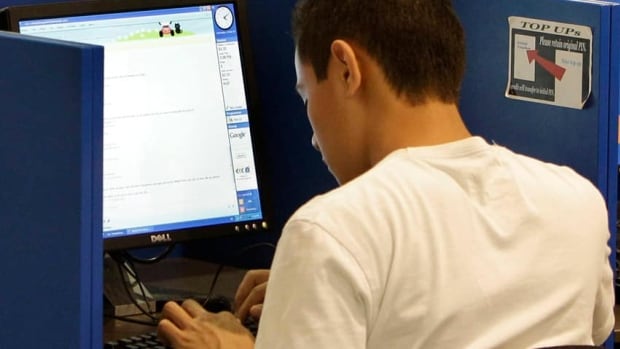 Bell Canada has agreed to pay a penalty of $10 million for making misleading advertising claims, the federal Competition Bureau has announced.

The Bureau found that Bell had, since December 2007, charged more than advertised for many of its services, including home phone, internet, satellite TV and wireless.

Additional fees, such as those related to TouchTone, modem rental and digital television services, were hidden from consumers in fine-print disclaimers and were mandatory, on top of the advertised prices.

In one example provided by the Bureau, Bell’s website advertised a bundle for home phone, internet and TV services starting as low as $69.90 per month. The lowest possible price, after the mandatory fees, was $80.27, or 15 per cent higher.

Welcome to the wonderful, woeful world of itemized billing.

Itemized billing is fine, in principle, if the things being itemized are somehow optional or at the discretion of the customer. I don’t, for example, have too much of a problem with airlines charging fees for checked baggage, because some people can fly without checking baggage.

I also wouldn’t have a problem with a cable company charging for a rental of a non-essential piece of equipment, like a DVR. You can watch TV without one, or you could buy your own. But to advertise a price for a service, and then to charge extra for something that is essential to the service that you’re advertising, is bullshit, IMO.

My favourite line item from Vonage is their “Regulatory, Compliance and Intellectual Property Fee.” It’s a $1.99 for, among other things:

Cubsfan, you are right on spot. I did without internet at home for several years due to finances, and because my employer got a “deal”, I got roped into their $99 deal. I knew there would be taxes and fees and whatnot so I expected it would be more like $115ish when all was said and done.

Wrong! I won’t go on and on about how the technician didn’t know how to set up my Mac or how it took them four months to bury the line or how nobody I spoke to could answer my questions but I will pontificate about their fucking bait and switch tactics.

When I got my $145 bill I called for an explanation and Tiffany McDumbass informed me that *the service *is $99 but each box in the house is an additional $15. I know she’s just doing her job but when I tried to explain my ire she wasn’t just insolent, I truly believe she literally didn’t understand the bullshit policy she was parroting to me.

I will shout loud and long to discourage anyone from dealing with Verizon. When I’m in a position that I can change they can fuck off.

However the fine print below says

So (if this is the same deal you’re taling about) I would conclude that you get a set-top box for one TV for “free”*. Additional TVs need their own boxes.

If they’re charging you for extra set top boxes for other TVs in your dwelling (who has just one TV these days?), then that’s standard for these sorts of things, like it or not. Like Vinyl Turnip said, that’s how they getcha.

If they’re charging you extra for a set top box and you’re using only one TV then yeah, you’re getting ripped off.

They provide zero boxes. You have to rent 1 at a bare minimum. I asked them this specifically before I told them to fuck off.

These aren’t fees. I’m prepared to get fucked by taxes and fees. This is a mandatory hardware rental available only from Verizon. There isn’t an option to buy a box or purchase another brand etc.

If it’s possible to imagine, it’s even worse than that, actually. When I got Verizon, the sales rep specifically told me I could use my* own* router instead of renting theirs. “Just tell the tech and he’ll set it up for you,” I was assured.

Well, I didn’t HAVE a router, but in the long run, buying one at almost any price would be cheaper than a monthly fee. So I bought one.

Turns out the technician is forbidden to install any router other than the one owned by the Company Store. He (and his dispatcher) completely refused – it was rent or nothing.

So I returned the now-superfluous router to the store, which charged me a nice restocking fee.

So, having taken the word of Verizon’s official representative in good faith, I paid the rental AND a special “sucker” penalty.

I would have canceled the whole deal if I hadn’t just been treated even worse by RCN, Earthlink, and Comcast.

My wife had asked me what to expect from Verizon and I said “mostly, new people to hate.”

If the advertising is truely deceptive, file a complaint with the FTC and with the office of your state’s attorney general. Odds are that nothing will come of it, but it’s worth a shot. If/when enough people complain, the state/feds tend to look into things.

I’m still surprised that wireless companies got away with advertising unlimited* data plans for such a long time. I think most have stopped that bullshit. I wonder whether it was a result of complaints.

*not actually unlimited, you sucker