Vladimir Putin and the Nooscope

Well this is certainly a bit odd, I’m not quite sure I understand what this BBC article is trying to say: 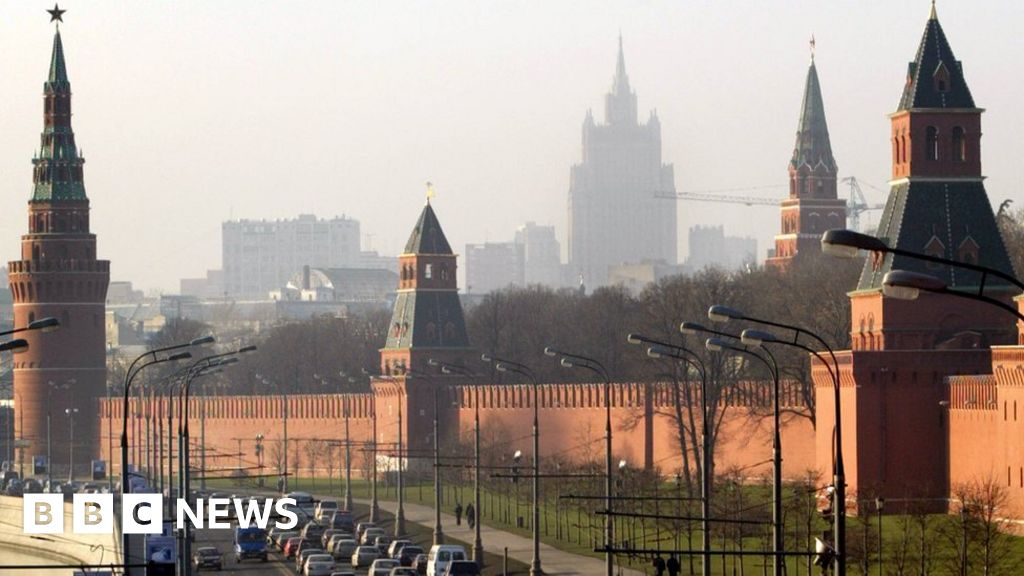 All the talk of a ‘Nooscope’ did ring a bell though, while searching that term only brings up further links to the same story on different websites the term ‘Noosphere’ is defined as:

‘a postulated sphere or stage of evolutionary development dominated by consciousness, the mind, and interpersonal relationships.
“creatures evolve: a new biosphere emerges, and with it a new noosphere”’

Is this connected to the alleged Karl Rove quote about the ‘reality-based community’ that was doing the rounds during the George W. Bush presidency? I also hear we’re now in a ‘post-truth’ political era.

I don’t really know what to make of all this…

Well, “noös” (more usually “nous”) is the Greek word for “mind” or “understanding” or “thought”; the noösphere is the sphere of human thought, or the realm of pure mind. The main people using it think we can transcend our physical bodies and transmute elements using the power of pure woo-woo bullshit.

Therefore, a noöscope is [del]how a cyka blyat will pwn you on Counter-Strike[/del] a way to see into the noösphere, which this joker imagines is a way to manage a world which is too complex to manage using, you know, actually looking at reality and making decisions.

Here’s something from the end of the article you link to:

There is no way to prove that the world “exists in reality and not in our imagination”, he writes in the Economics and Law article, explaining why the nooscope is needed to interpret and manage world events.

Prof Kordonsky feels he has heard it all before.

“It’s a state of mind,” he told BBC Russian. “It’s a rejection of the current realities. They want to change things but they don’t want to understand what things are really like. They have a perception of potential greatness […] and they’re suggesting a way of changing the country and building a better tomorrow.”

I’m immediately reminded of the Bush Administration’s disdain for the “reality-based community” and their belief that studying the world to understand it was just too slow compared to moving now and changing the world.

I’m immediately reminded of the Bush Administration’s disdain for the “reality-based community” and their belief that studying the world to understand it was just too slow compared to moving now and changing the world.

That’s what it reminded me of as well, it seems to be an increasingly common thing that what a person believes or feels is more important than objective reality or such pesky outdated notions as facts and truth.

I’m not smart enough to explain why all this disturbs me so much, but it does.

I was playing a computer game last night, Stalker: Shadow of Chernobyl, where a plot piece at the end involves a project to study and manipulate the noosphere to end greed, hunger, etc. The game is from 2007 and was made by Ukrainian developers. I don’t know if the noosphere theory is a “thing” in that neck of the woods or what but I find it interesting that the only other time I heard the word mentioned it’s about Putin trying to study/manipulate it.

Noösphere is a term introduced by the French philosopher Pierre Teilhard de Chardin in his 1922 book Cosmogenesis. It was a metaphysical concept in a scheme of teleology, not a woo-woo to transmute elements. It just means like there’s a lithosphere, hydrosphere, and atmosphere that gave rise to a biosphere, this in turn developed a noösphere when modern human intelligence evolved and then covered the planet in a globe of minds. Teilhard de Chardin didn’t live to see the World Wide Web, but I bet it would have fascinated him as a development of his concept. It was part of a teleology in which human evolution converges on a singularity called the Omega Point, which when it gets there will coincide with the second coming of Christ. Love as in agape is what generates human intelligence, so Christ’s love is what brings us to the singularity of intelligence. Or something like that.

Yeah, I attended a Jesuit university. How could you tell?

The other philosopher who conceived of noösphere at the same time as Teilhard de Chardin was Vladimir Vernadsky, who thought as the biosphere grew from and in turn shaped geology, so the noösphere develops out of and in turn shapes biology. Vernadsky attributed this to human intelligence evolving to where it can transmute elements (i.e., do nuclear physics). So as far as transmutation is involved in this, Vernadsky conceived it the other way around, not people imagining they can transmute through woo-woo, but to the contrary an appraisal of what the scientific fact of humans doing nuclear physics will mean for the biosphere.