Was Magellan’s/Elcano’s circumnavigation of the world planned as such?

The main objective of the first circumnavigation of the world, which Magellan commenced in 1519 and Elcano completed in 1522 after Magellan’s death, was to do what Columbus had failed to accomplish three decades before: Finding a way from Europe to East Asia going westwards. This they did, albeit at great hardship. But what was behind the decision to complete the circumnavigation? Was this a conscious choice? Or did the exhibition, after reaching waters that Europeans had already reached going East before, conclude that for the way home it would be easier to continue going westwards rather than the way they had come?

That’s a good question. The objective was to reach the Maluku Islands from the East; not necessarily circumnavigation . I suspect if their journey had been swifter and easier than recorded voyages from the West, the expedition may well have returned the way they came, anxious to deliver their valuable cargo of spices as soon as possible; avoiding the Portuguese aggressors which were the entire point of approaching from the other direction. As it was, the passage through the strait and unfriendly encounters in Guam and the Philippines were more daunting than possible capture by the Portuguese, so Elcano chose to take his chances continuing West. As it turned out, some of the expedition was captured by the Portuguese before making it back to Spain. The spices returned weren’t worth the cost of the ships and crew lost so the prestige of the first circumnavigation had to offset that in some way.

The second man to circumnavigate the world faired rather better. Francis Drake, when asked why he went around the world said it was to ‘vex the Spaniards’. He certainly did that, making off with lots of booty and he returned to England in 1580 on a ship laden with silver much to the delight of Elizabeth I who made him knight. He went on to do a lot more vexing of Spaniards in the years to come.

Drake was 60 years after Magellan. I guess circumnavigation and discovery was not as much a priority for Europeans as pillaging gold, silver and spices from the cultures they came across or each other.

I’ve never understood why Magellan gets credit for circumnavigation (at least in the history I was taught) when he personally only made it half way. Seems like Elcano should be the one to get credit (although Magellan can keep his strait).

There was a very recent episode of Secrets of the Dead on PBS: you can watch it online. It covered lots of the problems with the trip and its planning. After watching it I no longer think of ot being Magellan’s journey; he just got the funds and the glory. They covered the splitting of the ships, some trying to return east and the rest to the rest.

I still have trouble with the fact that Magellan ('s crew) returned one calendar day off, since they cumulatively missed a day because of later and later sunsets (I think).

I still have trouble with the fact that Magellan ('s crew) returned one calendar day off, since they cumulatively missed a day because of later and later sunsets (I think).

If you’re in America and you fly from New York to LA, you will cross three time zones and the time in LA will be 3 hours earlier than your watch shows. The length of time you experience from sunrise in NY to sunset in LA will be 3 hours longer than it would have been if you had stayed in NY.

You will have ‘lost’ a day, but that’s because you’ve been experiencing longer days than 24 hours by travelling west, following the sun.

The same effect provides the dramatic dénouement to a famous classic novel: Jules Verne’s Around the World in Eighty Days. From what I have read, the reason for this one-day shift was understood when the expedition (please ignore the embarrassing typo “exhibition” im my original question

) returned, but it was noted as a sensation.

I have read of a theory according to which Magellan might have come as far East as the Philippines (or their longitude) on one of his previous voyages to East Asia, before starting the one he is famous for. If that is true, then he did complete a circumnavigation in two separate legs.

As I understood, the leg crossing the Pacific was hellishly long and they were very close to running out of supplies - whereas the route home going west was already better known and they would have no difficulty determining where they could resupply along the way. (and it was shorter).

I am sure crossing the Pacific was a huge challenge given the few known islands. Spending long periods out in the open ocean with food and fresh water in short supply would have led to that scourge of mariners: scurvy. Magellans voyage lost 208 out of 230 crew,mainly to scurvy. Drake made it back losing 106 out of a crew of 164.

I am sure they calculated the attrition rate and how many crew would be fit enough the man the ships and realised that they may not make it back across the Pacific which took two months out of sight of land. Scurvy symptoms begin after one month and the symptoms are severe.

Also they did not understand about how to use the prevailing winds to go east across the Pacific. They were discovered in 1565 by Spanish navigators who opened up the Manila - Acapulco route. Drake might have known about it, but I think he would have been sailing back into enemy territory.

If you’re in America and you fly from New York to LA, you will cross three time zones and the time in LA will be 3 hours earlier than your watch shows. The length of time you experience from sunrise in NY to sunset in LA will be 3 hours longer than it would have been if you had stayed in NY.

You will have ‘lost’ a day, but that’s because you’ve been experiencing longer days than 24 hours by travelling west, following the sun.

At least, it would work that way until the International Date Line was formalized (when crossing the line, add a day heading west or subtract a day heading east, cancelling out the gradual shift of local time).

It has also been speculated that the person who first circumnavigated the world was Enrique of Malacca, who was a Malay slave of Magellan’s. He is documented to have travelled from Malacca to Cebu, going west, with Magellan and his expedition; and he departed the Magellan expedition shortly after Magellan’s death to try to find his way back to his home island. At this point he disappears from the historical record; but if he made it home before Elcano and his crew made it back to Portugal, he would have been the first person to circumnavigate the globe.

And even as late as the 1880s Lewis Carroll found himself confused, not because he didn’t understand how it worked, but because he couldn’t find an answer to the question of when and where you had to leap or go back. The International Date Line we see on our maps was not put into effect until the 20th century. Before then, when on the high seas, anything went.

He had bought a large map representing the sea,
Without the least vestige of land:
And the crew were much pleased when they found it to be
A map they could all understand. 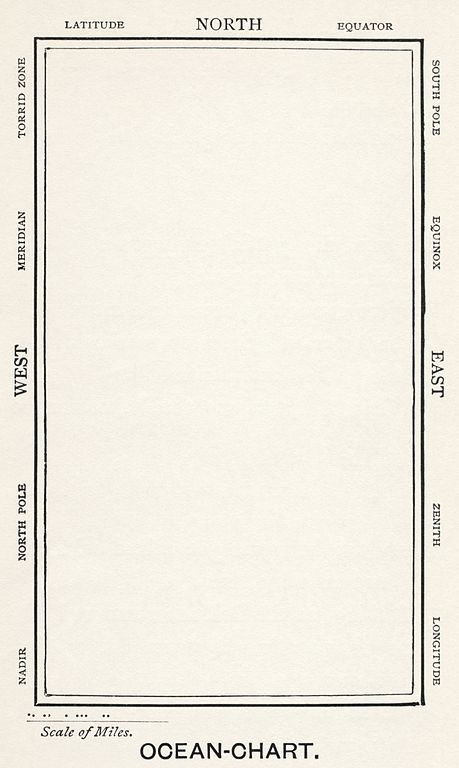 “What’s the good of Mercator’s North Poles and Equators,
Tropics, Zones, and Meridian Lines?”
So the Bellman would cry: and the crew would reply
"They are merely conventional signs!

"Other maps are such shapes, with their islands and capes!
But we’ve got our brave Captain to thank
(So the crew would protest) “that he’s bought us the best—
A perfect and absolute blank!”

Ha-ha! Quite right! (However, I was thinking of the passage in A Tangled Tale.)

When they were down to their last two ships and planning to come back to Europe, they sent one east through the Indian Ocean and one west back into the Pacific, strongly suggesting that a circumnavigation wasn’t the primary objective. (The one sent west didn’t get far - it was captured and later sank.)

You mean, the one sent East, across the Pacific, sank, whereas the Victoria (which made it back to Spain) went West?

Yes, I got my east and west mixed up, sorry

It’s okay, happens all the time. Might explain how the myth of Columbus proving the world is round got started. He sailed across the Atlantic, and then he sailed “west” back to Spain to report on what he’d found.

The same effect provides the dramatic dénouement to a famous classic novel: Jules Verne’s Around the World in Eighty Days.

But note that the around the world trip in that book was in the other direction, so they “gained” a day. Which is why the denoument works. It wouldn’t have worked if they’d gone the other way.