Was There Cable TV BEFORE Broadcast TV?

I ask because I just saw an old 3 Stooges short. The boys are at a rich man’s mansion (WRECKING THE PLACE, AS USUAL), when the rich man announces that the guests are going to be treated to a live TV broadcast (of Niagara Falls). He speaks into a telephone , and says “Go ahead , Niagara Falls”!-then the image appeared on a TV set. This short was filmed in 1934-before TV broadcasts (in the USA) began. So was there some kind of limited cable-based TV before broadcast TV?

I think this may be an example of what Wikipedia categorizes as a “niche use” of closed-circuit television.

Yes, there were closed circuit television broadcasts as early as 1925, with the first broadcast tests in 1927.

However, television broadcasting in the U.S. was happening as early as 1928. By 1934 (the date of the Stooges short) the U.S., Great Britain, France, Germany and USSR were all doing some telecasts, either broadcast or closed circuit.

The first “real” cable television system was in Mahanoy City, Pennsylvania in 1948.

Can anyone tell me the title of this specific Three Stooges short?

Can anyone tell me the title of this specific Three Stooges short?

Perhaps “A Plumbing We Will Go?” 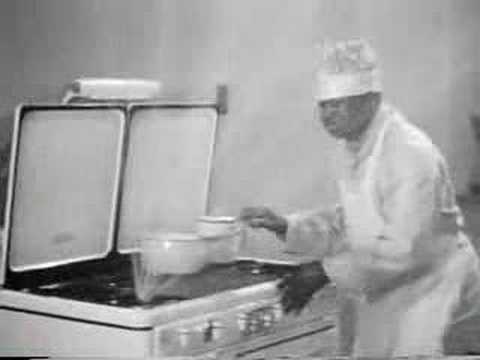 I guess I’m not following why it would have to be cable? Why couldn’t it have been a live TV broadcast. The guy with the camera had it set on Niagara Falls and the Stooges were in Buffalo or at Niagara Falls (city) working at a house. Then the man talks to the man who either flips the switch or is at a phone and signals a camera man to point his camera at the falls.

Yeah, the man saying “come in Niagra Falls” is the TV station’s announcer (not someone over a telephone), and he calls it a broadcast. I’m voting it was implied to be over-the-air.

But mostly it was just a setup for a funny gag.

Perhaps “A Plumbing We Will Go?”

Start out at about the 4:00 mark.
http://www.youtube.com/watch?v=s8-PlnJ3kkk&feature=related