I just read an ad in a local paper that claims that a square mile of cannabis crops require 300 million gallons a year. This was brought to me by the “Coalition for responsible cannabis”, which I’m sure is anything but. Regardless, I wanted to compare that to other crops, and indeed, check to see if that figure was accurate.

I spent about 15 minutes trying find out how much water corn, for example, uses. I couldn’t find it - they gave it in bushels, etc. But my Google-fu sucks, so there’s that.

Can someone help me with some comparative numbers? Mind you, this is only to satisfy my curiosity, I have no vested interest in medical pot one way or the other.

This is one of those cases in which knowing the technical term to google is very useful. The term you’re after is acre-inch: which is one inch of rainfall, or the equivalent amount in irrigation, over one acre. That’s how the water needed for crops is usually measured.

The amount of water needed is going to vary by crop, by weather, by soil type, and by other factors; but here, along with some discussion, is about the first figure I came across for corn:

In Nebraska, total corn water use ranges from 28 inches per year in the southwest to 24 inches in the east.

so, taking that as a rough approximation, the next thing you need to know is how many gallons in an acre-inch? In US gallons, approximately 27,154.

Many parts of the world ordinarily get that much or more from natural rainfall (including where applicable the water in snowfall); though I don’t know if Nebraska’s one of them. – hmmm. Seems to depend on where you are in Nebraska, not too surprisingly. Some places more, some places less.

15 to 30 inches a year, on average; which is definitely on the dry side from my perspective. Most places in New York State, where I am, get between 35 and 46 inches per year on average; corn is almost never irrigated around here, and I’m sure hemp doesn’t need to be either, or marijuana if they decide to let us grow it outdoors.

Those rates are annual, of course; it’s not all going to fall during the growing season. But most soils can hold at least some water for some time.

Cannabis cultivation can require a lot of water and energy usage. Accurate figures depend on numerous variables.

Here is an article that documents water usage by major crop in CA, including cannabis, for comparisons…(google “water usage by crop”)… 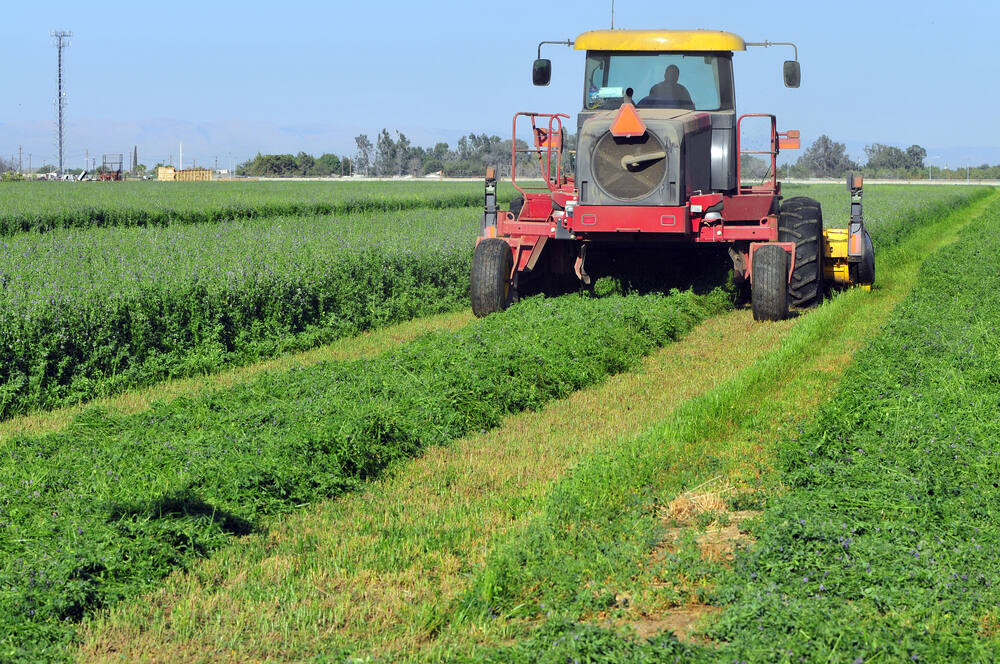 Which California crops use the most water?

When discussing the drought, the question of which crops use the most water comes up a lot. Here are the top 10 most water-intensive crops.

An acre foot is equal to about 326,000 gallons, or enough water to cover an acre of land 1 foot deep.

The Department of Water Resources didn’t track water usage for cannabis in its 2015 data, but The Washington Post reported in 2015 that the crop uses 1.4 acre feet per acre.

So, sounds like the estimate in the OP is not far off.

Thanks so much guys, I appreciate the info and research. That’s the stuff I was looking for. I did a little research and the ad was sponsored by the vineyards - wine industry.

And I do live on the central coast of California.

I remember one fellow I worked with many many years ago who planted pot in the woods off the golf course he frequented. He mentioned it looked like critters ate the stuff before it was even close to mature enough for use. We joked with him that if we saw any birds flying upside down we’d let him know.

So based on that and stories of patches growing (cultivated) the the woods in places like The US south and northern California, I presume water requirements can be met in many areas by local rainfall.

Plus, if it can’t be grown (legally) in large fields outdoors, I presume evaporation is not an issue. Until it was legal in Canada, there were houses converted to grow-ops, where the heat and humidity basically made the building almost impossible (well, uneconomical) to repair due to mold.

I suspect we’re a long way from giant fields of outdoor cannabis with center-pivot irrigation in rural Iowa. …or are we?

Yeah, some of the links provided differing water demands for different parts of the country- some areas not needing irrigation at all. The rainfall being adequate.

But here, there is always a fight for water for irrigation. So when I saw an ad lobbying against irrigation water for pot growers by an organization touting itself as “responsible cannabis” growers, I became suspicious.

Turns out that the organization was actually the wine lobby and the numbers for the irrigation water use for cannabis is nowhere as much as most all of the crops - food and wine.

Yeah, some of the links provided differing water demands for different parts of the country- some areas not needing irrigation at all. The rainfall being adequate.

But here, there is always a fight for water for irrigation. So when I saw an ad lobbying against irrigation water for pot growers by an organization touting itself as “responsible cannabis” growers, I became suspicious.

Turns out that the organization was actually the wine lobby

Got any evidence for that? All I found was that it was a group that’s negotiated with commercial producers for odor abatement.

Vineyards use less water than cannabis growers, though it’d be understandable if there was apprehension among growers in general about a new competitor for a scarce resource. 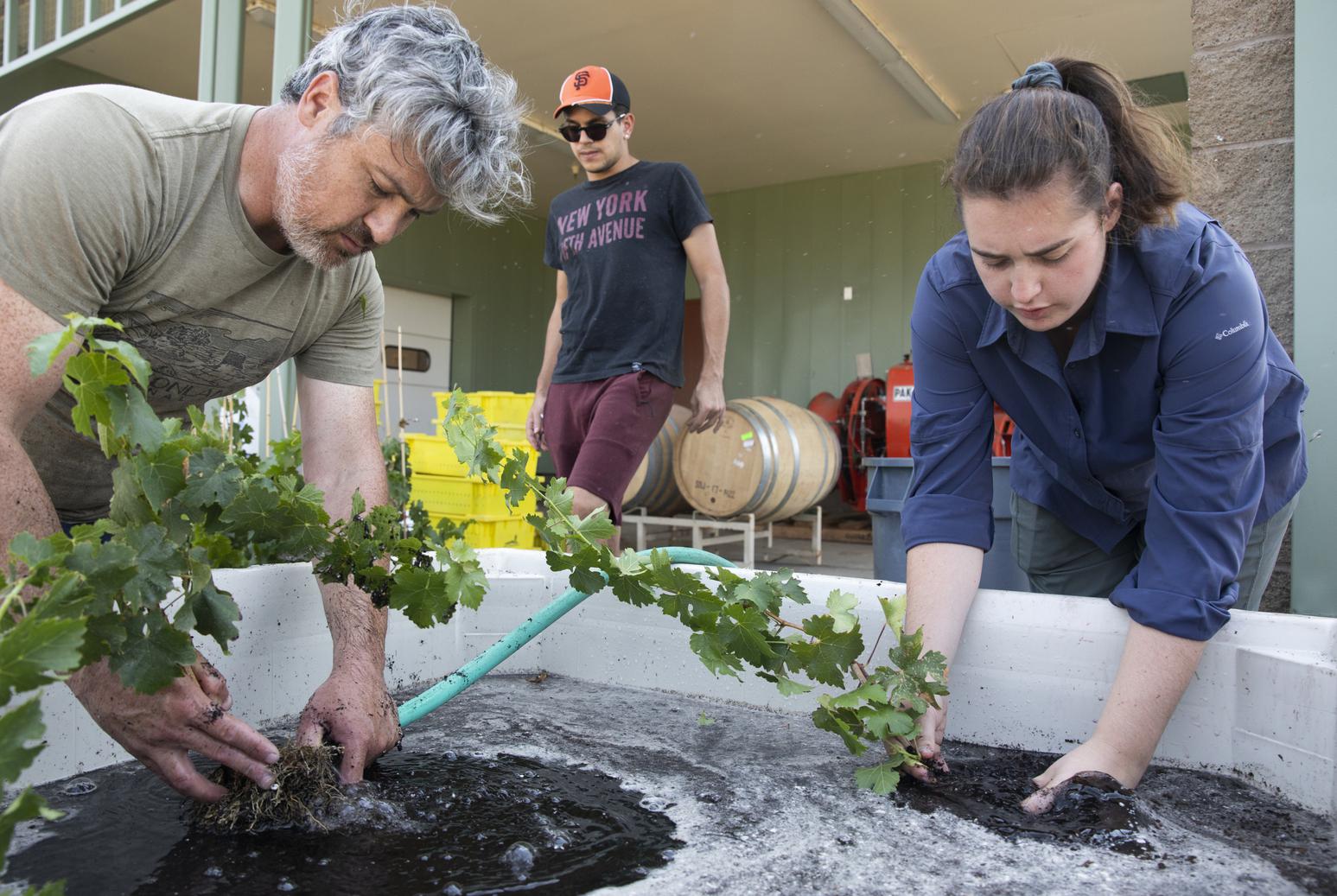 While California wine growers had to cut irrigation, grape quality is looking promising...

So the lesson is to drink wine rather than consume cannabis.

the numbers for the irrigation water use for cannabis is nowhere as much as most all of the crops - food and wine.

I’m not surprised. Hemp is supposed to be a pretty drought-tolerant crop; the needs of cannabis probably vary some from those of hemp, but I wouldn’t expect them to vary drastically, especially in terms of water – if anything, I’d think excessive water at the wrong time in the growing season would be more of a problem.

Especially if you piss it back into the watershed.

Got any evidence for that?

I found an article in one of our local give-away newspapers about the tension between the two. I think I’ve already tossed but I’ll check when I get home.

Not according to the article linked by snowthx, unless I’m reading it wrong.