My computer reboots on its own spontaneously.

On bootup, some ANSI characters appear randomly throughout the POST and even in BIOS. In Windows, it only recognizes one of my monitors, and doesn’t recognize my video card driver. It only lets me set really low default resolutions. And some weird yellow lines appear on the screen even after I boot.

I’ve run a few virus scanners in the past few weeks, not sure one can affect BIOS anyhow…

I just gave the inside a good dusting and made sure the components were plugged in tight, no luck…

Any clues how to fix this?

If not, what motherboard will go well with this CPU I may buy? 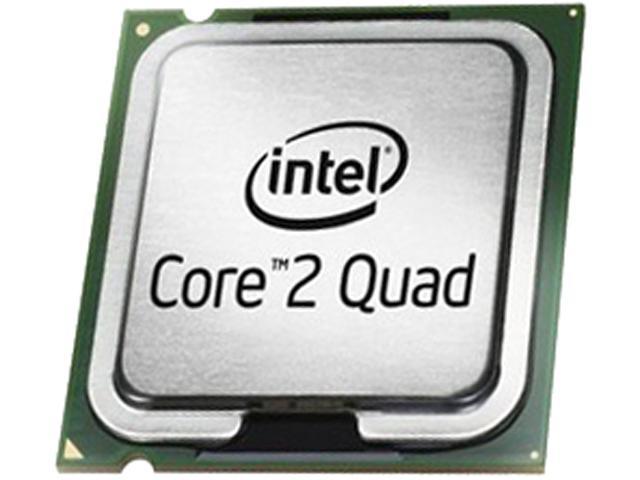 I figure replacing both MB and CPU might fix this hrm?

Have you tried uninstalling your video card drivers, rebooting, then reinstalling them?

If that doesn’t work, your bios may have been corrupted. It’s not necessarily a virus though. Do you have enough computer knowledge to update your bios?

There’s other possibilities, but based on the information given, I’d try those two options first.

I flashed BIOS 2 months ago. I guess I can again.

I’ve reinstalled video drivers. It’s getting messed up in BIOS, though. And I just had the screen saver try to activate, and it told me I need to use a newer video card to display the screen saver.

I would sooner believe the video card, or its RAM, is failing. Funky flickering characters during the boot upsequence while the monitor is still in character mode is the classic sign of that.

They aren’t flashing, or even in colors. They’re just from the extended ASCII or ANSI set, like the weird Qs with the open tops, and the "i"s with the double dots, weird things that look like broccoli, and strange square things. Maybe I should take a video of it.

Then when it starts loading Windows, it gets these blue lines in columns…

In Windows, it has weird dashed lines across the screen.

I’d have to say the primary suspect here is the video card or on board graphics chip. The next to suspect would be memory. I would concentrate on trying a different video card first.

There was a recall on the GeForce 8800 a while ago … something about the manufacturer had used the wrong resistor.

I agree – this definitely smacks of being a hardware problem with your video card. Check the simple stuff first: make sure the video cable is connecting snugly at the monitor and the video card. While you’re at it, check for any bent pins, etc.

The random reboots wouldn’t be caused by a loose cable, though, so I suspect the problem is deeper than that. Remove your video card and vacuum out the case (or use compressed air to blow it out, but I prefer the vacuum treatment). Re-seat the video card and make sure that it’s hooked up to an auxiliary 12V connector from the PSU if your card requires it. If your card is actively cooled (i.e. has a fan), verify that the fan is in good running order when the computer is powered on.

Check the temperature of the GPU as well, both at idle and under heavy load. You’ll need to find an adequately stressful game/application for your vintage of video card, whatever that may be. Hopefully your driver control panel offers some kind of temperature monitor. I couldn’t tell you off-hand what constitutes “normal” temperatures for your particular GPU, but you can probably google up some information if the driver’s control panel doesn’t make it obvious.

If temperatures are nominal, and none of the above has solved the problem, then it seems likely that something is more fundamentally wrong with the card. It’s unlikely to be anything that you can fix yourself, to be honest – possibly just a defect in the GPU or some other component of the card.

I’m kind of leaning towards it being an issue with the motherboard … perhaps the chipset or the BIOS. Hopefully the video card or the RAM fixes the issue.

I flashed BIOS 2 months ago. I guess I can again.

There’s almost never a good reason to flash a bios.

The bios gets the computer up and running, and that’s about it. The bios figures out how much memory is in the computer, what devices are attached to it, etc. and slaps a basic configuration onto the PCI bus so that it will work. Then it looks for an OS to boot. Once the OS comes up, the bios is pretty much out of the picture. Most operating systems use their own drivers instead of bios calls to access the hardware, so flashing the bios to fix a problem with a running computer is almost never going to fix anything.

In this case, there’s a chance you could turn the entire computer into a boat anchor by trying to flash the bios. You’ve got a memory corruption problem. It is probably just confined to the video card, but if you are corrupting the main ram as well then when you flash the bios, the new bios will be temporarily stored in the ram where it can get corrupted. Once the bios is corrupted, the computer won’t boot. Hopefully, at that point there’s a bios reset jumper you can enable on the motherboard, because otherwise you have to yank the bios off of the board and put it in a prom burner and re-flash it (this requires tools that the average home user does not possess).

My money is on the video card. The fact that the computer won’t even recognize it as the correct model video card (on top of the fact that you are getting video corruption) is a good hint that it’s mucked up. If it was the main system ram or the cpu I’d expect windows to crap out as well, but you seem to indicate that windows doesn’t crash, it just displays funky.

Check your ram. Run the microsoft memory tester for a few hours and see if any errors come up.

Although it does seem like it can be a video card issue. Got any spare cards to swap out?

I recorded a video of the computer booting up, and then shutting down. 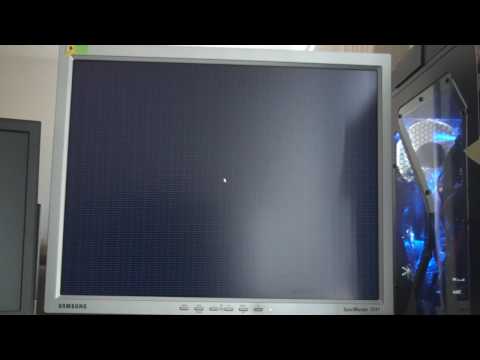 You can see the corruption starting on POST, and during bootup, and weird characters in Windows. Then on shutdown, right at the very end after the OS has unloaded, it shows some more weird characters on the screen again.

I don’t have another video card available to toss in here to test it. My girlfriend’s card doesn’t fit in this board, so I don’t know how to test if it’s the video card unless I buy a new one.

I will try that memory test **HorsloverFat **and let you know how it goes.

In the meantime, can the other experienced folks check the video and let me know if that gives you any more clues?

Also, engineer_comp_geek, I used to work as a QA tester for Phoenix Technologies. I tested lots and lots of BIOS, and have done thousands of ePROM burns in my time. No, I don’t have a machine handy, and I may have to replace my motherboard if a flash goes wrong. However, if it’s not the video card or the memory, I might have to replace the motherboard anyhow.

I do not have another video card to try.

I just watched the video. Im voting video card. That looks like video corruption to me.

>so I don’t know how to test if it’s the video card unless I buy a new one.

You could buy one from a store with a decent return policy. If its not the card just return it. If it is, they got a sale.

I brought the computer to work to see if we could swap one part. I checked with the guys in the IT department.

We found a computer with a PCI-E card, and they let me borrow it. I put it in and it worked perfectly. I put my 8800GTX-768 back in, video corruption.

Was going to say after watching the video that it does look like my screen when my video card went pear shaped. But it looks like you’ve confirmed it.

Is your gf’s video card an AGP? Just curious.

yeah her card is AGP.