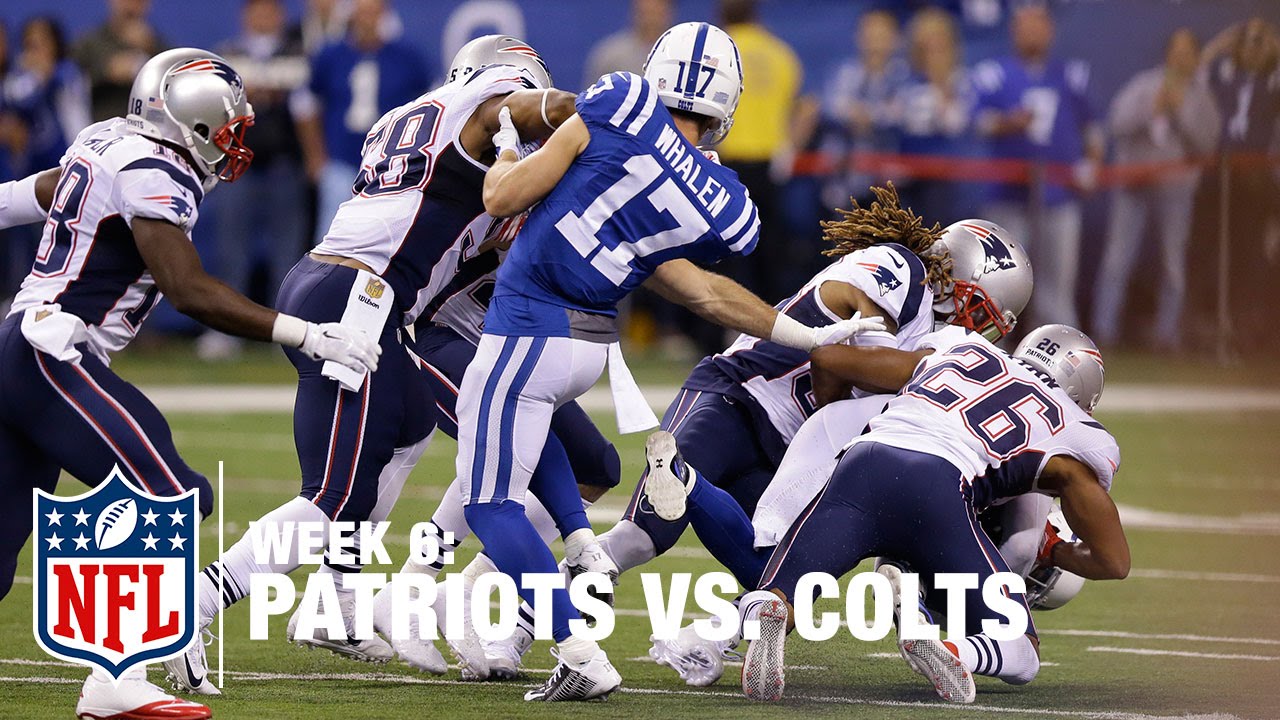 What were they going for here?

They were trying to draw the Patriots offside. The ball was never supposed to be snapped, but the Colts had their backup snapper in the game and he never got that memo.

Also the snap took too long. My understanding was it was an actual play but the ball should have been snapped immediately

Also the snap took too long. My understanding was it was an actual play but the ball should have been snapped immediately

It can’t be “also.” The previous poster said the ball was never to have been snapped. So which was the plan, no snap or immediate snap. I’d guess the former. If immediate snap was the idea, when it didn’t happen, the QB should have called a time-out. He’d have to know he was getting sacked.

An immediately snap makes no sense, because that’s an illegal formation. Any actual play would be guaranteed to be wiped out by the penalty.

An immediately snap makes no sense, because that’s an illegal formation.

As I understand the NFL rules, a legal formation has to have:

In this play, the player originally lined up as left end (#17, at the top of the screen) shifted to the right, and wound up as the man to snap the ball, but he was still on the end of the offensive formation, and at the line of scrimmage.

The player originally lined up at right end (#27, at the bottom of the screen) shifted to the right, to make room, but he, too, remained at the end of the formation, and at the line of scrimmage.

The five players who were originally lined up as “linemen” all shifted right, but as they reset, they wound up too far back from the line of scrimmage. The ball was at the 37, and the two leftmost of those five are back at the 35, while the other three are maybe as far up as the 36. Linemen are usually allowed to offset themselves a bit from the line, but I think they have to be offset by no more than one yard.

There were no flags flow for an illegal formation or shift that I can see. Not that the penalty would hav ebeen accepted, I’m sure.

There were no flags flow for an illegal formation or shift that I can see. Not that the penalty would hav ebeen accepted, I’m sure.

Actually, there is, indeed, a flag thrown when the ball is snapped (at 0:17 in the video). At 0:33, the referee announces the penalty as, “Illegal formation, the whole right side of the line was not on the line of scrimmage.”

But, you’re correct, the Patriots declined the penalty, since the result of the play was a loss of possession on downs.

I haven’t seen something like that since my team practiced it when I was a freshman in high school. I think the intent is, the center is now an eligible receiver. However, I’m pretty sure it’s supposed to be run out of the shotgun, as the ball is usually lateraled to one of the backs, who should then have a receiver open (assuming the defense has more than 2 players lined up where the center is), unless the QB thinks he can run, or throw to the center.

That was pretty hilarious.

Short version: the idea was to bait the Patriots into thinking that the Colts were running players off the field, to switch from their punt team to normal offensive personnel. If the Patriots responded by trying to change personnel, and had more than 11 on the field at some point, the Colts back who was now lined up behind the center was to move under center, which was the signal for the new center to snap the ball.

In other words, the ball was only to have been snapped if the Colts had caught the Patriots in a “too many men on the field” situation.

It malfunctioned, badly, for several reasons, including:

I have never seen an NFL “swinging gate” play of this sort work. In 2009, the Redskins tried it against the Giants and it was an utter fiasco as well.