While I am (in this case, thankfully) not a Londoner, I cannot help but love this story: Victoria Line closed due to concrete flood.

The “article” (there’s nothing much there) doesn’t explain WHY they would have done this. I can’t imagine them wanting to pour some other liquid into the control room, and pouring in cement by mistake, so How Did This Happen?

At least it’s not as bad as the Great Boston Molasses Flood which took some lives. But at least we know that in that case, it was an accident. The Great Molasses Flood, also known as the Boston Molasses Disaster or the Great Boston Molasses Flood, occurred on January 15, 1919, in the North End neighborhood of Boston, Massachusetts. A large storage tank filled with 2.3 million US gal (8,700 m3) weighing approximately 13,000 short tons (12,000 t) of molasses burst, and the resultant wave of molasses rushed through the streets at an estimated 35 mph (56 km/h), killing 21 and injuring 150. The event entered local folklore and re The dis...

Details seem to be sketchy–I linked to that particular article because that’s the website that broke the story, plus it’s got the pictures. As far as I can tell from the various more substantive articles I’ve looked at, it seems to have been an accident.

Transport for London said the mixture of concrete and water was being used to “fill voids” while upgrade work was being carried out. 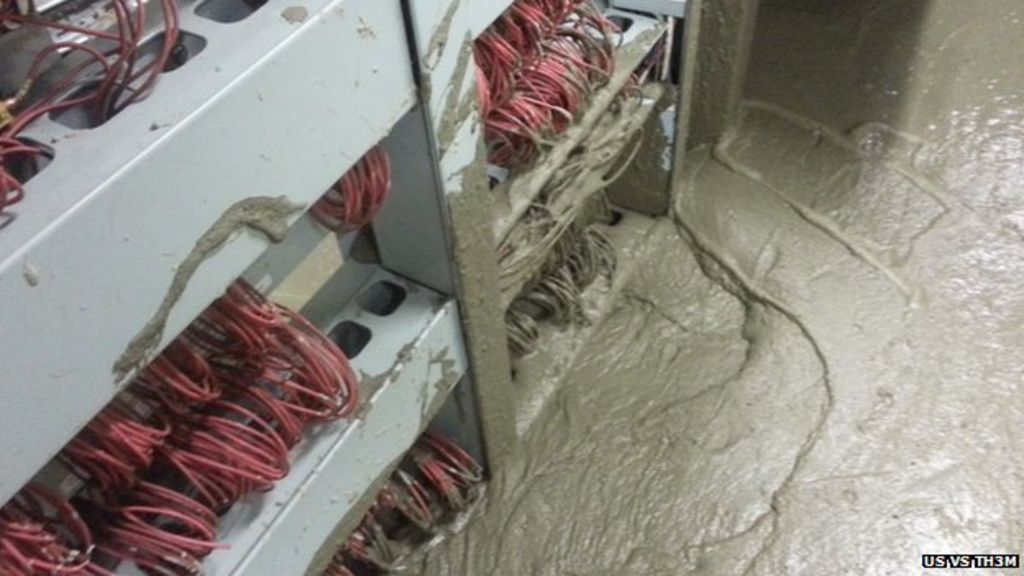 Part of the Victoria Tube line is suspended in London after concrete floods a control room.

“Transport for London say the line will stay closed tonight, although nothing is set in stone”

Wow, Cinnamon, between this and the cannibal rats, you’re on a headline roll today!

It’s been a good day for snark in the UK

One more, then I’ll stop I swear - the flowchartfor this situation

Slightly more on the voids. From here: http://www.theguardian.com/uk-news/2014/jan/23/londons-victoria-line-suspended-after-control-room-is-flooded-with-cement

Tube workers clearing up at the scene said the contractors, VINCI BAM Nuttall, appeared to have poured concrete into a void in an escalator machine room that burst through into the signal equipment room with a flood up to a foot (30cm) deep.

Worst case for VB Nuttall would be, “I couldn’t see where it went, but I figured it had to have a bottom somewhere.”

None of the pictures show how big the flooded room was. If it was the size of a closet that might be less than a cubic yard of concrete. Not good for the equipment, but not the world’s biggest concrete oops.

Can anyone guess the size of the room from the equipment described?

A couple of those pictures look like there is a drain in the floor. If it is the floor and not just a hole in a shelf, it’s hard to get perspective from them.

When I was at the U. of Evansville, a urinal on our floor stuck “on”, and the floor drain was plugged up. I went down to the restroom below us, and I took the drain plug out of the trap under our floor. It didn’t really solve the problem, but it moved it.

How long before it occurs to someone to set up duplicate equipment and patch the wiring into it, even if it means the new equipment takes up all available space in the room?
Maybe find a place upstream for the replacement equipment.

Get the damned trains running, and figure out what’s next when the trains AREN’T supposed to be running.

You can’t just get duplicate interlocking equipment off the shelf. These things are individually designed for the specific track configuration at each place.

Were the design docs also buried?

Getting the old section (this was the upper of a double-deck) out, a new section fabricated and lowered into place (a bridge- no land under) took about a month.

That replacement rack should be well under way, with all components on hand - it looks to be a series of relays - anything about the relays to make them custom and can’t-possibly-be-temporarily-replaced by off the shelf relays?

It’s not the relays that are special, but the wiring. Railroad interlockings are basically relay computers - lots of complicated logic gates ensuring that you can’t get an incorrect signal indication.

So some dude is going to have to put together a bunch of relays and re-implement the same logic functions to make this particular section of track and signals work correctly.

We had a similar situation in New York when a fire destroyed a good portion of a relay room at Chambers Street on the 8th Ave subway line. They were able to jury-rig some temporary equipment to get some trains running in the short term, but it took a couple months to get everything back to normal.

They got it fixed overnight: 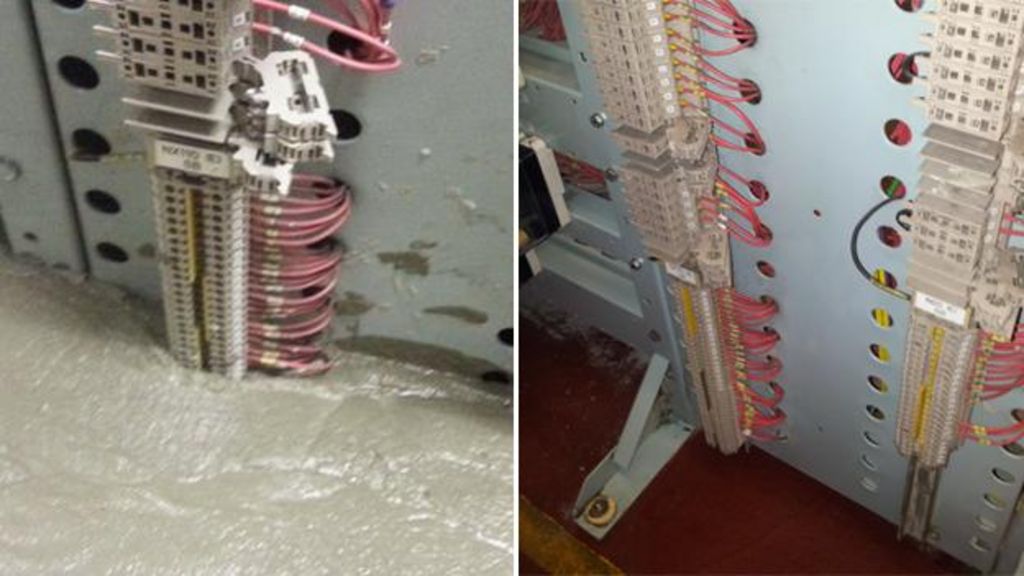 A section of the Victoria Line through central London which was shut after wet concrete flooded into a control room reopens.

Apparently they used sugar (just a spoonful?) to fix it: http://www.independent.co.uk/news/uk/home-news/victoria-line-cement-flooding-fixed-workers-used-sugar-to-stop-spilled-concrete-from-setting-9082206.html

Have trains rolled on (…in the most delightful way!) yet?