What are the production costs of Zolgensma [prescription drug]?

IF this is too specific to answer due to there being literally no information on this, let me clarify what I’m getting at here. Someone tried arguing this life saving drug for babies was marked up to 2 million dollars due to production costs. They have no evidence of this, I brought up the fact some drugs mark up their prices and justify it with their cost of advertising, then mislead people into believing it was their R&D.

If we don’t know the production cost of a drug, can we say it’s overpriced? How do we know?

A very high level overview would be: Production costs for a drug can run into millions (and millions) of dollars if you factor in the R&D. Further, not only are you covering costs for the drug that successfully makes it through all of the tests and trials, you are also covering costs for the many that never made it. Costs to the end user are more closely regulated in most countries than they are in the US. Time in market without generic (identical drugs) driving the price down is limited. All of this means that drug companies try to profit grab here while they can.

The costs they charge in the US are ludicrous and inhumane even with all of these factors.

It looks as if Zolgensma, even at $2m, is cheaper over time than its rival, Spinraza because it is a one-off treatment (cure?) rather than a lifetime of painful injections.

Production costs for a drug can run into millions (and millions) of dollars if you factor in the R&D.

I am not an accountant but I don’t think it’s correct to include R&D costs in calculations of production cost. For one thing, the R&D costs are fixed and unless you know how many units of a drug will be sold, how do you decide how much of the R&D cost to allocate to each unit sold?

A very high level overview would be: Production costs for a drug can run into millions (and millions) of dollars if you factor in the R&D. Further, not only are you covering costs for the drug that successfully makes it through all of the tests and trials, you are also covering costs for the many that never made it. Costs to the end user are more closely regulated in most countries than they are in the US. Time in market without generic (identical drugs) driving the price down is limited. All of this means that drug companies try to profit grab here while they can.

As I understand it, this is the situation. Do those costs, strictly speaking, actually impact the “production cost” of the drug (if you’re defining “production cost” strictly from the standpoint of “what does it cost to make one dose, once the drug itself has been figured out and approved for use”)? Undoubtedly not.

I’ve also long suspected that, since the pharma companies largely can’t get away with charging those sorts of prices anywhere else but the U.S., U.S. consumers wind up paying for the lion’s share of R&D costs (and profits) for pharma.

Here’s an article investigating this issue for antivenom: 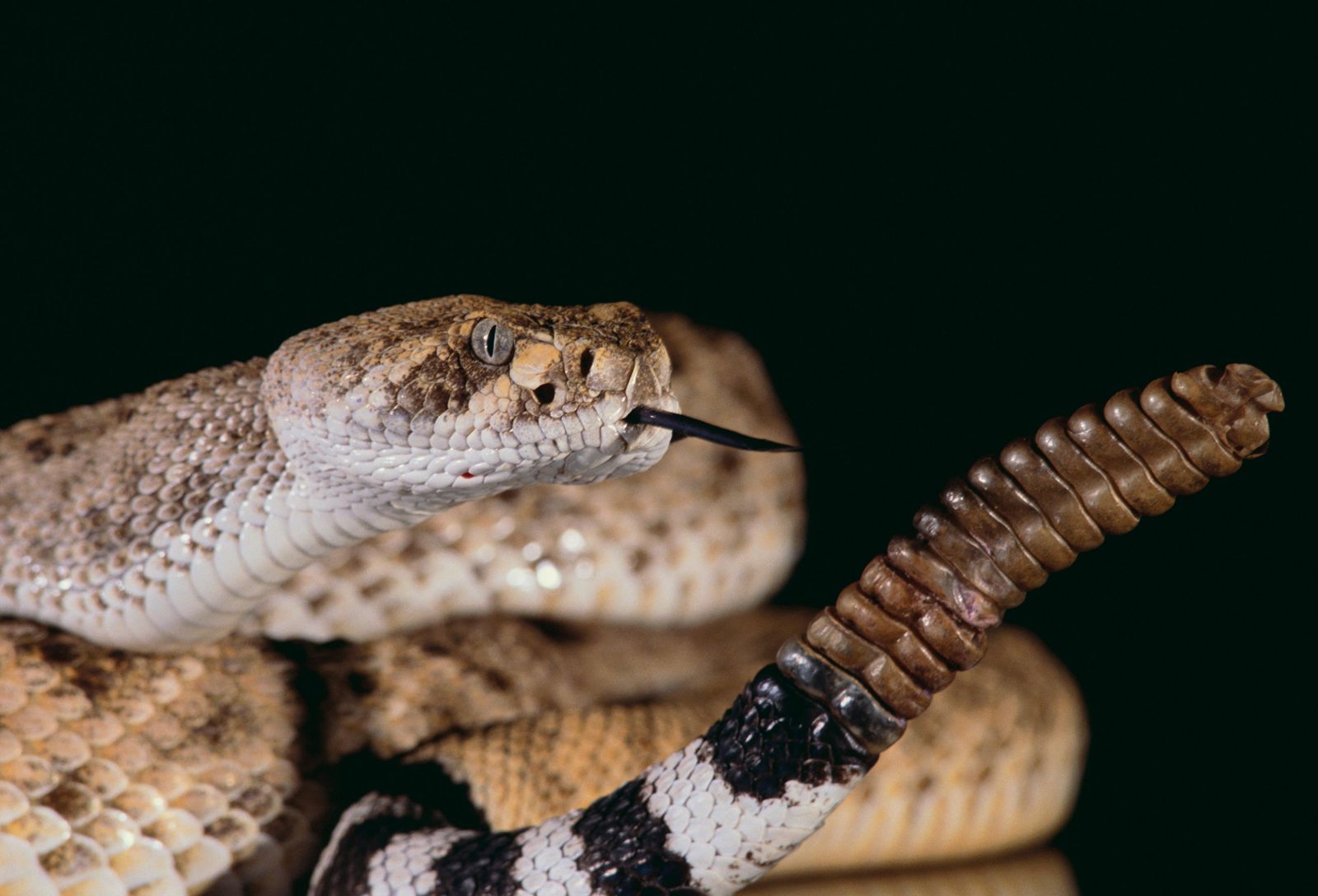 It’s not because all antivenom is expensive to make.

After examining cost data from every step of the process, from the factory floor to hospital billings, Boyer developed a pricing model that shows how much each part contributed to the ultimate expense. Fees and costs for licensing, regulation and hospital profits amounted to 27.7 percent of the overall cost and clinical trials made up just 2.1 percent. The cost of making the antivenom, including research, development, animal care and plasma harvesting? A mere 0.1 percent. As for the remaining 70.1 percent, Boyer found that the cost was due to hospital markups used in negotiations with insurance companies, Ingraham writes.

I can speak from direct experience.

The raw material costs of production for both the drug product and the active are low, even the equipment purchase costs aren’t incredibly high.
The big costs come from two areas, keeping the production facility, process and people in a state of regulatory compliance and the incredibly high cost of getting the drug to market in the first place. The attrition rate through discovery and clinical trials is high and each trial, even a small one, costs a bloody fortune.

If we don’t know the production cost of a drug, can we say it’s overpriced? How do we know?

Well, if we’re talking a few hundred grams of a chemical substance, or even a biologic drug made from a genetically engineered organism, costs definitely have a ceiling. It’s going to depend on volume and other factors, but yes, a few thousand dollars is about where that ceiling is. The rest of the money is profit or covering R&D.

Obviously this model is batshit crazy and we really should be funding drug research through Federal grants directly, with large rewards paid directly to the scientists responsible for successful drugs. (not the CEOs or investors, the actual scientists who came up with them. And by large I mean a few million dollars, not billions).

And we should negotiate with the EU and get them to commit a fair share of funds to this effort so the world’s drug R&D burden isn’t borne solely by the USA.

And the actual drugs should be sold at cost.

I would like to see some cite or backing for the statement that “the world’s drug R&D burden is borne solely by the USA”. Because that sounds like nonsense intended to make Americans believe this is the reason that pharmaceuticals are so much more expensive than the rest of the world.

I have over 20 years in drug development and manufacturing.

I’m not entirely understanding your question, but I can tell you this:

The actual manufacturing is generally tiny. One drug I worked on was a lyopholized (freeze dried to a powder) sterile injectible drug, and the total cost per vial was 13 cents. There are products that cost a lot more to make, but in general the manufacturing is not that much.

R&D is quite a lot, but it’s the clinical trials that really cost a lot (every place I have worked considers Clinical part of R&D, but for the layman’s benefit I think its worth calling it out separately). The tests, lab results, etc for a patient can top $20,000. Just to determine if the subject is eligible for the study.

The prices for drugs in the US easily pay for all this, and margins are great. But not all the R&D programs result in commercial success, so those that do succeed have to subsidize those that don’t

Agree with most of the comments here. Just a couple of extra thoughts:

Snake antivenoms are so atypical that they’re not really a good example of anything (apart from other antivenoms). The development program is going to be unlike almost anything else - how do you run a clinical program on an antivenom? Answer: not in the typical manner. Prelicensing clinical studies are likely to be limited, with lower attendant costs (there is, however, a WHO Guideline[!]).

For a General discussion of development costs of medicines, this Forbes article is pretty good.

For years, the pharmaceutical industry has relied on estimates from the Tufts Center for the Study of Drug Development, the most recent of which that puts the cost of bringing a medicine from invention to pharmacy shelves at $2.7 billion.

My bolding. One thing that does come out of this article - and it applies equally to development and manufacturing - is that it’s too easy to slip into a “one size fits all” view. Development costs per drug vary from hundreds of millions to in excess of 6 billion - the latter figure I would assume relates to Big Pharma development of “Blockbuster” drugs - they are willing to spend big to earn big. Smaller companies are more likely to be targeting niche areas where (for example) smaller clinical studies may be acceptable. Oldolds’ figure of 13 cents a vial for manufacture of a lyophilised product is impressively low - I can only assume this relates to huge batches of a large volume product (tho a huge batch for lyophilisation still ain’t that big); conversely I’ve worked with small volume, small batch size sterile products where the cost per vial was several hundred dollars. Take away message - you can’t assume that all drugs cost the same, either to manufacture or develop.

The price of any given product should not and in most cases is not a factor of its cost.

The price of a product should be based upon the value that the customer derives from the product and the customer’s alternatives to purchasing that product.