What countries, other than Brazil, have done a worse job with Covid-19?

Use whatever definition you feel is appropriate. Rate of infections, mortality, economic damage, whatever. I get the impression that the US has done a particularly poor job dealing with Covid-19. Not just compared to other economically developed countries, but compared to the world as a whole. I just read an article that Vietnam, for example, had gone over 100 days without a single case in the whole nation until a recent outbreak, suspected to be imported by a Chinese immigrant.

New Zealand, as noted in the thread about spectator sports and Covid-19, has returned to normal for their sporting events. South Korea, Iceland, Germany, Australia, and Taiwan, for example, are all developed countries that have done well. For comparison, this past week has seen my hometown of Corpus Christi (population roughly 300K, averaging around 400 cases per day) almost beat the average cases per day than the all of these countries I’ve mentioned put together.

Even developing countries, however, are doing better than us. Yesterday Nigeria reported 647 cases. Venezuela had 525 cases. These numbers, from third world countries, again put entire nations at the same level as a single medium sized American city.

Am I missing other parts of the world where things are worse than the US? Let’s try to answer this question first, and if it becomes clear that the US is either at or very near to the bottom of Covid-19 response, then let’s get into why that is the case.

I posted this link in the breaking news thread. Turkmenistan is treating the outbreak… weirdly. But there are no negative (or reliable) numbers to back it up. 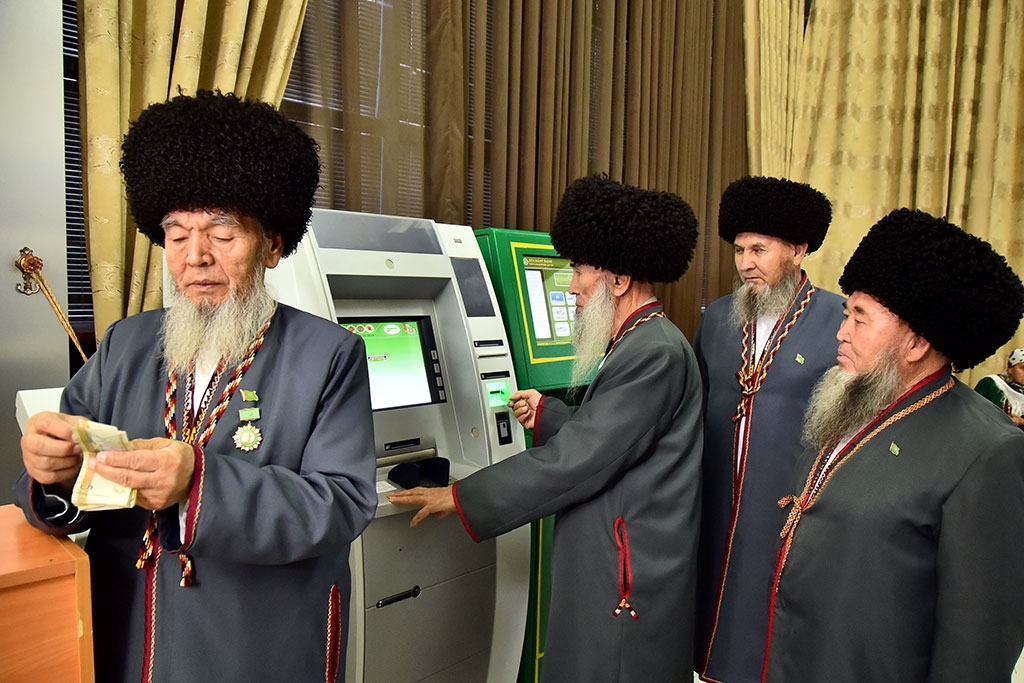 Turkmen wishing to quit jobs in hospitals face treason charges. Doctors and nurses must buy their own protective equipment. This and more in our weekly Turkmenistan briefing

Also I think the shit is starting to hit the fan in India unfortunately.

Even developing countries, however, are doing better than us. Yesterday Nigeria reported 647 cases. Venezuela had 525 cases. These numbers, from third world countries, again put entire nations at the same level as a single medium sized American city.

I’m not sure what to make of subSahara Africa. It’s been pointed out that COVID-19 is not the worst disease in that part of the world, so they may not take it as seriously as everywhere else. Except for South Africa, they don’t have the testing resources that other areas have. So my guess is that it’s spreading there, but the numbers reported are even less accurate than other countries.

I really can’t think of any nation other than Brazil and the US that have done a worse job. Those two nations really take the cake, both in raw totals and per-capita cases - and also their leader’s staggering refusal to address the problem.

I think it’s interesting to compare death rates/million using the data explorer over at Our World In Data:

A direct comparison between Europe and the US, normalized by first date with 0.1 deaths/million, shows a nearly identical curve—at first; but whereas death rates across Europe quickly declined and have (so far) remained low, the US starts heading into a massive increase around the 100 days mark. I haven’t seen that sort of progression in any other country, so far.

How do the curves of European countries that got hit hard, like Italy or France, or even Canada, compare with individual northeastern states that were far more aggressive in dealing with the pandemic than the rest of the country?

My little county of about 100,000 residents has zero COVID-19 related deaths (not including a couple of folks from NYC who were transferred to a local hospital), despite having a disproportionately large population of crunchy Boomers. Up until a few weeks ago, we were down to about two or three active cases countywide, period, until we got a tourism-induced mini-second wave. We’re now up to about 220 total cases, since the start of the pandemic. Despite the low numbers, most locals are taking social distancing and other preventative measures seriously.

Despite the low numbers, most locals are taking social distancing and other preventative measures seriously.

Which is why the numbers are so low.

Congrats on living somewhere where the population is sensible. I wish that were the case nationwide.

Honestly, I really only care about deaths per million. So…

France is close, and Brazil is doing slightly better… so far.

Keep in mind, these numbers could change.

Coronavirus deaths per million were highest in Belgium, topping a list of 186 countries worldwide.

If the OP was curious about deaths/million, they could have just looked at the same chart you just did. But not every country that did well made the same decisions. Not every country had similar options. So looking at straight fatalities does not tell you who did poorly/well with the cards they were dealt. For instance, Japan has low fatalities but the government basically did jackshit. We can only guess that the population’s fondness for masks helped or maybe some other random factor.

The OP said, in the very first sentence, that I could use any measure I feel appropriate. And that’s what I find appropriate. YMMV.

I know. I’m telling you that you’re wrong.

You’re entitled to your opinion.

Well, I am hereby rescinding your right to have an opinion. Sorry!

What did each of those countries DO (or not do), in your opinion, that yielded those results? The question isn’t about worse luck or worse circumstances but “worse job”?

Dude, he just said he doesn’t care about what anyone actually did.

I didn’t bring up luck or circumstances. I’m talking about results, and I only care about results. If a country could get away with doing “jack shit” with low deaths, as in RealityCheck71’s Japan example, then doing jack shit was an appropriate response and a “better job”, even if they didn’t take as stringent measures as a country that had more deaths.

At the end of the day, results matter, not how hard you work or how much resources were used to get there. To me.

(post withdrawn by author, will be automatically deleted in 24 hours unless flagged)

I didn’t bring up luck or circumstances. I’m talking about results, and I only care about results. If a country could get away with doing “jack shit” with low deaths, as in RealityCheck71’s Japan example, then doing jack shit was an appropriate response and a “better job”, even if they didn’t take as stringent measures as a country that had more deaths.

At the end of the day, results matter, not how hard you work or how much resources were used to get there. To me

There is also the question on where you draw the line between luck and working hard. Is it bad luck that about 40% of the US population listen to the mad ravings of Trump?* Was Japan lucky that they had a culture that encourages wearing masks, even before Covid-19? I brought up Vietnam because they aren’t exactly the wealthiest or most medically advanced country in the world, but they did a good job. Was that luck or hard work on their part?

Obviously, every country is going to have it’s different “luck” and “circumstances”. Being on a small island state where the government has a lot of power, like New Zealand, is certainly good luck. A country might have the power to crack down on it’s citizenry, but maybe not the political will to do it. Or maybe they can use an iron fist, like China. Is that a “good circumstance”?

If you’re referring to U.S. mask mandates, I’m pretty sure if that got taken to court it would not be constitutional. Plus, 40% of the country is way too high IMO. If you’re a Trump supporter in a stringent blue state, you’re not going to be spreading covid like one in a lax red state, period. The covid maps bear that out.

Is it “good luck” that democrats tend to splotch together geographically and repubicans don’t? Yeah I’d say so. It could be worse.