What did I see in the sky yesterday night at 00:15 local time?

I went out on our balcony shortly after midnight, 00:15 local time. I looked south, and that is what I saw: 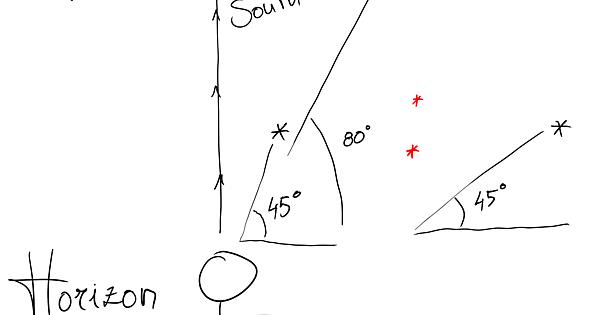 To explain this sketch, the black stars are the three brightest stars around that part of the sky at that time, I see them regularly at this time of year. Berlin has quite some light polution, so you do not see many more stars. But yesterday there were two other stars where they don’t belong, I have drawn them in red, though they actually were white, just like the others. They were as bright as the brightest of the other stars (the upper one) and they did not move. I know the ISS, for instance, that moves (and is even brighter). Those stood still. And after about 15 seconds, they started to fade, and one minute later they were gone.
Any idea what those were?
The angles indicated are approximate, pure estimations, the error may be +/- 10%. I have forgotten to indicate the lateral angles, I have just given the elevation. The lateral angles would be about 10°, 25° and 45°, with the same error rate.

I remember reading that there were going to be a high number of astronomical sighting events in the first couple weeks of August. Do any of these sound like what you may have seen?

Planets, asteroids, and meteors – oh my! August is one of the best night months of the year for astronomical events. This is primarily due to the Perseids, arguably the best meteor shower of the year. But the Perseids aren't the only thing worth...

No, sorry, that did not look like that. There were two bright stars where they did not belong, and after a minute they faded away. A minute after I noticed them - they may have been there longer. Both were the same brightness, separated by about two to three moon diameters (no moon to be seen, that is estimated).
As it was around midnight and south-ish they were probably not in orbit reflecting the sun. It looked unusual.

A great little web app that will give you your skyscape at any time. A lot will depend on where and when you were looking up.

Stellarium Web is a planetarium running in your web browser. It shows a realistic star map, just like what you see with the naked eye, binoculars or a telescope.

Very good: so the three stars I drew in black were Vega on top, Altair to the left and Rasalhage to the right. And were the two stars in red were, the web app shows nothing.

My first thought was an Iridium flare (a sudden bright light caused the sun hitting the panels of an Iridium satellite) but it looks like those don’t occur anymore.

Probably airplanes lining up for landing.

The lights did not seem to move and the airport is not there.

They move very slowly, if they are a long ways away.
I see lines of planes lined up, and they lights don’t seem to move. The planes are 10-15 miles away.

I live in A, the airport is in B, the flightpath of the planes (blue arrow, I fly often) is not visible from where I am, as the buildings in front are too high (not drawn in my sketch, about 30°: the moon was actually there yesterday, but not visible from my balcony. The planes fly even lower.) 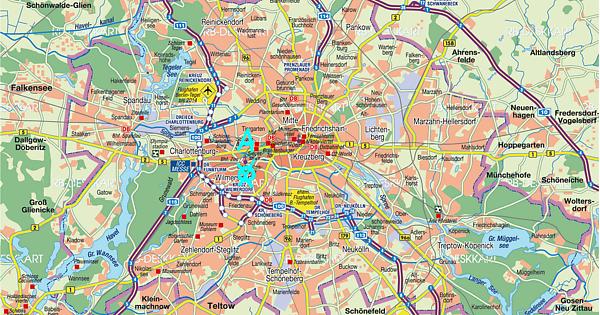 These lights were not LEO satellites, since they were not moving.

Sometimes geostationary satellites become visible when they catch the sunlight, but they are confined to the celestial equator. The equator actually passes about 9 degrees south of Altair, so perhaps these were satellites near GEO manoeuvring for some reason and catching the light.

Note that there is a bright meteor show every year at this time; the Perseids, which may also be visible over the next few nights (moon permitting).

But Perseid meteors can’t explain the stationary lights you describe.