What disorder causes people to get angry for unusual reasons?

Growing up, my mother would sometimes get angry for very strange reasons, such as if I chose a piece of red candy rather than blue candy, or if I slapped a mosquito and there was blood on my skin as a result.

It wasn’t enough to get to the point of being an actual illness, IMHO, nor is she autistic/Asperger’s or OCD, but still, her anger at the time made little sense or was triggered by things that you couldn’t fathom would make one mad. Any term for such behavior?

I don’t have it, bu I know after my stroke three years ago, I get angry quickly and have outbursts (no throwing anything or breaking anything though). It just seems the tiniest thing can set me off and I get to swearing and grumbling. My doc put me on meds for it. An area in my brain that controls anger was affected from the stroke.

Thanks, and I’m sorry to hear about your stroke, hope you are better now.

But - I think one key difference is that it’s not that my mother had a low threshold of temper as it is that her anger was triggered by unusual things. There were things that ought to make her furious that didn’t faze her at all, but then things (like the blue candy and red candy) that would make her oddly angry.

To use an analogy, it would be like as if John Doe wasn’t mad when a drunk driver rear-ended his car, but then lost his temper when he saw his daughter wearing a green T-shirt because he didn’t like green that day.

Unprovoked or unreasonable anger is a sign of Cluster B personality disorders but most closely identified with Borderline Personality Disorder.

You say that “It wasn’t enough to get to the point of being an actual illness,…” but if it was sufficient that it impacted your trust or relationship with her it is a pathology by definition. Certainly mercurial outbursts of anger over trivial issues undermines a sense of security or stability.

This was my experience with a former partner with Borderline Personality Disorder. Like “why in the hell did that happen???”

A 39 year old friend of mine has mesial temporal sclerosis, a brain problem that causes him to have seizures. They are petite mal seizures that cause him to “zone out” for a minute.

Medication has had zero positive effect, so he had brain surgery on his temporal lobe. No reduction in seizures, so they cut into his brain a second time to no avail.

Last week he walked outside. His wife heard yelling and ran out to see him beating a neighbor/friend over the head with a brick. The neighbor is in the hospital, he should make a full recovery. My friend is in jail, unable to afford bail.

It seems like IED was the cause of his sudden rage.

I assumed most mothers get angry at children for unusual reasons. My mother did so because she was mean spirited, she was always assuming the worst, and she was not quiet about it. I just figured other mothers might find life difficult for various reasons and be prone to such things.

Problems that can result in unusual fits of anger are ADHD and ADD. This article on anger Issues and ADHD discusses emotional dysregulation that results in outbursts.

But it does not surprise me to see a mother frustrated and irritable. Probably relative to the number and ages of the children she has and how many of them are boys.

such as if I chose a piece of red candy rather than blue candy, or if I slapped a mosquito and there was blood on my skin as a result.

Is it possible that she was really angry because it was 9:36 AM on Thursday? We think “Stimulus A caused the person to become angry,” but maybe the person became angry and had to claim a reason after the fact. Did it repeat? If you chose that red candy over the blue again, was she consistent?

I had a psych class once in which the prof was also practicing with clients. When asked which group was hardest to work with, he said borderlines. It sounded like a similar “Where the hell did THAT come from?” scenario.

There wasn’t any pattern that I could discern. With the mosquito incident, I think it may have been because blood on my skin was a “dirty” thing and I was supposed to slap the mosquito before it got to the point where slapping it would mean blood oozing out of the bug, but then again she was perfectly fine with my getting muddy/dirty playing outdoors as a kid, so that theory is a bit hard to reconcile.

One incident later stands out: a friend was at my house one day when I was 10 years old or so and I was disagreeing with him on how the word “bass” was pronounced (as in, the fish species,) when suddenly my mother got up abruptly from the table and went to a room. My sister and I were alarmed, thinking she was about to get an implement to spank me with. As it turned out, to my relief, she was only fetching a dictionary with which to clarify the pronunciation, but by that point my mother’s unpredictable temper had become such an ingrained thing in our minds that my sister and I’s first reaction to my mother’s getting up from the table was “She’s going to spank Velocity for disagreeing about how bass is pronounced.”

About the outbursts on any one particular discrete event or other, or ones that fit that bill or provoke strong memories, it seems to me to be nothing more than being a human, and whatever reasons are pretty straightforward, and certainly not pathological in any way.

If a sudden intense anger shows up often enough to think it’s a more than “she has a short temper,” mid-late Alzheimer’s and autism certainly sound correct.

NB I am no shrink of any sort or medical professional. But I am an old hand at psychiatric disorders as a patient.

Borderline personality disorder is along the “mood spectrum of disorders” which include depression, bipolar, etc. One salient symptom I think of as “engine idle at unhealthy high RPMs”; different people have their response overdrive tripped off responding to hiccups in different emotional scenarios we all deal with: one person must work on extra hard, as a specific thing to him/her, hiccups (however she may define them, and defining them is part of CBT therapy for this) in whatever: anger, or sexual things, guilt, or social incomprehension, to name a few (there aren’t all that many in the big picture).

Some people have it really bad – generally determined by how much her own life or that of others is incapacitated – for example, at it’s worst: it’s well portrayed in fictional characters–hollywood can’t get enough of people with this disorder–Travis Bickle from Taxi Driver or that stalker rejected lover rabbit-boiler murderer Glenn Close in that movie whose title I forget.

There’s a good thread from a while back on borderline personality disorder in FQ.

PS: for some reason still under debate, the disorder is far more prevalent in women than men.

Do you know if your mother ever used birth control pills, or another hormonal contraceptive? To this day, some women can’t take them, or take certain ones, because they cause terrible mood swings.

Yaz and its derivatives seem to be the very worst of the modern Pills for this, and Nuvaring, which is a silicone ring placed in the vagina for 3 weeks out of the month, has had a lot of women report issues. Or the people around them did first, because with these meds, the women themselves often seem to be oblivious to their mood swings, and when they’re on the verge of losing a job or marriage, that’s when things get real to them.

I don’t think she was ever on birth control. She did have some uterine disorders that eventually required a hysterectomy, though, maybe that had some hormonal or psychological effect.

Were there cats in the household or feral cats pooping in the yard? 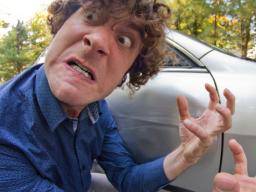 People with 'rage' disorder twice as likely to have toxoplasmosis

People with intermittent explosive disorder are more than twice as likely to have toxoplasmosis, an infection passed on through cat feces, undercooked meat or contaminated water.

if I chose a piece of red candy rather than blue candy, or if I slapped a mosquito and there was blood on my skin as a result.

Hmm, both of these involve the colour red. Can you think of other examples like that?

I can’t remember the specifics, but ISTR you posting a number of ‘curious’ or ‘troubling’ personality issues in your mother – some of which may have manifested in just the last few years.

I’m probably not going to be particularly helpful here, but … for the wise Dopers who do know a thing or two about this sort of thing n… and IIRC … maybe there’s something connecting the old stuff with the more recent stuff.

Meaning: it may be worth listing a few of the things from the last couple of years that you thought were odd, difficult, or different in her. Maybe the older stuff and the newer stuff are connected and it all collectively rings a particular bell for somebody.

I don’t know. “Having kids” maybe?

Personally, I found that kids are inherently annoying AF. And they have introduced a dynamic into my relationship with my wife where she is constantly stressed out all the time trying to meet what she believes is the demands of kids, career, dealing with her family and so on. So it would not surprise me that someone might keep it together through various levels of stressors until there is that final (seemingly inconsequential) stray that breaks the camels back and Mom blows up at you because you picked the green T-shirt.

FWIW, my mom was prone to bazaar fits of anger over seemingly random things. Really that whole side of the family is pretty weird. I have two uncles and an aunt on my moms side. They all seemed like they were still resentful from some long-ago committed offense that no one could quite remember what it actually was. Other than my mom, none of them had kids, thankfully.

There was definitely a history of some kind of shit in that part of the family - bipolar, depression, narcissism, take your pick.

Sudden rages can also occur with PTSD, both acute and chronic versions. Sometimes symptoms can emerge after decades. Two authors to consult are Peter Levine and Bessel van der Kolk. Of course it could also be multiple factors including the others suggested by other commenters above.

What I mean by “chronic” is that PTSD isn’t always about about one single incident. If a person grew up in a household where they were verbally abused and rejected as a person over a period of many years, it can lead to the same kind of internal damage as a roadside bomb in Iraq.

Also, PTSD isn’t tied to “how bad” the incident was. If a person was frightened and didn’t get a chance to de-compress in a natural way, they can end up with a stuckness that manifests unpredictably later on.