What do anti-Covid-protocol people think the "true" motive of maskers, vaxxers, distancers is?

I would not be surprised if hyperbolic stuff like this is part of the problem; if you’re vaccinated, the risk of death is effectively zero. The concern is really about either the unvaccinatable, or the still vulnerable due to immunocompromise or other issues. And that should be made clear- this isn’t about the vaccinated- it’s about others at this point.

Hearing vaccinated people go on about worrying about personal death is probably something that produces a lot of skepticism in the anti-COVID crowd- sort of a “If your vaccine is so great, why are you still worried?” thinking, and they’re the sorts who would attribute that to some sort of ulterior motive for the vaccine, if its recipients are still worried about dying.

And that should be made clear- this isn’t about the vaccinated- it’s about others at this point.

And that sums up the anti-vaccine folks. For them, it’s all about ME ME ME ME.

They are like children who refuse to eat their vegetables.

So are you saying there is a new law, in addition to C-16? Because C-16 itself is not about mandating pronoun use, It’s about hate crimes, and doesn’t mention pronouns at all.

If someone refused to use a preferred pronoun — and it was determined to constitute discrimination or harassment — could that potentially result in jail time?

It is possible, Brown says, through a process that would start with a complaint and progress to a proceeding before a human rights tribunal. If the tribunal rules that harassment or discrimination took place, there would typically be an order for monetary and non-monetary remedies. A non-monetary remedy may include sensitivity training, issuing an apology, or even a publication ban, he says.

If the person refused to comply with the tribunal’s order, this would result in a contempt proceeding being sent to the Divisional or Federal Court, Brown says. The court could then potentially send a person to jail “until they purge the contempt,” he says.

“It could happen,” Brown says. “Is it likely to happen? I don’t think so. But, my opinion on whether or not that’s likely has a lot to do with the particular case that you’re looking at.”

“The path to prison is not straightforward. It’s not easy. But, it’s there. It’s been used before in breach of tribunal orders.”

I knew someone would quote that line, ignoring both the preceding lines indicating that just trivially getting the pronoun wrong is almost certainly not included but also ignore the clause if harassment or discrimination took place.

I knew someone would quote that line, ignoring both the preceding lines indicating that just trivially getting the pronoun wrong is almost certainly not included

This is the preceding line:

“Would it cover the accidental misuse of a pronoun? I would say it’s very unlikely,” Cossman says. “Would it cover a situation where an individual repeatedly, consistently refuses to use a person’s chosen pronoun? It might.”

So yeah, they are saying you could possibly go to jail in Canada for refusing to use someone’s preferred pronouns.

Right… and what I’m saying is that if someone seems overly concerned about personal death when they’re vaccinated, those people are going to assume that translates into some sort of ulterior motive, as death is not really a serious risk if you’re vaccinated, and if you’re saying that, they think you MUST have another angle working.

Yes, it might, if it was part of harassment and / or discrimination, not in and of itself. That’s made very clear in the text.

Once again: the law never mentions gender pronouns at all; it’s just prohibiting harassment and discrimination.

Or put it this way: forget about this law. Let’s talk about the status quo.
If I accidentally refer to a cis-male as “she” or “miss” once will I go to jail? No, there is no law against that, and everyone makes such mistakes. If I’m in a work environment and I am repeatedly trying to emasculate a subordinate by calling him such names will I go to jail? Well, probably still no, but you might be prosecuted for harassment.
Well, it’s the same now for trans.

Although rare, there are still breakthrough deaths for vaccinated people. 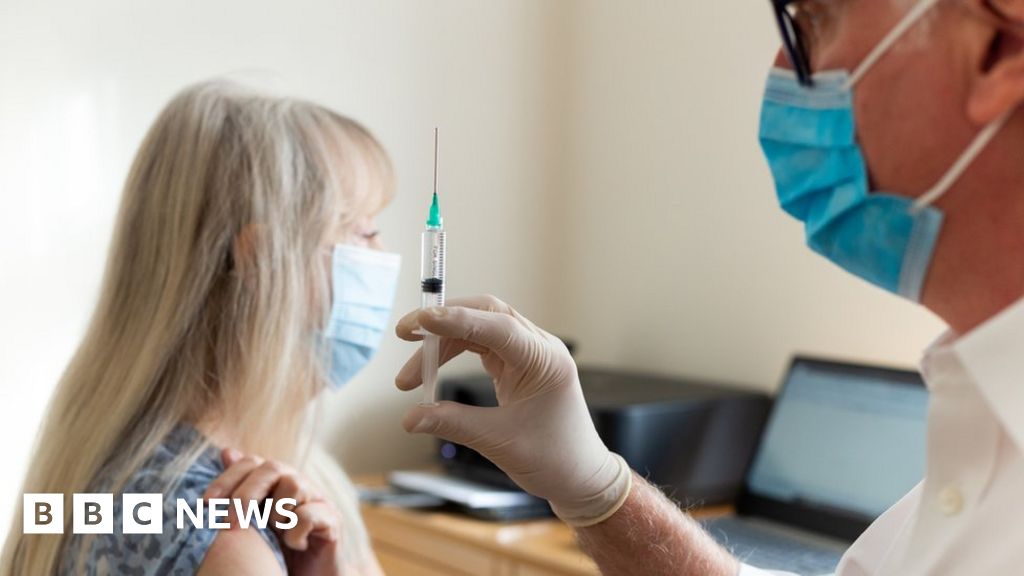 Out of 51,000 Covid deaths in England between January and July, only 256 occurred after two doses.

Also the more unvaccinated people they are out there, the more chances the virus has to mutate into a variant that is resistant to the vaccine. So I still have some personal stake in everyone else getting vaccinated.

Oh dear. Yesterday, over here in Australia, one of our State Chief Medical Officers was doing the standard press briefing - ‘Case numbers, Hospital levels, please get vaccinated etc’ - and was also talking about the vaccine passport and tracking apps that may be required in the future and she unfortunately used the phrase ‘this may be the new world order’.

Well!! Didn’t that get the conspiracy nuts off and running! Woo Hoo! 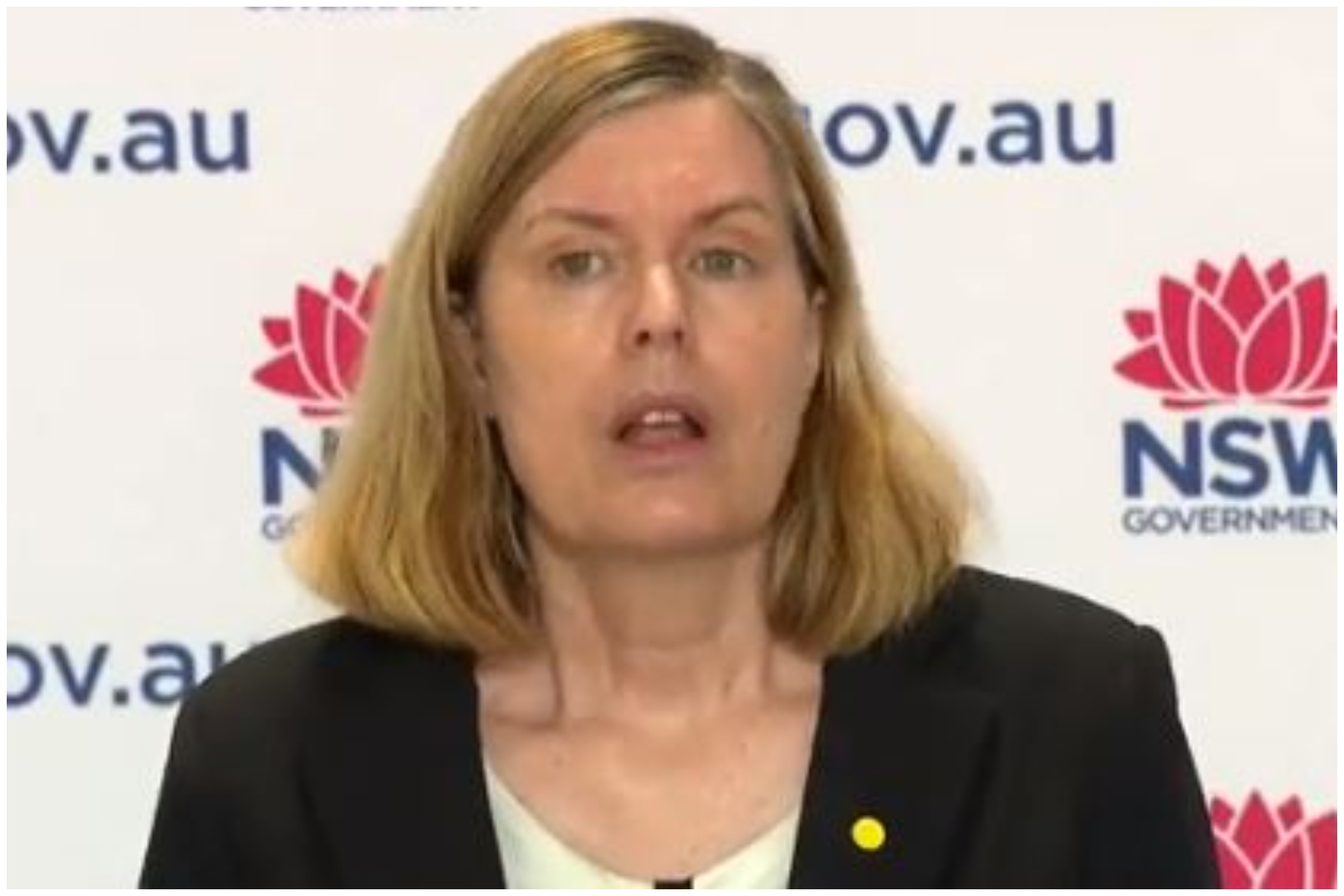 The New World Order is a debunked conspiracy theory that claims a secretive cabal is working to push agendas that will destroy individual freedoms.

Or put it this way: if I accidentally refer to a cis-male as “she” or “miss” once will I go to jail? No, there is no law against that, and everyone makes such mistakes. If I’m actually trying to emasculate a subordinate by repeatedly calling him such names will I go to jail? Well, probably still no, but you might be prosecuted for harassment.

If you refuse to use someone’s chosen pronouns, if may constitute harassment and you could possibly end up going to jail. That’s what it says.

Sorry…an opinion piece by Jordan Peterson doesn’t equate to “a big deal on the internet” to me. I don’t know where you live or in what circles you run, but the C-16 “controversy” is not the big deal you seem to think it is…

If you refuse to use someone’s chosen pronouns, if may constitute harassment and you could possibly end up going to jail. That’s what it says.

I think you are misreading. A legal expert gave his opinion that using the wrong pronouns knowingly and repeatedly could be considered harassment, and make you fall foul of the law.

This is a long way from “use the wrong pronoun, go to jail”…

Which isn’t what I said anyway.

Jordan Peterson made a whole career on the back of the claim that he was being threatened with prison for not agreeing to use 36 gender pronouns (something like that; I don’t remember the exact number). AIUI, this was, and continues to be, bullshit.

Jordan Peterson…
was, and continues to be, bullshit.


Or to paraphrase Mitch Hedberg, RIP:

Jordan Peterson used to be full of shit.
He still is, but he used to be, too.

I’m bemused by people using Jordan Paterson, a psychologist and YouTube personality, as a credible critic of Canadian law. Here is a source of comments by an actual authority on Canadian law:

"Cossman says it seems Peterson is trying to argue that the misuse of pronouns could constitute hate speech.

“I don’t think there’s any legal expert that would say that [this] would meet the threshold for hate speech in Canada,” she says.

Our courts have a very high threshold for what kind of comments actually constitutes hate speech, and the nature of speech would have to be much more extreme than simply pronoun misuse, according to Cossman.

“The misuse of pronouns is not equivalent to advocating genocide in any conceivable manner,” she continues. “If he advocated genocide against trans people, he would be in violation, but misusing pronouns is not what that provision of the code is about.”

I think you are misreading. A legal expert gave his opinion that using the wrong pronouns knowingly and repeatedly could be considered harassment, and make you fall foul of the law.

Have you actually read the article? The legal expert (Brenda Cossman) repeatedly says that using the wrong pronoun would not constitute a breach of the law, until the question becomes narrowly enough phrased that it is talking about harassment, and her response, is that “If the tribunal rules that harassment or discrimination took place…”
I’m astonished that someone could read this, and take the message that using the wrong pronouns alone would constitute a crime.

Which isn’t what I said anyway.

What you said was “If you refuse to use someone’s chosen pronouns, if may constitute harassment and you could possibly end up going to jail.”

This is extremely misleading, because the legal expert was saying that if a person is harassing someone in the view of a tribunal, then that would be in breach of this law (the same as harassing a cis male or any other member of the population was already a crime). A custodial sentence is extremely unlikely for mere harassment though, and would usually be reserved for physical / sexual abuse.

Your excellent post ties into something I’ve been trying to articulate for a while: A lot of accusations made in politics these days just don’t make sense.

That’s because Conspiracy Theory Thinking has taken root in at least one of the mainstream US parties. So far, all the discussions I’ve read above are pretty much straight out of the standard Conspiracy Theorist playbook that I’ve seen over and over in the last 20 years or so I’ve spent pushing back against CTs.

They never actually articulate how “Step 2” is supposed to work, and it really doesn’t matter what Step 1 is. Today it’s masks, but really, it’s been many different things over the years. Letting in immigrants, creating the TSA, building FEMA shelters after a hurricane, voting for AOC or Bernie Sanders, signing a trade deal with China, signing a trade deal with Canada, buying a cell phone, whatever. They’re all just the first step in a plan to enslave us all, and it doesn’t matter how often their predictions fail to come true. The next time someone suggests anything they don’t like, that will be the new Step 1 in the plan for the NWO.

Jordan Peterson used to be full of shit.
He still is, but he used to be, too.

haha, totally going to use this

Would you like to take this statement back? It’s hard to embrace something you don’t have and have been begging for.

I was actually trying to avoid chiefly characterizing these countries as poor, technologically backwards or otherwise incapable. I don’t at all blame the majority of their governments though exceptions exist, like Brazil’s Bolsanaro being a notable example. For at least some time there was an argument that the Delta variant may have originated or made it’s way to the US through Brazil. IIRC, that was later amended to India, with Brazil being the home of it’s own variant, Gamma.

You could make a case that, morally, the worst country in the world for Covid right now is the USA. We’re the only one with such an abundance (Moderna, Pfizer, J&J) of quality vaccines and such an abundance of literate fools who think Covid was a plot against Trump and other sundry utterly outlandish conspiracy theories.

Anyways, all you have to do is replace “embraced the vaccine” with “don’t have access to the vaccine” and your post will be fixed. The example you gave, Brazil, overtook the US in first doses 2 weeks ago.