What gives you hope these days?

In these increasingly scary times of looming climate catastrophe, unprecedented assaults on democracy, etc., are your* sources of hope?

*Especially those of ya’ll who would not describe yourselves as optimists (I watched a funny and compelling Ted talk about optimistic bias.)

The cold embrace of death.

It’s the only thing I can count on these days. Kinda refreshing in its own way.

Also, the recent discovery of a hitherto-unknown French dinosaur movie from 1993 of seemingly insurmountable awfulness. This gives me hope that there are other movies out there I’ve never heard of - let alone seen - that will allow me to more-or-less pleasantly distract myself as this shithole world goes down owing to ignorance and short-term thinking. 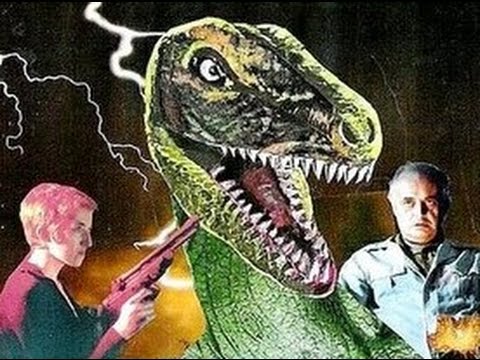 The fact that I’m old, and soon it won’t matter.

My unyielding belief that there is no afterlife, the knowledge that everyone rich or poor, evil or good, religious or nonreligious, white or black, douchey or non-douchey, will share the same cold perpetual nothingness that awaits me after death.

Scotch whisky will await you after death? Cool!

I am also in the glad I’ll be dead soon camp.

Poor OP. Probably not what they were hoping for (heh).

ETA: As a purely academic exercise, I wonder if the “sweet embrace of death” response could be considered threadshitting in some sense. I mean, it’s obvious the OP would like reasons to go on, whatever they are, and it seems it’d be a lot better and more direct to even just say, “there is no reason to hope for the future except for the sweet etc etc” than this cutesy indirect thing. I’m probably not expressing myself well (I certainly don’t mean to insult anyone who HAS given the answer so far) and/or overthinking this, but just something that came to mind due to my smart remark that made me wonder.

I have hope.
Against better judgement, but still.
I know, I know perky happiness in the face of the coming crap is ill-conceived and exasperating.
Peeps hate me for it.
But I wuv them😍anyway.

The cold embrace of death.

I like to dream big. I find peace and contentment in the cold embrace of the death of the multi-universe. Timeline of the far future

Pages for logged out editors learn more While the future cannot be predicted with certainty, present understanding in various scientific fields allows for the prediction of some far-future events, if only in the broadest outline. These fields include astrophysics, which studies how planets and stars form, interact, and die; particle physics, which has revealed how matter behaves at the smallest scales; evolutionary biology, which studies how life evolves over time; plate tectonics, ...

Though I do have a bit of melancholy in my heart for those poor bastards comin around in the next universe.

Just to briefly interrupt the misery party, honestly, a thing that gives me hope is the realisation that very small, simple things can bring great joy - so there is reasonable hope of joy still to come.

It’s a cliché for older people (I’m just north of 50) to look at the teens and twentysomethings with a mixture of bafflement and derision. We don’t understand, so we judge. And we forget ourselves at the same age. The result is, we think the world is going to hell.

I disagree. I look at the upcoming generations and I see people who are smarter, more energetic, and more engaged than my own generation was, way back when. I honestly believe that things will begin to improve when the current over-swollen cohort of boomers finally fades and today’s kids get their hands on the wheel.

That’s gonna take a little while, though, and it’ll be a super sucky ride until then. But still.

In these increasingly scary times of looming climate catastrophe, unprecedented assaults on democracy, etc., are your* sources of hope?

For me, it’s young people. I think there are two quality generations entering the pipeline.

I have hope that the Supreme Court will decide issues that come before them in the way that I, uh, hope; and that, in turn, assorted problems will then get, y’know, solved.

The fact that we didn’t have kids, so when I’m dead, it’s absolutely not my problem anymore. I feel bad for friends with kids who are starting to realize how hard their lives are going to be.

We got Trump out of office. It took some doing and there’s grumbling etc. but the man is gone. The system worked, ultimately. Lots of other things failed along the way of course, but he isn’t dictator for life. The system had enough checks and balances and enough decent people who put country above party.

I don’t know if the younger folks will do a better job running the country but it’s their turn. That means they spend their energy while the old coots can retire and relax.

My first answer falls into the “dead soon” category, but what really gives me hope is pretending that things will get better.

That’s it. Just pretending, against all probability and evidence, that things will get better. Better living through self-delusion.

The current SC doesn’t fill me with much hope at all.