What is a good thrift store to donate used items to

I know Goodwill is the most popular, but I’ve heard stories of them exploiting their disabled workers. And they’ve jacked their prices up which kind of sucks for all the people who shop there for items.

Is Salvation army better? Is there a national brand worth donating to that actually keeps their prices reasonable and uses the money to actually help people, or should I just find some mom and pop store and donate stuff there? I’m curious if anyone else has had concerns about which thrift store or charity to donate items to.

I would look for shops that support (or are directly run by) local hospice programs.

I know where I am, the local domestic violence group has a program to give to so that victims and their families can get things for their new start.

What I have heard about Goodwill is that the upper management is very well paid.

I would look for a local volunteer organization.

I read someplace that upper management at the Salvation Army does not get paid outrageous amounts (Googling, something like $125,000) but they’re a religious group and have (or had) an unenlightened attitude towards LGBT people. So I prefer the secular Goodwill Industries.

As a former development manager at our local Goodwill organization, the rumors of a) handicapped employees being exploited and b)execs being overpaid are false.

Handicapped employees are paid fractionally for the work they do. Which is certainly how their families prefer it, since paying them a full wage would send them over the Medicaid threshold and bankrupt them. If someone with severe cerebral palsy can assemble one widget every 2 hours when a regular worker assembles 100 an hour, the handicapped worker isn’t there to be a vital cog in the production of widgets. They’re there because it gives them a meaningful sense of purpose. Goodwill can certainly afford to pay them minimum wage. But when they do, they lose access to a lot of federal programs that makes the program possible in the first place. You donating a closet full of clothes doesn’t quite bridge that gap. Goodwill also hires a lot of other handicapped people to work in the thrift stores, and are paying them full wages.

As for the executives, it depends on which rumor you’ve read. There was one going around in around 2010 that listed some CEO making millions. No one’s ever heard of that person - the meme was false. As for our local Goodwill, the CEO likely makes $200k. He heads one of the largest employers in the state, an organization that provides services for tens of thousands of people, and is constantly innovating the services they provide. It isn’t a job for someone who would settle for making $60k.

We have a local charity that has a thrift store. Proceeds pay for their food pantry as well as their ability to help single Moms with child care.

Check around your locality and you may find similar organizations.

The annual rummage sale at my church is just winding down. As always, we sold a lot of stuff, which both helps the local community, and provides funds for our outreach programs… but we also have a lot of stuff left over. My mom (who runs the church sale) has called all of the local thrift stores, looking for any that would send over a truck and a crew to haul away the remnants of our sale. The only one willing to do so is Volunteers of America. 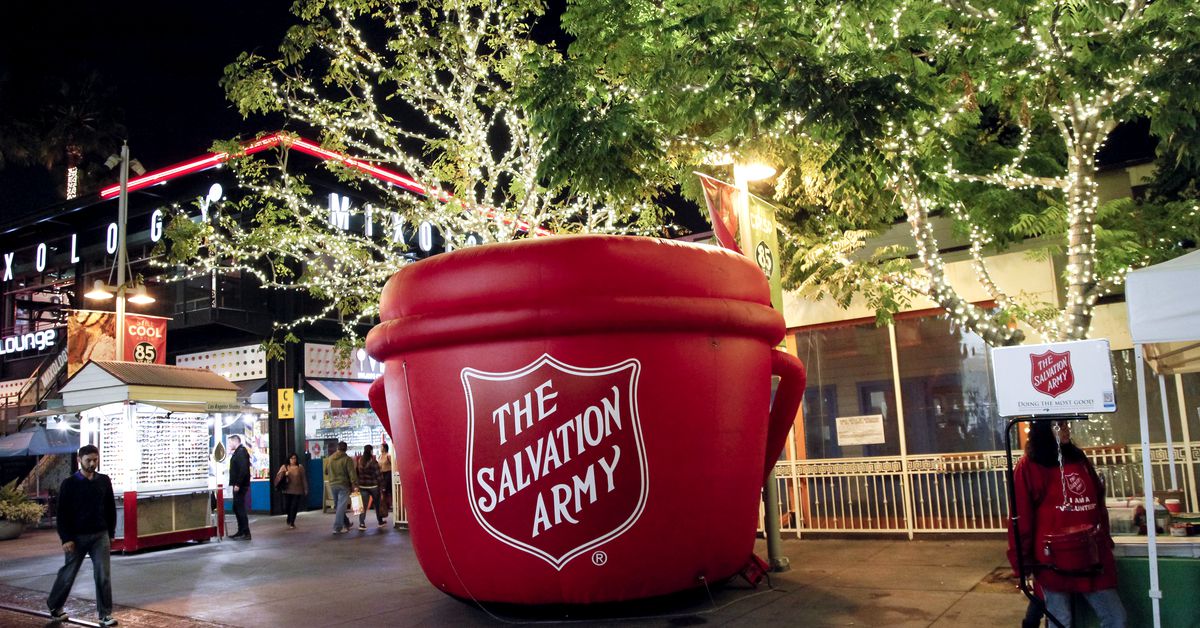 The backlash against the Salvation Army, explained

The organization does a lot to help underserved people, including members of the LGBTQ community. Still, it has a long history of alleged discrimination.

Nope, not supporting them.

There are 2 local thrift stores in my county and both support charities to assist those with mental disabilities. That’s where I donate and where I shop. There’s also a Habitat for Humanity thrift store in the county. Goodwill and Salvation Army are more than 20 miles away, so not convenient. Nevertheless, I prefer to support the two local shops.

I shop at, and donate to, the CHKD Thrift Stores. That’s Children’s Hospital of the King’s Daughters, here in Virginia.

We donate lots of furniture, slightly used tools, and household goods to ReStore, the donation and thrift shop arm of Habitat for Humanity. They take just about anything that isn’t clothing or bedding, unlike Goodwill.

The DAV, Disabled American Veterans, has thrift stores in some places.

And my Gay buddy got some good job training from them.

When they provide shelter for a trans person, I’ll believe them

That’s true and I’m glad for your buddy. Others haven’t and I won’t suggest donating to them while there are still documented problems of this sort.

They have always done so. Yes, back a few years ago, they made them go into the refuge of the sex listed on their ID, not their stated preferences. Thye have changed this.

I think it was Goodwill, I took a truckload of stuff, and they wanted to pick and choose what they would take. Nope. Take it all or it goes somewhere else.

A local place was glad for all of it.

Savers is good also, but I don’t think that is anything local, but you know what? This is stuff that would otherwise go in the trash, so I’ve learned to just let it slide.