What is scheduled furthest in the future?

This is a somewhat ill-defined question, but… what human event (ie, not a solar eclipse) has been scheduled furthest in the future? Are there any specific events (including date and time and place) planned into the 2030’s? Are there hotels or convention centers that can be booked decades in advance? Is anything like the handover of Hong Kong to China, or the canal to Panama, upcoming?

(Things like US presidential elections which take place on a predetermined date into perpetuity don’t count, but something like the national party conventions which require a location and precise date would count.)

Clear up afterwards when N. Korea realizes that more attention should have been paid to previous post.
P

The time pyramid in the Bavarian town of Wemding has to be up there. Scheduled for completion in 3183.

The B-52 Stratofortress is the primary U.S. long-range strategic bomber. It was conceived in the late 1940’s, the first examples were built in the 1950’s, and all of the current fleet was built by the early 1960’s. It has a current scheduled retirement date of 2044 when the planes themselves will be over 80 years old and the design over 90.

I just like that fact so it popped into my head when I read the question. There may be newer military technology that has a scheduled retirement date much later than that. 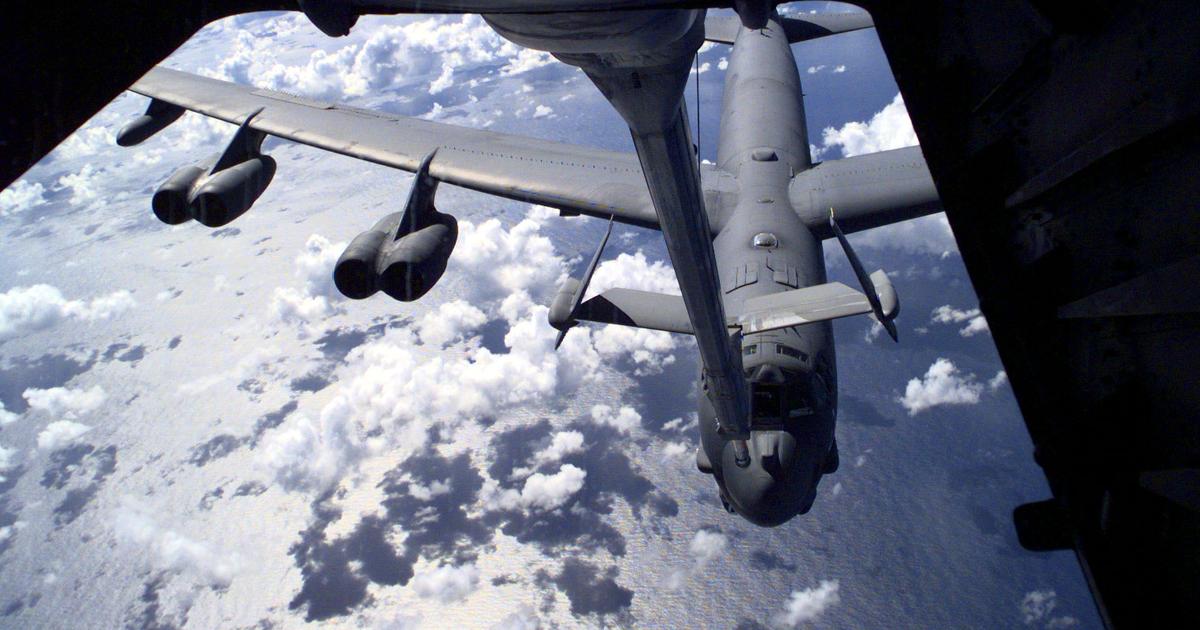 Upgrades to extend B-52 Bomber's lifespan until 2044

Mention the "B-52" to most people and they'll think of either an '80s pop group, a bad hair style, or an ancient bomber that's a relic of the Cold War. The name conjures up a vintage warplane featured in grainy footage from the Cuban Missile Crisis...

I was going to suggest As Slow As Possible.
“The current organ performance of the piece at St. Burchardi church in Halberstadt, Germany, began in 2001 and is scheduled to have a duration of 639 years, ending in 2640.”

But the time pyramid has that beat by over 500 years.

Interesting that both projects are in Germany. Not the area I would have predicted for the most stable political environment.

I’d guess something on NASA’s schedule. There could be exploratory goals (for currently operating craft) many decades out.

That gave me the idea to look up Time Capsules. Wikipedia says:

the KEO satellite, will be launched in 2014, carrying individual messages from Earth’s inhabitants addressed to earthlings around the year 52,000, when it is due to return to Earth.

That would seem to meet the OP’s criteria, even though it is a two-step process and the first step hasn’t happened yet.

Then there is the Clock of the Long Now,
http://en.wikipedia.org/wiki/Clock_of_the_Long_Now
several versions of which exist, but the full-sized one hasn’t been built yet.

Nuclear waste handling, if not the power plants themselves. One of the interesting topics that supposedly came up during the design of the Yucca Mountain storage facility was how to design interpretive signage that would last the lifetime of the waste – some 10,000 years or more, when no current language or symbolism might still survive.

I was going to suggest As Slow As Possible.
“The current organ performance of the piece at St. Burchardi church in Halberstadt, Germany, began in 2001 and is scheduled to have a duration of 639 years, ending in 2640.”

But the time pyramid has that beat by over 500 years.

Interesting that both projects are in Germany. Not the area I would have predicted for the most stable political environment.

I wasn’t surprised to see that this is a John Cage composition.

Sorry, I can’t top anything here, other than the Sun possibly swallowing the Earth a few billion years from now.

You can keep typing later and later years into Wikipedia and see what events are planned. I suspect that’s such an easy thing for people to enter, you won’t easily find an end. Kinda begs the question – what does “planned” mean. The multiple life sentences given normal mortal criminals aren’t really planned for release centires or millennia from now.

Shit. His lawyer bills are going to completely destroy him when he gets out especially if they are billing him based on compound interest.

So, he’ll be home for Christmas, then?

The time pyramid in the Bavarian town of Wemding has to be up there. Scheduled for completion in 3183.

I hadn’t heard of this. The third block (of 120) was just installed a few weeks ago. Looks like the first two had already been defaced before that.

I have a thousand year lease on my garage (actually 983 years now).

I have a thousand year lease on my garage (actually 983 years now).

So how does that work? Do you pass it down to your descendants? I can see it now…

Centuries after that, the site of the garage is occupied by a nomad camp. A trader from the coast finds them and succeeds in selling beach wood for animal skins. The trading becomes regular, and a village grows up on the spot. The lease payments continue.

Then an outbreak of neo-malaria sweeps in from the swamps, and everyone flees. The village is abandoned. The lease payments continue.

950 years from now, a researcher in the Sizzles Family Archives finds record of the site. After dots are connected and people realize what the ancient payments mean, the family–by now prosperous rulers of a small kingdom in the Middlelands–mounts an expedition to find the lost garage site. The expedition is unsuccessful, but the lease payments continue.

A second expedition establishes that the garage site is now occupied by a river that had changed course. There is no trace of the nomad camp or village, though older ruins of the ancient city lie nearby. The lease payments continue.

One day in the Year of the Scalded Cat (2992 AD), an archivist realizes that the end of the payments approaches. A celebration is planned. At last the Sizzles Family would be released from its thousand-year bondage! The last payment is arranged to take place on a raft in the river above the garage site. A representative of the Family would hand over the last cheque to a representative of the lease-holder.

On the date, after a grueling week-long journey by caravan from settled parts, everyone gathers at the site. The raft is made ready and launched. Spectators watch from the shore as guards fend off water-monsters. The cheque is handed over amid the flash and bang of fireworks.

The lease payments have ended.

1000 years (or more commonly, for some odd reason, 999 years) is a pretty common period for leaseholds on properties. It simply means that when you sell up, you’re not actually selling the title to the land, but the lease on it. And as the lease has hundreds of years left, it’s effectively as good as freehold for most purposes.