What might be the best example of Jesus Christ’s carpentry?

My understanding is that either Jesus, possibly Joseph instead, studied carpentry at some point. A useful skill, but less impressive than oratory and salvation. One presumes He was a good carpenter, even though I am unaware of extant examples of His work. “Of course my deck lasted millennia. It was built by a real craftsman…”

What was the most advanced thing He was likely to build? What is known or proposed about this stage of His career?

I remember seeing a documentary about archaeologists attempts to reconstruct what Christ might have been able to build.

An example from fiction, but relevant to the topic.

In the short novel Dinner with a Perfect Stranger by David Gregory, a man accepts a dinner invitation from a man purporting to be Jesus Christ. He thinks it’s from a couple of co-workers playing a trick on him, or a particularly weird and pushy church outreach movement, but it is his favorite restaurant, so despite his wife reading him the riot act over the phone, he decides to at least go to the restaurant to see what’s going on.

When he gets there, it’s not his co-workers, or a guy in a robe; it’s a man he’s never met before, in a business suit, who introduces himself as Jesus, from Nazareth. Of course, the protagonist, Nick, doesn’t believe him, so they go through a getting-to-know-you phase of the conversation.

“Tell me about Joseph and Mary.”
[…]
He continued. “Joseph was a good father. He had to work a lot, but it wasn’t like today. His shop next to the house had an unhurried pace. Joseph only sped up when he heard me coming. He always tried to finish a project before I could get my hands on it. I didn’t realize at the time how many of his pieces I used to mess up. He’d be making a table or something, and I’d want to help. Needless to say, at eight I wasn’t exactly a master carpenter. He’d go back and redo some from scratch that I had ‘helped’ on. Other pieces he’d go ahead and use. Some of the neighbors kindly accepted items that had my unique imprint.”

So, at least in this particular book, Jesus, as a child, anyway, wasn’t that good a carpenter. Personally, I like the idea that he wasn’t good at everything.

John Finnemore brought us a very rich, very jerkish customer not happy with anything. Until he’s shown a chair made by Jesus… that swivels. 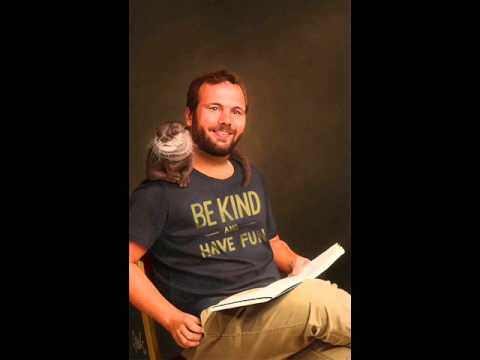 I remember seeing a documentary about archaeologists attempts to reconstruct what Christ might have been able to build. 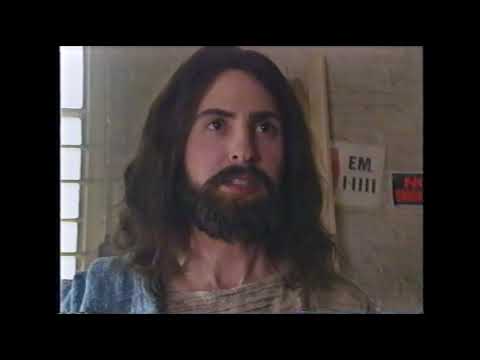 This might be of interest. (Scroll down near the bottom for the carpentry section.) Workers and Trades in Jesus’ Time - Community in Mission

Farmers – Early each morning (except the Sabbath) farmers walked to reach their vineyards, wheat and barley fields, and olive groves. They might work as many as twelve acres. Unfortunately, it was not uncommon for these parcels of land to be in...

I’d imagine his dovetail joints must be divine.

It’s a little known fact that the Himalayas are wood framed, with a faux rock exterior.

Who could have done that? Yep, you guessed it.

A winch for raising the dead.

His work was not always the best, but he could repair things very quickly.

My understanding is that Jesus (or at least Joseph) was a “tekton,” pronounced “tech-tone” (sorry, don’t know how to do Greek characters here), which could be a carpenter, but really meant more like “craftsman,” one who makes things.

That they were carpenters is more tradition than known fact.

But I’m going back to high school Greek and high school religion classes here, so I’m not exactly an authoritative voice on the subject.

My understanding is that Jesus (or at least Joseph) was a “tekton,” pronounced “tech-tone” (sorry, don’t know how to do Greek characters here), which could be a carpenter, but really meant more like “craftsman,” one who makes things.

I’ve heard the same thing in a documentary some time ago. It speculated about Joseph and Jesus probably having worked a lot at construction sites in Caesera, which was the boom town in the vicinity of Nazareth at that time.

ETA: so maybe, parts of the ancient ruins and buildings of Caesera that still stand have stones or bricks that were laid by Jesus.

Or perhaps someone invented the whole carpenter/craftsman thing to make Jesus sound more industrious. If I was able to change water into wine and produce loaves of bread and fishes I wouldn’t spend a lot of my time learning a craft. Perhaps, his stepfather Joseph, was the carpenter of the family. He would have had to earn a living and not Jesus.

It’s strange that we have images of Jesus as a baby, and as an adult, but not as a child or teenager. I guess because there are no stories about him when he was 14 so no need to paint pictures of him.

Would Joseph be training Jesus to be a carpenter at all? After all, angels came down more than once to declare that his stepson was an actual Child Of God, so I don’t think it out of the question that Jesus spent his time studying and contemplating religious matters, and that his parents would fully support this path.

I don’t want to be disrespectful, but he did promise to build a church on Peter.

There is a Biblical account of Jesus at age 12: Finding in the Temple

The Finding in the Temple, also called Christ among the Doctors or the Disputation (the usual names in art), was an episode in the early life of Jesus depicted in chapter 2 of the Gospel of Luke. It is the only event of the later childhood of Jesus mentioned in a gospel. The episode is described in Luke 2:41–52. Jesus at the age of twelve accompanies Mary and Joseph, and a large group of their relatives and friends to Jerusalem on pilgrimage, "according to the custom" – that is, Passover. On the...

It is occasionally depicted in art.

Would Joseph be training Jesus to be a carpenter at all? After all, angels came down more than once to declare that his stepson was an actual Child Of God, so I don’t think it out of the question that Jesus spent his time studying and contemplating religious matters, and that his parents would fully support this path.

You gotta have a fallback career.