What was the first movie sequel to sport a Roman numeral II?

But when did all this Roman numeral business begin? Sequels have been with us for a long time, but they haven’t always used this convention. Where’d it start?

Excellent question. I’m assuming you mean the “official title” as it would appear on the advertising for the movie at a theater? Or how it’s listed at IMDB? And not the popularized (or insider) usage like GFII (for The Godfather, Part 2?

I would hesitate even to select a decade for the first one, but I’d wager on no earlier than the 60’s. Sequels existed before then but (unless my memory’s bad) they were more “Return of” or “Son of” or “Bride of” sorts of things.

The first movie sequel to use a “2” was Quatermass 2, released in the US as Enemy From Space back about 1956. But it wasn’t a Roman numeral.

The first one to use the Roman Numeral II was, I think , The Godfather II.

IMDb is the world's most popular and authoritative source for movie, TV and celebrity content. Find ratings and reviews for the newest movie and TV shows. Get personalized recommendations, and learn where to watch across hundreds of streaming...

The previous years had a couple of documentaries which had a I and a II, but not sure if they were part of the title.

A quick search of the IMDB finds Eisenstein’s IVAN THE TERRIBLE, PART II (1958) followed by THE GODFATHER: PART II (1974). The search had over 700 titles, so I confess I didn’t look carefully.

There are several foreign language films (including one from 1917!) with “II” in the English title, but not obviously so in the original title… and I didn’t want to start checking on when the English title was attached.

The “II” was used as a working title but not a release title for lots of earlier films, like HELP! was BEATLES PHASE II.

So I’m going to suggest that GODFATHER Part 2 is what started it all. Although there are some earlier II’s, they’re scattered through the decades. After GODFATHER PART 2, they start to come in swarms.

Alright – I have to change that to “Quatermass 2 was the first feature film of substantive length to use the 2”, although it didn’t catch on for a long time. I note that the 1955 TV version did use the roman numeral, and was called Quatermass II: 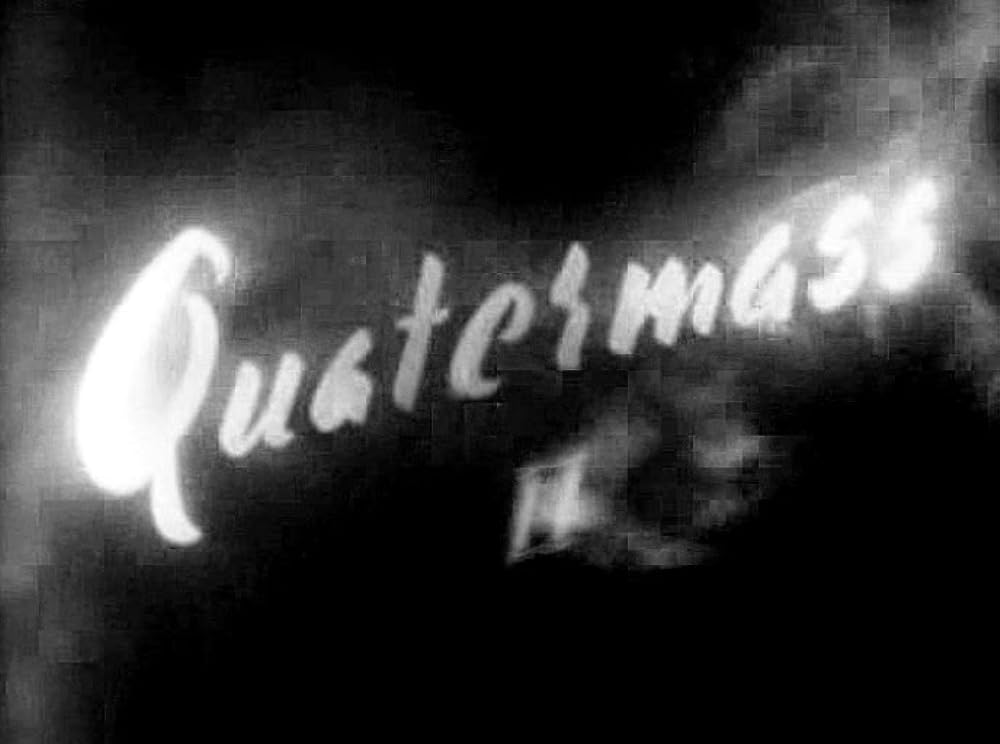 We ignore all the “Richard II’s” and the like out there , and things like the 1971 TV movie Earth II (there was no movie called “Earth” that it was the sequel to).

Off-topic, but I find it highly amusing that the Google ad at the bottom of my page is “Ban the Cluster Bomb.”

May I assume that Quatermass 2 wasn’t an enduring classic?

May I assume that Quatermass 2 wasn’t an enduring classic?

Them’s fightin’ words! Nigel Kneale’s Quatermass trilogy (we’ll charitably ignore the much later John Mills-starring The Quatermass Conclusion was some of the finest photoplay SF, first on TV, then on celluloid.
But it didn’t inspire sequels with numeral "2’ after them. I suspect, in large part, because the age of the sequel was not upon us, and such sequel motion pictures as there were over the next few years were often based on works that already had non-sequel titles. (A Shot in the Dark, From Russia with Love, etc.)

Discussions about this question have a tendency to degerate into squabbling about what counts as a “sequel”, but, with that in mind …

It’s difficult to make Olympia count. Both parts were filmed (obviously) and edited in parallel and it was only the length that forced Riefenstahl to split the film into two parts. She claimed that, at that stage, her intention became that the two halves would be screened across two consecutive nights, but that the distributors refused and wanted it all shown together. At the premiere and thereafter, that was the standard way it was released, with a half hour interval between the parts. It’s thus usually been viewed and treated as a single film in two pieces, much like, say, Gone With The Wind.

Ivan the Terrible is a better case. While some of the filming of Part II overlaps with that of Part I (and some of the unfinished Part III with Part II) and possibly most of it was finished by the time Part I was released, these are closer to being two parts of a series of films.

And, to back Cal up, Kneale’s original Quatermass series are still widely recognised in the UK as telly milestones; the BBC even remade the first recently.