At least one more supreme court justice to the right of Clarence Thomas.

Deep cuts in medicare, medicaid, food stamps and all other government programs.

Three of those items are things that only Congress can do.

Three of those items are things that only Congress can do.

Not if President Obama is around to veto them. So I think it makes sense to put them as possible consequences of a Romney Presidency. Except for the Roe v Wade bit, which is obviously in the hands of SCOTUS.

Whew! What a relief! Thanks, John!

Not if President Obama is around to veto them. So I think it makes sense to put them as possible consequences of a Romney Presidency.

Well, if Obama is around, then Romney isn’t president. So that doesn’t even make any sense wrt to the OP. The point is, Romney can’t make tax law, cut Medicare or raise the Social Security retirement age to 70. Do you think any of those things would happen if Romney were president? If so, why? I don’t, because Congress has to do those things and they won’t.

Romney will try to appoint so-called conservative justices. I have no doubt about that, but no one “to the right of Thomas” is going to be confirmed by the Senate.

Roe v Wade overturned? Unlikely, but people have been predicting that every time a new SCOTUS justice is selected by a Republican.

Will Romney get a Republican congress to work with if elected? I think the next president is going to get at least one supreme court justice pick. Ginsberg was diagnosed with pancreatic cancer in 2009. They caught it early but I’m a little amazed she’s still alive, let alone still an active justice.

Sounds like an aggressive plan. Clean up the mess, make changes and not worry about getting reelected.
http://politicalwire.com/archives/2012/08/24/is_romney_seeking_to_be_a_one-termer.html 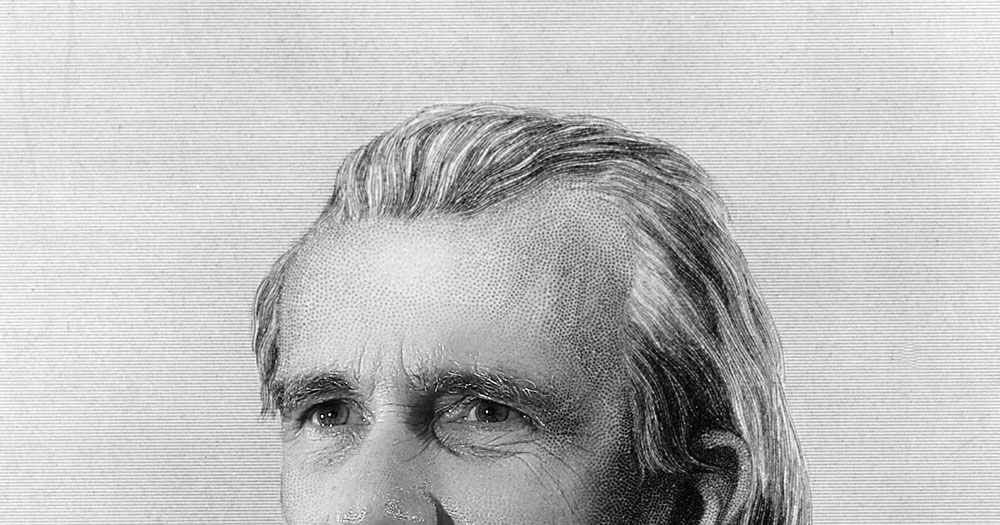 Why this makes no sense.

Is Romney Seeking to be a One-Termer?

Romney campaign manager told the Huffington iPad magazine that Mitt Romney’s inner circle thinks a Romney presidency could look much like that of President James Polk after tackling issues like the federal debt and entitlement spending.

“Polk, who served from 1845 to 1849, presided over the expansion of the U.S. into a coast-to-coast nation, annexing Texas and winning the Mexican-American war for territories that also included New Mexico and California. He reduced trade barriers and strengthened the Treasury system. And he was a one-term president. Polk is an allegory for Rhoades: He did great things, and then exited the scene, and few remember him. That, Rhoades suggested, could be Romney’s legacy as well.”

Polk served one term because he got sick and 3 months died after his term, because being President sucks. He wasn’t voted out of office. So if Rhoades is suggesting that Romney is committing slow suicide…?

1 won’t happen. 2, probably not that extreme, but then is Thomas considered the most conservative? 3, there’s bluster on this every 5 minutes in America, but do you really think the conditions are close to repeal RvW right now? 4, 5 - Cuts are always possible, but define “deep.” Social Security age has changed in the past, but not by the President’s doing. Romney isn’t this extreme any more than Obama is a moozlim sleeper agent terrist. Romney presidency will be almost the same as Obama’s: hard to extricate from the economy and facing an uphill battle.

Will Romney get a Republican congress to work with if elected?

The House will probably remain Republican, but the chance of the Senate returning to the GOP I would estimate at less than 50-50. Of course Romney has experience working with a legislature that is not in lock step from his term in Massachusetts. But he inherited a deficit, albeit not as large as the one he will have to deal with if he makes it to the White House, and managed to balance the budget (and unemployment dropped during his tenure). He did it largely thru doing the things he wants to do as President, cutting spending by a bit more than a billion and a half, and closing loopholes and raising usage fees.

Whether or not he would be able to do the same with the feds as he did as governor is problematic, but at least he has some kind of experience bringing off what he proposes (unlike some Presidents I could mention).

If the Senate remains majority Democrat I suspect he will have little success nominating a SCOTUS justice who the Dems suspect might overturn Roe v. Wade. Of course they will assume that of anyone he nominates, although if Ginsberg kicks it he might be able to replace her with someone a bit further to the right. Depends on who’s available, and who is willing to put up with the inevitable character assassination any nominee who declines to publicly endorse Roe will receive from the single-issue Senators.

He would inherit a big mess, but the economy might recover even if he doesn’t do anything, and a gridlocked Congress might stop either the GOP or the Democrats from doing anything stupid.

We can hope, anyway.

The social security retirement age is already 67 for people born after 1959 I believe, there is no reason to assume another move might happen nor is it necessarily a bad thing. More people living past a certain age kind of necessitates you either start putting more money into the system or you do something to limit the number of active beneficiaries receiving payments.

Amateur hour in the White House would be over. One of the little-talked-about failures of the Obama administration has been its shoddy management of the day–to-day operations of government. Obama stacked executive positions with non-executive academics and political activists, and the result is a rather dysfunctional government. Obama himself has failed in trying to work closely with congress - even within his own party.

Clinton and Reagan were successful because they did a lot of legwork - holding constant meetings with Senators and Congresspeople, developing rapport with the Speaker of the House, helping to bridge ideological divides, etc. Obama has a terrible reputation in this regard - even from his own people. The media - even those favorable to him - complain about lack of access and his unwillingness to hold press conferences at which actual questions are asked of him. He plays a lot of golf, hosts a lot of fundraisers, and has a lot of rich people, hollywood stars, and labor leaders over for visits at the White House, but when it comes down to the day-to-day operation of the executive branch, he’s often AWOL.

Romney would come in and work as a managerial president. Leaving aside his ideological goals for a minute, he would bring a lot of executive expertise and competence to the White House. I guarantee you he will be a hard-working executive, and given his temperament I’d guess that only a part of what he does will be ideological. A lot of his energy, at least at first, will be spent on improving operational efficiency, ensuring that he doesn’t have any ‘heckuva job Brownie’ or Van Jones type people working under him. He’ll appoint competent executives to lead executive departments.

That would be a nice change from the last two presidents.

Sam’s post above is complete and utter trash, so I’ll just ignore that.

Romney’s presidency would entail him being the working set of fingers that King Grover and the Republican powers that be want as a president.

Romney is much too spineless to stand up to what the GOP wants, which means, unless the Dems have the power to filibuster (which I certainly wouldn’t put past McConnell to remove) it’s Republican policy from here to the horizon.

In addition, Romney’s foreign policy braintrust are a bunch of neocon worthies.

Couple that with the economy puckering from his nonsense budget ideas, and a SCOTUS appointment or three, and it would likely cripple the country.

Sam Stone makes some good points about the Obama Presidency although I’d be interested in reading some supporting material. Not because I particularly doubt the claims, but because something that has struck me throughout his Presidency is weird “piddling” mistakes and missteps that even say, Bush got right on a day to day basis. It has seemed to me for awhile he hasn’t made the best hiring decisions as that’s really what would affect those “small” day-to-day issues. (They may seem small, but cumulatively the day to day running of the executive branch is one of the most important Presidential tasks.)

Romney’s presidency would entail him being the working set of fingers that King Grover and the Republican powers that be want as a president.

In addition, Romney’s foreign policy braintrust are a bunch of neocon worthies.

“King Grover” is in favor of deep defense cuts and against military adventurism. That seems to fog up this narrative a bit.

“King Grover” is in favor of deep defense cuts and against military adventurism. That seems to fog up this narrative a bit.

Grover is an idealist, and I believe he would actually cut the military.

But the Republicans he locked in with the pledge are, in general, hawks. How much support do you think there is for defense cuts on the right? A few libertarian votes, but the vast majority want to keep it strong.

Now if Grover had a “Defund the Military” pledge, I suspect he’d have gotten a few less signatures.

Most of his administration would be warmed-over (and unrepentant) Bushies, by necessity since the bench isn’t deep, and we all know how well-run *that *administration was, don’t we? There’s also the Etch-a-Sketch gang running his campaign and causing all kinds of problems for him already. That’s the Dream Team some are pining for, inexplicably.

In addition, unless he’s simply lying brazenly, his economic plan is to do a whole lot more of what got us into this mess in the first place. If anyone finds that reassuring, you’re welcome to it, but please explain why.

Most of his administration would be warmed-over (and unrepentant) Bushies, by necessity since the bench isn’t deep, and we all know how well-run *that *administration was, don’t we? There’s also the Etch-a-Sketch gang running his campaign and causing all kinds of problems for him already. That’s the Dream Team some are pining for, inexplicably.

In addition, unless he’s simply lying brazenly, his economic plan is to do a whole lot more of what got us into this mess in the first place. If anyone finds that reassuring, you’re welcome to it, but please explain why.

What do you think got us in this mess that has to do with anything relating to Romney’s economic plans? Is Romney’s game plan to take over the mortgage lending industry and issue a lot of dumb loans, and then back them with implied Federal guarantees so that no one second guesses their securitization? And then do nothing while a massive real estate bubble develops?

Only in Foxworld was that what got us into this mess. It’s not even factual, much less causal.

Refusal to regulate the financial industry, insane tax cuts on the wealthy combined with depression of the middle class (the true job creators), while spending lavishly on insane military spending, now *that *shit added up.