What would happen if humans started having only 10% as many children?

I’m not interested in the cause for the change (will of some god/sterility causing plague/alien bioengineering/rise of ‘childfree’ people/whatever) its just for some reason human births drop by 90%. What are the immediate/short term/longer term results? Okay, in the extreme long term humans go extinct, that’s given and boring.

This happens evenly, world wide, non-violent, no medical intervention needed to cause it. For some reason women just aren’t getting pregnant and giving birth at what used to be the normal rate. For example, Google says about 3 million babies were born in the US in 2020, so now just 300,000 would be born. India drops from 25 to 2.5 million. Monaco goes from 912 to 91.

Okay, there’s an immediate upshoot into investigation why this is happening.

Obstreticians start being affected almost at once.

Orthodontists take the hit in around ten or twelve years?

Will enough less milk be needed that dairy farmers cull herds? As the smaller number of children continues on, it will start to impact the need for all foods.

The labor market will be disrupted overall, without free crops of cheap young labor arriving each year. And the continuing loss of older worker will go on as normal aging/death occurs.

How long will it take for people to realize that this is a new ‘normal’ and adjust their planning for it? For example, I’d bet the demand/value of ordinary houses with three or four or five bedrooms would drop precipitously.

Will there be a sudden increase in child kidnapping by wannabe parents? Would we end up with greatly more severe penalties for crimes against children?

On the brighter side, how soon might we see the world start recovering? Children don’t directly drive cars, of course, but would SUVs and such remain popular if the average household mostly consists of single adults or childless couples? Less new housing to create, maybe marginal farming areas abandonned back to nature, less fuels extracted to create energy, on and on.

I’ve read of some changes in Italy, now that the birthrate there has fallen below replacement.

I could imagine that parenting would have even more difficulties with strangers wanting to watch or touch one’s child. “You have such a cute baby. May I just hold…for a while.”

Politicians would run on platforms of increasing the penalties for child crimes. WE HAVE TO PROTECT OUR CHILDREN.

There would be more outcry for children to be taken away from “unfit parents”. Define that as you will.

What would happen if humans started having only 10% as many children?

A precipitous decline in species extinction and recovery of endangered ones could be expected.

Conversely, in 20 to 25 years, a crisis will develop in elder care, and care for the disabled, with not nearly enough young, healthy workers being available to provide care for such people. It’s possible that some of the people who had previously worked in childcare or education could move into the field, but at that point, lack of new employees will be a crisis across the labor market.

I cannot imagine. The economy would probably be destroyed, though I suppose there wouldnt be any more food shortages.

Not just that, but the push to control women’s bodies would gain steam. Birth control and abortion would be harder to obtain, pregnant women would face prosecution for anything that might possibly endanger a fetus, and worse. This is basically the premise of The Handmaid’s Tale, which I think describes an entirely plausible response to such a dramatic decline in fertility.

Come to think of it, this would be like the baby boom in reverse.

Schools would wind down starting with the lower grades. There would be a glut of teachers. Eventually colleges would mandate that students must live in dormitories and landlords for off-campus housing would be forced out of business. Community colleges would find it harder than prestige universities to maintain enrollment.

Farming would shift to more automation, and to crops that could be harvested with less human intervention.

In industry, robots would take over more assembly operations. Manufacturing engineers and technicians familiar with robotics would be in high demand.

Whether this would cause a shift to the city, suburbs, or country - difficult to predict. In any event fewer roads would be needed and the multilane highways through cities like Atlanta would be reduced.

Economics of some types of scarcity would be reversed. The market for all antiques and collectables would collapse.

Land values would change. There would be massive shifts in the population around the world. Why eke out an existence on marginal land when there is fertile acreage in the temperate zones going begging - along with housing, etc.?

Now here’s a couple of questions:

What about the proportional representation in the U.S. Congress?

IVF will be come very popular. It might be enough to counter the population loss, or at least slow it considerably.

Think of what happened in Europe because of the Black Death. Yes different because instead of whole populations being decimated, this would only involve children. Yet some possibilities would be the same – radical redistribution of power, large tracts of land becoming available, some towns abandoned.

The main thing I think that would happen is a rebound of the thousands of species which are presently under siege by human pursuits. And carbon emissions would at least slow down.

In one generation, supply chains collapse. The world enters a deep depression. Wars break out. Advanced technology stops being developed. Cities fail, and people move back out to the countryside. High intensity farming ends, leading to farm work increasing and crop yields per person decreasing.

In two generations, there are no more chip fabs, no more airline industry, etc. Most people work in agriculture again. Eventually we will revert to the standard of living that existed the last time the globe had less than a billion people on it.

Our wealth is a function of how many people there are, and therefore how much division of labor and concentration of energy and capital we can sustain. Lose 9 out of 10 workers, and we won’t be replacing them with robots because everyone will be too busy just surviving to worry about building cool robots.

The Earth won’t care one way or another. Eventually we will be burning wood and coal for fuel again, because there won’t be enough peoole to sustain a global high technology infrastructure.

Retirement at 65 (or any fixed age) will be abolished. Only people physically unable to work will be allowed to retire. And they better have saved some money, because SS will be long gone.

I’m not so good with numbers, but I’m assuming the population of the United States would go down to about 30,000,000 in a few generations. Or does the dwindling birth rate continue further shrinking the population in each generation? With 30,000,000 people, you can still have an industrial society though they won’t have all the nice things we have today.

I would think large swaths of the world would be abandoned by human beings. The remnants might flock to larger countries like the United States simply because we’d still have a viable population to provide for something resembling modern life. And we’d welcome those immigrants with open arms, probably compete with populous countries like India and China to have immigrants grace our shores instead of theirs.

A 90% drop in the birthrate would create the drastic problems described above. Discussing a 10% drop might be more interesting and within the bounds of possibility.

Discussing a 10% drop might be more interesting and within the bounds of possibility.

The rest of the world has experienced similar drops in the same period, although the fertility rate in the developing world didn’t start to drop until around 1980.

It may be happening already: 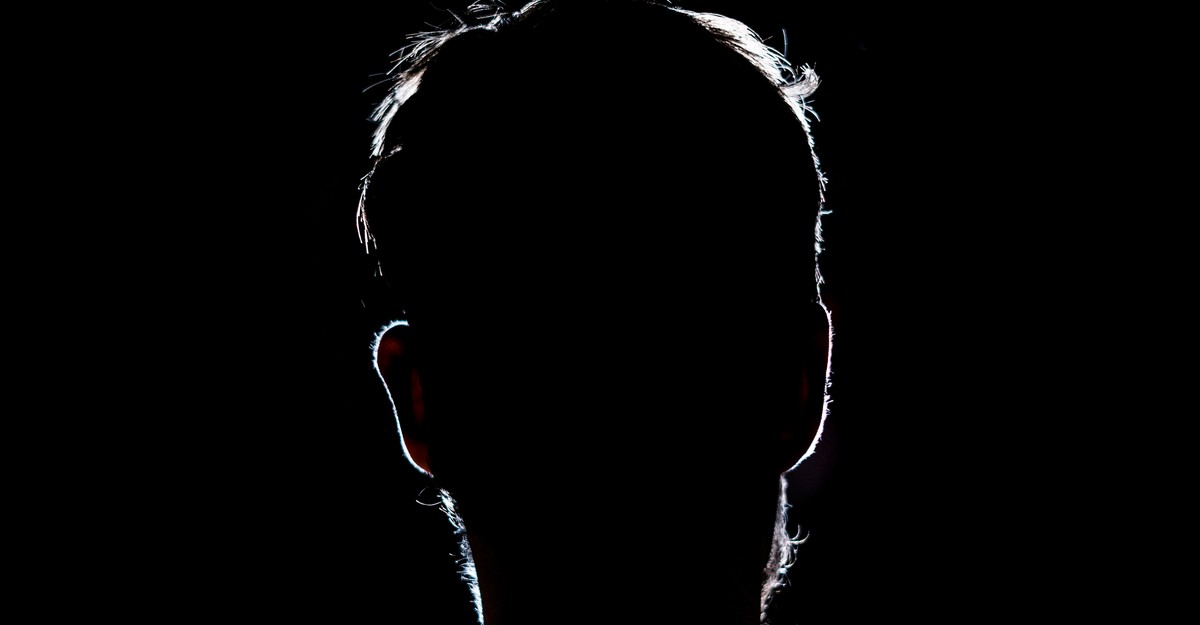 Scientists are coming to a consensus that men in America and Europe are experiencing a worsening decrease in fertility. They disagree, however, about why.

But not uniformally across all countries and social strata. Still natality has been drastically reduced in my lifetime in Western Europe and Japan.
ETA: Does that count as ninja’d?

OP didn’t really specify, other than a general scenario in which the birth rate is 10% of what it used to be. Birth rate is normally defined as number of children per person in the population, so as the population decreases, the absolute # of births per year also decreases.

If current US population is 330M, and current life expectancy is 80 years, and current birth rate is just enough to sustain the population, then the absolute number of births per year is about 330M/80 = 4.125M babies, with the same number of deaths (mostly among the elderly) also occurring each year. Except once the OP’s switch is flipped, that first year there are only 0.4125M babies born, although deaths don’t go down, so now the population is lowered by 3.7125M. The next year, only (330M-3.7125M)/80 babies, 4.0786M, are born. That’s fewer than the previous year, but in the simplest model, there are also fewer deaths, so overall the population decreases by a slightly smaller amount (a more sophisticated model would skew the deaths toward the elderly, so that the decrease in annual # of deaths would lag about 80 years after the change in birth rate).

You could lay a simple model out in an Excel spreadsheet and see how the population changes over time. But just as a crude first estimate, with 3.7M births missing in the first year, and slightly fewer each year after that, in 20 years we might expect to see US population reduced by 60M or so. Dialing the population back to just 30M would require a good bit more than a 100 years’ time.

There would be more outcry for children to be taken away from “unfit parents”. Define that as you will.

That’s an interesting avenue. Right now there are some complaints about Child Protective Services wanting to swoop in and snatch away children for not adequate reasons. And at the same time stories about children being returned to and taken away from the same households multiple time because CPS isn’t doing enough to get those children permanently ‘protected.’ And this is when there is (apparently) a critical shortage of foster care and other places to put these children.

What, indeed, happens when children become a super-rare precious commodity? Would sending a misbehaving child to bed without supper be enough to have your child taken away from you and given to one of the no-doubt thousands of people hungry to become parents?