OK, I missed doing this on time last month, so here it is early Sunday morning and I’m making sure I don’t miss again.

I am reading Aurian, but have just started it so I don’t have much to tell.

While I’m waiting for those zombies, I’m reading Cemetery Dance, the new zombie book by Preston and Child. It’s formulaic and goofy, but damned if I wasn’t up until 3 in the morning reading the dumb thing. Just can’t get enough of that dead dead decomposing noxious zombie love.
God, I hate zombies.

I’ve recently read a lot of Robert E. Howard that I had sitting around and had never read for one reason or other:

The Lost Valley of Iskander

The Gods of Bal-Sagoth

The Sowers of Thunder

Two of those feature an adventurer named El Borak. I wonder if Obama has heard of him?

I also finished reading Jules Verne’s Adrift in the Pacific (AKA Two Years’ Holiday). Both titles are completely inappropriate for a book about a group of mostly British schoolboys who find themselves cast up on a desserted island. “Lord of the Flies” does not ensue, of course
I also quickly read through Embracing Your Big Fat Ass, which I got for Pepper Mill several months ago. I am still alive, which shows that she is tolerant, or broad-minded. 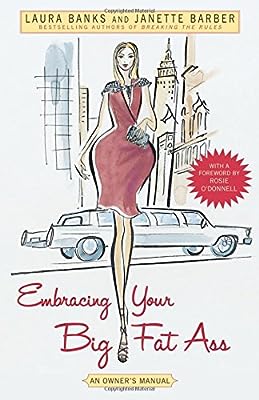 One of the authors, Laura Banks, played Khan’s novigator in Star Trek II, it says. I didn’t notice her ass.

I also quickly read The Radioactive Boy Scout. I’m going to have to write that author. I was familiar with the story, but upon reading the book, I find the author snarkier about the Boy Scouts and The Golden Book mof Chemical Experiments than they deserve. Both are worthwhile institutions, and they’re not the reason that kid ended up radioactive.

I’m not sure what to read next. I’ve got a big stack of books, including The Pope’s Elephant, that look interesting.

So, seeing as how today is the last day of May and I started reading it yesterday, I posted the contents of the quote box in that thread. I’m pretty sure I can’t finish the 400+ pages today so I’ll post it here as well.

So I just finished reading Hamlet and I now picked up For Whom the Bell Tolls, which has sat in my room since I was in high school! Weird book, I loved Hemingway back then but was never able to get through the first chapter of this book. I’m already passed that point now though.

So once I finish with that, I’m left with two unread books, Upton Sinclair’s The Jungle and a F. Scott Fitzgerald book, Flappers and Philosophers. What I really wanted to do was reread Vonnegut’s Breakfast of Champions but I can’t figure out what I did with that damn book. After that, I might actually be able to get a shiny new book to read

The God of Small Things by Arundhati Roy and the entirety of Edgar Allan Poe’s short stories and poetry. Also just picked up Stephen King’s The Stand, which I probably won’t get to for a while.

I’ve been completely suckered in by Jim Butcher’s Harry Dresden series. I knew they were noirish modern fantasy, but nobody told me how funny they were.

I’ve been completely suckered in by Jim Butcher’s Harry Dresden series. I knew they were noirish modern fantasy, but nobody told me how funny they were.

Oh – I forgot. I am reading the recently published version of Edgar Rice Burroughs’ The Moon Maid. I’d read the book (and started its sequel, The Moon Men, but got bored) over 30 years ago. But this is a new, revamped version, containing both volumes. Apparently the book versions of Burroughs’ books left out a lot from the magazine publication, and this seeks to be a complete, definitive version. The copy is autographed by the illustrator.

McCarthy’s minimalistic prose translates well into audio and Stechschulte managed to communicate its intensity perfectly without overdoing it.

I’m also re-reading Borges’ El Aleph; my annotations from the time at the university (… back in that previous millennium) are more than half the fun. And “El inmortal” still gets to me.

The Deed of Paksenarrion, by Elizabeth Moon. Recommended by a friend of mine. Fantasy, though (at least through the first 200 of 1000 or so pages) it reads more like medieval military fiction.

It’s June here already, and I’m close to finishing News of a Kidnapping, by Gabriel Garcia Marquez. It’s very good, sort of a novelized version of the real-life kidnapping in Colombia in 1990 of 10 journalists, mostly relatives of politicians and mostly women, by Pablo Escobar.

I haven’t read Ghostwritten but I loved Cloud Atlas and Black Swan Green. (Off to check out Ghostwritten).

Just finished Paul of Dune which was ok-ish…have now started on Imprimatur by Monaldi and Sorti…in queue behind it are Cloud Atlas, The Temporal Void and Mystery man

I just finished The Sunrise Lands by S.M. Stirling. Now I have to find the other books in the series. I didn’t realize it was the start of a second series related to (or following after) a pre-existing series when I bought it, but it was a good read so now I have to hunt.

I’m re-reading The God Delusion by Richard Dawkins. A friend finally is getting around to reading it, and I want it more firmly in my head for when we discuss it.

I just started The Cosmic Landscape by Leonard Susskind and I’ve been going thru The Art of War by Sun Tzu because I got a new hardbound copy and it’s been at least a decade since I read it.

Because of a thread here, I’m tracking down a copy of Motel of the Mysteries by David Macaulay.

They’re sort of similar, although Cloud Atlas has a more complex (and, I feel, rewarding) structure. Both are amazing, but if I could only read one? Probably Cloud Atlas.

…Because of a thread here, I’m tracking down a copy of Motel of the Mysteries by David Macaulay.

That’s a great spoof of archeology and American pop culture; highly recommended. I also like his Unbuilding (about the hypothetical deconstruction of the Empire State Building), City (about the design and building of a Roman city) and Castle (about an English castle). He’s a good writer and an even better artist.

I’m now reading James R. Gaines’s Evening in the Palace of Reason, about the sole meeting of J.S. Bach and Frederick the Great, and am about halfway through. It’s a pretty good short bio of both, showing how they represented the old (Bach, a stalwart of old Lutheranism) and the new (Frederick, the very model of an enlightened despot and a poster boy of the Enlightenment) of the 18th C.

I bogged down a bit in Charles Stross’s Saturn’s Children, a smartass sf novel about how a robotic society would unfold after humanity died out, but hope to return to it soon.

I just finished Thorne Smith’s final book, Glorious Pool, this morning. I really like some of his books but this one really wasn’t very good. A lot of his trademark themes were there; the cocktails, the madcap antics, the continual misinterpretations, the physical transformation, but it was all really just one long drunken scene with no particular plot. And then it stopped. Suddenly.

At the same time I also got hold of his first book, Biltmore Oswald: The Diary of a Hapless Recruit, written just after ww1; it’s in the form of a diary and the page or two I’ve read so far seems so much better! As if Bertie Wooster had enlisted as a naval cadet!

I finished Triangle, which I didn’t have high hopes for. I actually ended up being very impressed by the elegance of the writing. Very grand and heart-wrenching.

Started Goldfinger by Ian Fleming. I have all the James Bond novels on my shelf and I read a new one every month or two.