What's a well known (at least fairly well known) type of food or style of cuisine you've never, or only recently, tried?

I went vegetarian as a teenager and haven’t had meat since, so while I’m generally an adventurous eater and willing to try pretty much anything, I have weird gaps in my food experience.

I’ve never had corned beef, spam, or venison. I don’t think I’ve ever had pulled pork. And there are loads and loads of dishes that I’ve never tried because they’re made with meat by default and either need too many niche ingredients to make it worth my time to try to come up with a vegetarian version to cook myself or just don’t sound interesting enough.

I wanted me some poutine for years before I ever got around to it. I first tried it in, of all places, Australia.

Filipino food - my only experience is with pancit, which I love. Even made it once, came out good.

I guess Indian food would be my contribution to the thread. It is only within the past few years that I have had it. Turns out I’m a big fan of curry.

I just discovered arepas within the last 5 or 6 years or so; I’ve been doing my level best to make up for the lost time, tho.

If you’re in Las Vegas, I can highly recommend 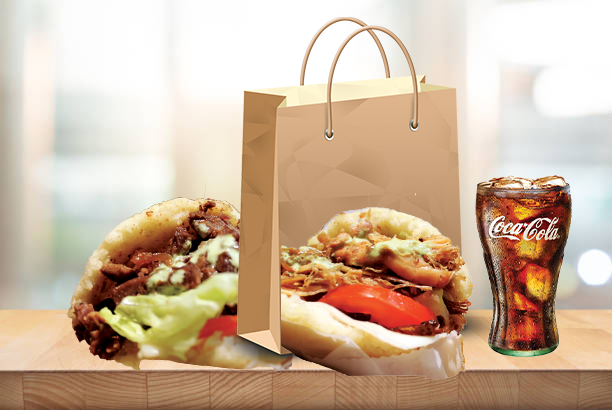 Enjoy our variety of Venezuelan food, especially our renowned Arepas! Order online to skip the wait!

French. There are no French restaurants here, except a couple of pricey ones way out in another county in fancy refurbished mansions. (special occasion places, probably open for only weekends). We have about everything else, a deluge of Tex-Mex, and a tsunami of Italian red sauce and pizza restaurants. (I’ve had French onion soup, French bread, some cheeses )

Lumpia are really just snack food, though. One of my coworkers was always bummed that everyone wanted her to bring lumpia to our potlucks. Mainly because they’re so tedious to make.

There are a ton of Filipinos in Los Angeles County, but there are very very few Filipino restaurants. I only knew of one, so I relied on friends’ home cooking. Filipino parties are a blast.

Thought of another - Korean.

Lots of Koreans in L.A. and tons of Korean restaurants. And they’re not all in Koreatown!

I love Korean food, and I prefer to go to places that have a variety of kimchee. There was a place that would sometimes had these tiny fish (like the size of a baby’s fingernail parings) that were spicy and vinegary and so awesome. I had serious withdrawal when the restaurant closed.

I’ve been to Fogo de Chão Steakhouse for Argentinian steak, but I doubt it’s anywhere near authentic. Chimborazo, an Ecuadorian place in Minneapolis is fantastic, but other than that South American cuisine has been Terra Incognita for my taste buds.

I’d never heard of shakshuka until someone posted a recipe here a couple of years ago. I saw a ‘shakshuka starter’ (just add eggs) at Trader Joe’s. I’m eating it now. Frankly, I don’t see what the fuss is about. It tastes a bit like poached eggs in spaghetti sauce. Not bad, but not very interesting and I won’t be making it myself.

I never had grits until I got some at New Orleans Airport in the early-'90s. I wasn’t impressed. A few years ago the missus and I went to a Cajun restaurant in town and she had shrimp & grits. I had a taste, and it was good. Not knowing what I was doing, I made some at home sometime later. It turned out well. I’ve made it a few times more since then.

I have a copy of a Cook’s Illustrated magazine focused on food from states like Georgia and Alabama. This type of food is hard to find in Canada. While I’m sure you can get anything in a big city, I’m not sure how popular it is outside its namesake region. Yes, Nashville fried chicken with cayenne spicing, barbecue with fixings and pulled meat are fairly popular everywhere. But a lot of the dishes I didn’t know. How many of these dishes do you know? Carolina Chicken Bog Natchitoches Meat …

I tend to steer clear of heavy foods and a lot of Southern foods are that, but I don’t think I’ve even been offered anything from @Dr_Paprika’s list except pimento cheese. I wouldn’t have the vaguest idea where to find any of it to try it, except to visit the South or attempt to make it myself. I’m not especially inclined to make either effort.

I suppose we all have our blind spots.

I was struggling to think of one I haven’t tried; I’ve had Ethiopian and and even Nepali food once or twice. But reading this thread reminded me that I have never had poutine as well.

And I guess I’ve never had proper French haute cuisine, either.

Back in 2008-09 Sacramento’s public radio station produced a series called “Around the World in 30 Blocks”, highlighting the restaurants of Sacramento’s most ethnically diverse neighborhood. I made it my goal to try every restaurant they featured (that was how I ended up at a Nepali restaurant. It felt like pretty much a fusion of Indian and Chinese, but that makes sense considering where Nepal is.) I made it to most of them, but there was a Balinese place on the list that closed before I got a chance to try it. Balinese food might not be well known enough to count for this thread, but I missed my chance to have Balinese food.

So I was surprised when I recognized only one food from this list:

Heh, yeah, I also only recognize pimento cheese from that list.

And I wasn’t aware that Peruvian was a distinct cuisine, but I’ve had Ecuadorian, Colombian, and Brazilian.

But are the things on that list mainstream Southern food? I mean you could probably come up with a list of obscure foods from any culture or cuisine.

I’ve lived in Indonesia and sampled the food across the archipelago, and living in DC, it’s pretty hard to avoid Ethiopian food. This July, assuming the pandemic lets us, my wife and I have a long rescheduled trip to Labrador and Newfoundland and hope to spend some time in Quebec, poutine is in our future.

I’d never heard of shakshuka until someone posted a recipe here a couple of years ago. I saw a ‘shakshuka starter’ (just add eggs) at Trader Joe’s. I’m eating it now. Frankly, I don’t see what the fuss is about. It tastes a bit like poached eggs in spaghetti sauce. Not bad, but not very interesting and I won’t be making it myself.

You can make it as interesting as you want. It’s probably my favorite quick & easy breakfast/lunch dish. The key, though, is to have good crusty bread to go with it to sop up some of that sauce. I like to make mine on the aggressively spicy side. I tend to think of it as a Mediterranean huevos rancheros.

But are the things on that list mainstream Southern food? I mean you could probably come up with a list of obscure foods from any culture or cuisine.

That’s a great point. Like others, I’m not qualified to say what is “mainstream Southern food,” so I can’t answer that question. But looking through that thread, even many Southerners haven’t heard of them – so maybe not.

Heh, yeah, I also only recognize pimento cheese from that list.

Sure. A lot of those foods are hyper-regional. Don’t feel dumb or sheltered or whatever if you don’t know them. Even if you’re well read-up and studied on this stuff, there’s going to be tons of stuff out there you have no idea of. Hell, here in Chicago, I’m sure there are foods I am unaware of, and I’m pretty on top of these things. There’s just so much food culture out there.

But are the things on that list mainstream Southern food? I mean you could probably come up with a list of obscure foods from any culture or cuisine .

To help out you and Aspenglow:

The answer to the bolded is “no, not really”. A lot of the items on that list have fairly narrow regional distribution, aside from perhaps pimento cheese and carne guisada (which ain’t “Southern food”).

You can add sausage to make it a little more hearty and using duck eggs instead of chicken is amazing. It’s one of those dishes that you can’t believe how easy it is because it tastes so good.