What's the current thinking on isolating if you're symptomatic but test negative?

For almost the entire first year of the pandemic, I didn’t get sick at all. But over the last year, I’ve caught several mild colds. I haven’t been tested every time, but every time I have tested, it’s been negative. I’ve read mixed things about the false negative rate of the at-home tests; some sources indicate that, while false negatives are common, they tend to occur in asymptomatic or presymptomatic individuals, and a negative antigen test is actually a pretty good indication that, at least at that moment, you aren’t terribly contagious. The problem is that everything is changing so quickly, most of the info out there could be out of date, if it was ever sufficiently certain to begin with.

For a while, I just stayed home if I so much as sneezed; I only tested if I was going to see my folks, and I only did that if I had no symptoms. Tests were in short supply, I was mostly working my ass off from home and didn’t mind an excuse to order in, and the couple of colds I’d had didn’t seem like they were going to become a frequent, regular thing that would throw my life into disarray. But I seem to be catching the sniffles more often since people pretty much stopped masking everywhere, and I’m wondering where to draw the line.

Assuming I have what appears to be allergies or the type of mild head cold that, in the before-times, I would’ve just ignored, and assuming that I’ve just taken a home test and it was negative, should I:
-carry on with my plans, perhaps wearing a mask and warning anyone I plan to get together with so they can make their own informed choice,
-cancel or postpone high-risk/nonessential activities but go ahead and take a walk alone outside, keep my DMV appointment that took months to get, shop for groceries, etc., or
-stay the fuck home until I’m all better?

What would you do/ what have you been doing? FWIW, I’m vaxxed and boosted, as are all the people I hang out with; all the older folks I hang out with are double-boosted.

You have reasonable evidence you have a cold or allergy not COVID. Live life just as you would have in 2018 with a cold or allergy. With the possible exception, since masks are now socially mostly normal, you could choose to be extra-nice to people around you and wear one. Just as Japanese folks have done for decades when ill w a respiratory infection. But that’s a social courtesy, not a plague control measure.

I’ve had a sinus infection the last 4 weeks. Sporadic coughing and runny nose, almost no fever. Seen my MD 3 times for it. COVID tested repeatedly and it’s not that. I’m out and about every day doing my normal stuff at least some. I’m only staying home when feeling unambitious, not for any concern of contagion in either direction. I wear a mask while in a close space like an elevator or a small retail where I’ll be face to face with the clerk. At the (uncrowded) groc store I’m not masked while shopping, but I do put it on to check out in close proximity to the cashier. That seems like the polite thing to do in the post-2020 world.

I’m in a suburban D-voting area of Florida FWIW. And long since triple-vaxxed.

YMMV of course, but this is how I’m doing it.

Be aware that you can actually test negative on a lateral flow (antigen) test up to 2 days after being symptomatic with the Omicron variants. That makes it challenging if it is there is a circulating cold virus, or you have seasonal allergies, or just tend to be stuffy because SARS-CoV-2 already has a tendency to show only mild symptoms in many people. Agreed that the choice to wear a mask, meet outside or make sure you are in a well-ventilated place, and wear a well-fitting respirator mask is probably the only practical options unless you are an obligate hermit. Frankly, this virus is still spreading at epidemic levels and so many people are doing nothing to prevent spread of contagion that your individual contribution is negligible in the aggregate, although can still have serious impacts on an individual level. So, basically, do what you think is best while making sure others are informed of your possible infectious condition. This virus isn’t going away so we’re going to have to learn to live with it, though hopefully we’ll come up with better treatments and perhaps a more general vaccine that will be effective on all betacoronaviruses.

Be aware that you can actually test negative on a lateral flow (antigen) test up to 2 days after being symptomatic with the Omicron variants.

I was looking for some data along those lines; where did you read that?

Also, is fever still a super-common/near-universal symptom with the new variants? Obviously you can have a fever without having COVID, but is a normal temperature when other symptoms are present at all relevant to the assessment?

I was looking for some data along those lines; where did you read that?

Also, is fever still a super-common/near-universal symptom with the new variants?

I’m pretty sure it was the Osterholm Update (Dr. Michael Osterholm of CIDRAP) where I heard this but not finding a written reference at the moment and don’t have time to go back and listen to the last podcast. In general, false negatives have been a real problem that largely negate the value of these tests for screening out potentially infectious carriers, especially among school aged children who aren’t vaccinated and are often asymptomatic (or very mildly symptomatic) carriers that, yes, can spread the disease even though the early ‘thinking’ (i.e. wanton speculation) was that they weren’t significant in the spread of contagion.

Fever is still a sign but SARS-CoV-2 rarely seems to cause really high debilitating fever in most people the way influenza does, and it is easy to have a fever of 38 °C and not really feel anything more than a bit fatigued. It certainly isn’t a definitive sign but it is such an easy thing to measure that people are still doing it because doing something is better than nothing, I guess.

Found this article on the subject: 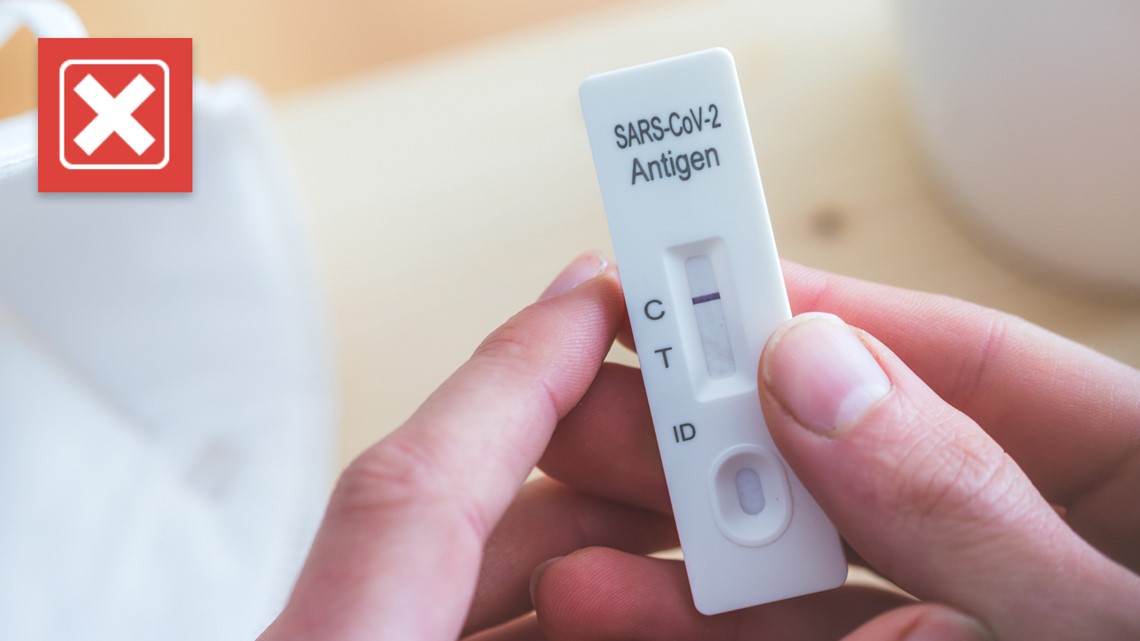 No, BA.2 is not prone to "false negatives" on rapid tests

Some Twitter users claim that omicron variants BA.1 and BA.2 are prone to "false negatives" on rapid tests. Experts say that's not true.

But if that’s true, why does this appear to be happening to so many people now, when the omicron variants are the most prominent? It seems like a lot of people, this writer included, showed symptoms for several days before finally testing positive. Dr. Gronvall said that’s likely a result of being vaccinated against COVID-19.

The vaccine gives your body the instructions for spotting and fighting SARS-CoV-2. If you get infected, your immune system snaps into action to try to kill the virus before it can replicate. The cold-like COVID symptoms that might show up are a result of that fight, not of the virus itself. So those couple days of coughing and testing negative is not a product of something special about omicron, but something special about being vaccinated.
[…]
That means those last days when you might be coughing but are still negative on an at-home test, it’s not entirely clear whether you’re contagious yet. Dr. Gronvall explained that’s because the studies needed to get an answer on contagiousness are not ethical with a virus this new.
[…]
While a quantifiable threshold for contagiousness is up in the air, many experts still believe that antigen tests are the best tool for determining in-the-moment contagiousness. Johns Hopkins Senior Scholar Dr. Amesh Adalja told WUSA9 via email that someone is unlikely to be contagious if they test negative on an antigen test.

This is anecdotal, but I know three people who tested negative with the at-home antigen test only to test positive either with the PCR test or after repeated testing with the at-home test. The antigen tests are not as sensitive and won’t catch it if you happen to have a low viral load either because you’re not catching it at the right time or you never have a very high viral load.

Were those folks symptomatic at the time they tested negative?

Two were for sure. One was just testing because she thought she was exposed. Next day, she took a PCR test and it came back positive. I don’t know if she ever had symptoms. She was a coworker.