What's the difference between Magical Realism and Urban Fantasy?

Can someone explain the difference? I assume, given how many sites I’ve seen arguing over which The Border by Marina Fitch is, there must be some significant difference. Perhaps I’ve looked in the wrong place for the “definitions” since from the ones I’ve found they don’t sound all that different to me, at least not enough so to create heated debate

I think the difference is as follows:

Magical Realism would be a fantasic setting with technological advances. A good example of this would be the game Arcana, which had trains and guns but was primary mideval. Urban fantasy would be our world while dipping into fantasy. Using another video game as an example, Masquerade, which is set in our time, but has vampires who use magical weapons as well as the usual arsonal of guns, flamethrowers, grenades and SWAT armor.

That’s just my opinion, but there you go.

Magically Realistic while being Urbanly Fantastic

*Originally posted by Sanscour *
**Magical Realism would be a fantasic setting with technological advances. A good example of this would be the game Arcana, which had trains and guns but was primary mideval. Urban fantasy would be our world while dipping into fantasy. Using another video game as an example, Masquerade, which is set in our time, but has vampires who use magical weapons as well as the usual arsonal of guns, flamethrowers, grenades and SWAT armor. **

Where does that leave the works of Gabriel Garcia Marquez? I’d always heard they were Magical Realism.

My understanding is that magical realism stories are “mainstream” tales (i.e., tales of everyday life and ordinary people) where something happens that may seem fantastical, but mainly serves to illuminate some point of the story. That’s where the Gabriel Garcia Marquez fiction lives.

It appears to be lots easier to find info about magical realism than urban fantasy. Here’s a page with some interesting (and some confusing) quotations aboutMagical Realism including this one:

Magical realism is characterized by two conflicting perspectives, one based on a rational view of reality and the other on the acceptance of the supernatural as prosaic reality. Magical realism differs from pure fantasy primarily because it is set in a normal, modern world with authentic descriptions of humans and society.

And one more magical realism

Magical realism is fiction which makes the magical or extraordinary seem normal by viewing the same through a prim of the everyday, the familiar. When Jose Arcadio is shot in his room (One Hundred Years of Solitude), “a trickle of blood came out under the door, crossed the living room, went out into the street, continued on in a straight line across the uneven terraces, went down steps and climbed over curbs,” …etc

In urban fantasy, you might have elves running bookstores or riding motorcycles in modern day Toronto, for example. Charles de Lint is one of the best-known urban fantasy authors.

Anybody else with thoughts on this? I don’t know the particular book mentioned in the OP, so I can’t comment on it.

So suppose a person was going to write a novel next month that was set in our world, but changelings were real (though not everyone thought so), would that be urban fantasy? Even if set in a non-citylike area of the US?

Part of my confusion stems from just what importance is placed on the “urban” or “Latin” parts of the definitions.

Here’s the book I mentioned in the OP, by the way 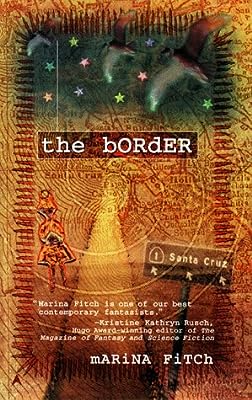 I’m not sure why this is being limited to literature.

Artists such as Paul Cadmus and Jared French were known as “Magical Realists”, but supposedly rejected the term.

If you look at paintings by Cadmus, such as Coney Island or The Fleets In!, they juxtapose carnality and ordinariness, yet both could be described as “Urban Fantasy” as well.

Archergal put it well. Magic realism is an approach toward the world, not the trappings of what goes into the novel.

Although as a rule of thumb, if you are reading a mainstream novel in which people start to float for no apparent reason, that’s magic realism.

This may be what Alessan termed “the whimsy quotient.” But whimsy is more a property of bad knockoffs of magic realism. The original works came out of the decades-long devastation of Latin American countries by dictators and military rule and can be quite grim. Denying reality by imbuing it with both an older “peasant” use of superstition and fantasy (a postmodern style by higher educated intellectuals) and injecting optimism into situations that had no good rational outcome in sight was a means for escaping the traps they saw their countries and peoples in.

That’s the Latin connection, and why it’s hard to point to good magic realism from other perspectives. U.S. history does not have this endless depressing tragedy (except for blacks and Native Americans, and you can see some overtones of this in some of their novels).

It’s ironic that there is a new generation of Latin American writers who are turning their backs on this tradition because they did not grow up under such rule. Another indication of how time and place shapes fiction.

A whimsical way of looking at the world is hugely seductive for writers, though, and numerous U.S. works that inject fantasy into reality can be found. These are more likely to be termed urban fantasy because their approach is the approach of American culture - pop, ironic, and knowing. They also use more of the trappings of traditional fantasy - talking animals, vampires, elves, magic, etc.