When to replace furnace/AC?

We were discussing potential upcoming expenses, and my wife suggested possibly needing to replace our AC and maybe furnace. They both seem to still work, tho they make a little noise when turning on/off and when running. They weren’t new when we bought our house 6-7 years ago.

My tendency is to not replace it until it breaks. Of course, with that approach, you end up needing to fix it in a heat wave/cold snap, when installers are busy, and you are limited to what they have available. So part of what we would be getting would be peace of mind - as well as (hopefully) improved efficiency and quiet operation. But I really dislike getting rid of things that aren’t “used up”.

Cost is no problem - we could afford to replace them today as well as next year or the year after. We’ve had them examined in the past, and they consistently said, “Yeah, they aren’t new, but they are still working.”

How much better would a new furnace/AC be than one 10-15 years old?

What kind of heat do you have, electric, gas, oil? What kind of system is this, is it all forced air with the same ducts used by AC and heat, or some other configuration? Do you have a service contract on the equipment now?

But I really dislike getting rid of things that aren’t “used up”.

If you are getting an advantage with a more efficient furnace it may partially offset the cost of keeping the existing system in operation through end of life. Ditto with the air conditioner, particularly if you can install an air source heat pump. However, unless the home is very new and built to high efficiency standards, your best improvement for the money is to upgrade windows and doors for better sealing and improve attic space insulation. You may also want to consider the benefit of sealed combustion upon home air quality, particularly if anyone in the household is subject to asthma or respiratory infections. 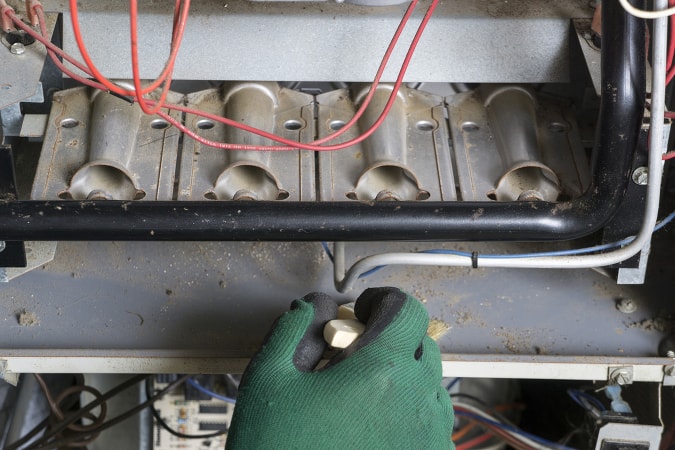 Ah, the old 80% vs. 95% furnace question. It's a tough one! Give this guide a look to find out what makes the most sense for your home.

Average lifespan of a gas furnace is around 15-20 years. We replaced one when we moved into our last house that was at 21 years. If you have it inspected every year the service person will look for wear and any cracks in the heat exchanger. At that point you have no choice but to replace it. I’d wait til at least the 15 year mark and then replace when it’s convenient for you.
They’re always making the newest ones better and more energy efficient also.

It’s probably worth looking up your specific model to see what the efficiency is.

If you’re using gas, don’t forget to get carbon monoxide detectors and make sure the batteries are working.

Actually the need for CO detectors is pretty much just as important with oil heat. Many states require them now also.

Your Electric or Gas Company might provide free energy audits or cheap ones at least. If your equipment is older many states have rebate programs and there are some Federal Energy saving tax benefits also. It all boils down to the efficiency of your current units on whether it is a good time to replace.

Central AC repairs can being really expensive and make you wish you had gone ahead and replaced and got a warranty. Furnaces and Boilers generally aren’t as bad.

This is a rather timely thread, because I’m in pretty much the exact same boat as the OP. The extreme cold weather in much of the country made me think about how much it would suck to have the furnace break, which made me realize mine is 18 years old (When I bought the house the home inspector I hired said it was from 2003. My problem is that I still don’t think of 2003 as all that long ago until I do the math). So assuming a service life of 15-20 years, it’s getting pretty close to the end of that range. Both the gas furnace and central AC still seem to work, and like the OP I also dislike replacing things before they are “used up”. But it would also really suck to have the AC break down in the middle of a Sacramento heat wave.

We had the A/C die and managed to have both replaced in the Spring with mild weather. I didn’t do the measurements I learned in a college engineering course, and wish I had selected a larger A/C.

Our energy use is pretty low. Our main concern is reliability/peace of mind.

The central heat/air system in my house was originally installed in 1975. I bought the house in 2003. The first time I had it serviced, the tech marveled at how well maintained it was and I had it checked and cleaned twice a year. I decided to just let it go on until the end. The furnace lasted until 2015 - 40 years old! But, of course, it died when the low temp that night was going to be 12. I got it replaced through the service company the next day. I went ahead and replaced the A/C at the same time after thinking how it would probably die when it was 100 degrees. But I don’t regret getting as much life out of that system as I could.

I got top-of-the-line replacements because I don’t ever plan to sell the house. But I have no illusions that I will get even half the life of the original.