When was the last time you were in an adult bookstore?

Drove approx 35-40 miles on a major state route that varies between an expressway & a 5-lane (center turn lane) road with lots of retail, every thing from two indoor mall to strip malls to bowling alleys to 2 or 3 motorcycle & a few auto, truck, & boat dealerships to restaurants of all types & a 45 mile speed limit in most of the ‘slow’ sections. Included in all of the retail are four stand-alone adult bookstores. With all of the free &/or paid porn available on the web, along with the ability to buy toys either at house parties or on the web I was surprised that there were so many of them on one road & how they all stay in business.

When was the last time you made a purchase in an adult store?
Me, I don’t remember but I know the interval is measured in years.

There were windows between the booths so you could watch your neighbors doing their thing. I guess that’s something you can’t get online.

Earlier this year inventing the Bingo-dauber-dong as a gift for a friend.

Don’t ask. Strange story. And I may want to use it some day for opening up the MMP.

Couple years but it was for toy related reasons, not viewing material. There’s one sort of near me that always seems busy but I guess it’s for the viewing booths. I’ve never been in such a booth and I’m okay keeping it that way. Odd thing is that according to an online review (hey, I was curious about the full parking lot), there’s only one “buddy booth” with connecting windows and the rest are just singular experiences. Maybe they’re going into there two at a time or something.

I don’t think I’ve ever been in one. This is definitely an internet type of thing for me.

I was surprised that there were so many of them on one road & how they all stay in business.

I think most of them aren’t staying in business. I can remember when there were over a dozen adult bookstores in Rochester. I believe there are now only two that are still in business.

Goodness, I just realized that it was almost 20 years ago!

An adult bookstore had opened near one of the lunch spots my office friends and I went to. One of the office pals was a very sheltered young woman. We HAD to take her there.

Buying my own toys these days is an interweb activity…

I didn’t buy anything but the last time I was in one was a little over a month ago after my brothers wedding. I was out with a bunch of my cousins and my uncle. We were all drunk and one of them wanted to go.

Born in '83. Never been. I associate them with Taxi Driver and Midnight Cowboy-style seediness.

An adult bookstore had opened near one of the lunch spots my office friends and I went to. One of the office pals was a very sheltered young woman. We HAD to take her there.

Female version of this? 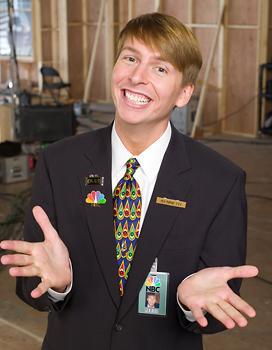 About 8 years ago. I needed some equipment for the dungeon in our attic. They didn’t have it.

A couple of years. I was looking for old issues of Private magazine, from the time before tattoos became mandatory.

I went by the Harvard Bookstore and picked up a few books on theoretical physics.

Never been in one, but, on my trip through Wisconsin a few weeks ago, noticed that there were quite a few to be found along the interstates in that state. For all the lonely truckers, I guess.

Yep. Not since the internet came along!

I go about once a year. Usually I just get lube, but sometimes I’ll get toys too, depending on who I’m with.

I’ve ordered those things online once before, but the company wouldn’t quit sending me catalogs/offers, so I never ordered again. They sent me catalogs for more than five years after that one order, at least one a week.

I don’t kayfabe well, so direct interactions (e.g., peep booths) hold no appeal to me.

Oh, well, I wouldn’t buy anything like that over the internet. Paper trail. Some people might say cash also has a paper trail, but if it does, it’s a lot harder to follow.

They sell books at adult bookstores? I never would have guessed.