Where north of Chicago to view meteor shower after midnight?

A couple night-owl friends and I are thinking of driving north of the city the morning of the 13th to view the meteor shower. But we have no idea where to go. Anyone know of a good spot we can park and hang out for a couple hours, say between 1-3am, that won’t have police or security moving us along?

I was thinking of heading either toward Long Grove or Lake Forest.

Wouldn’t the radiant of the shower be toward the east at 1-3 AM? I’d think somewhere unbusy along the lakeshore could work well for that, since everything east of you would be Lake Michigan and therefore extremely dark. Find a public park or straight-up unlit field somewhere between Chicago and Wisconsin on the lakefront and set up some lawn chairs.

Hadn’t thought about the direction we’d be looking in for the shower. I think we’ll be heading for Lake Forest since it’s the least dense area that’s not too much of a road trip. Maybe just keep eyes peeled for inviting public areas, it’s just that as far as I know, parks/forest preserves/beaches all close at sunset. So we could get kicked out at any time and have to find somewhere else, which isn’t really the most fun.

I haven’t pestered my friend with the sailboat at Montrose Harbor yet. It’s a work night for her, but… maybe. Right now I have three of us for sure, but could be four. Debating on taking the Rav4 or the Altima for the trip.

One bump in case there are any local stargazers out there who are in the know about good spots to go. We might just trek up to the Illinois state beach park.

I’ve got no specific knowledge of Chicago, nor any about where the local stargazers go. I have, instead, used dark sky maps to find places. Here’s one, and another.

Then, I just try to find something like a state park that either doesn’t have a gate across the entrance, or where you can park by the side of the road and walk to an open space.

Are you willing to go further west?

We’re limited to about an hour’s travel. With that, looking at the dark sky maps, we’re in just as much light pollution if we go north along the lake to Zion where we can hang at the beach as we are if we go anywhere else. The State Park in Zion is right on the border of red/dark red, and an hour or more in other directions still has us in the red.

Now I’m wondering if we’ll be able to see the shower. My cousins have a farm southwest of Chicago, but by the light map they’re still in the red. So I’m not sure what to make of it, because last time I traveled out there at night it seemed inky black to me (very citified!), to the point I was nervous traveling the totally unlit roads out there - so dark to me!

There are four of us for sure, all confirmed and leaving at midnight. We still have a week to figure out where!

A search on “chicago perseids 2015 viewing” turned up lots of information from prior years, with dates closer to the actual event. So media attention may pick up in a few days time.

Meanwhile – this amateur astronomy board thread will probably have more traffic soon, too: 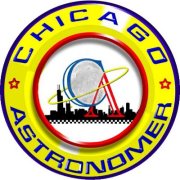 I had to work Wednesday night, but managed to see a couple of meteors in the parking lot on my break around 1:00 AM (Thursday). Both were fast and short, but the first was about 2nd magnitude, east

Adler Planetarium is having its annual pay-to-view party:

Thanks for the links! I looked at the Planetarium event at Cantigny, it’s way early - we want to view the peak at 3am for sure. Though, if the shower is visible from Cantigny, it will be fine in Zion for sure then, so that helps to know! Looks like we’ll be a party of 5 now. Any more and we’ll have to switch to a van.

WBEZ’s weekly Curious City just did this a few weeks ago.
Here it is:
http://www.wbez.org/series/curious-city/star-light-too-bright-112452
Check those Bortle numbers!

Is your friend with the boat still an option?

My aunt and uncle in Bristol have volunteered their backyard. It’s a little longer than an hour drive, even in the wee morning, but it will work!

I’d suggest the UP. Two advantages, not many cities and it’s not Chicago.

Uh, yeah. That’s just an hour drive at midnight. Thanks for the very helpful suggestion.

Sorry, I couldn’t resist. I have been to the UP though and it was very dark.