Who was the most wronged person in history

To qualify they would have had to

There are a very great many people who would meet this description, and no objective way to judge which one was “more wronged” than another. Moving from GQ to IMHO.

How recent are we talking here? 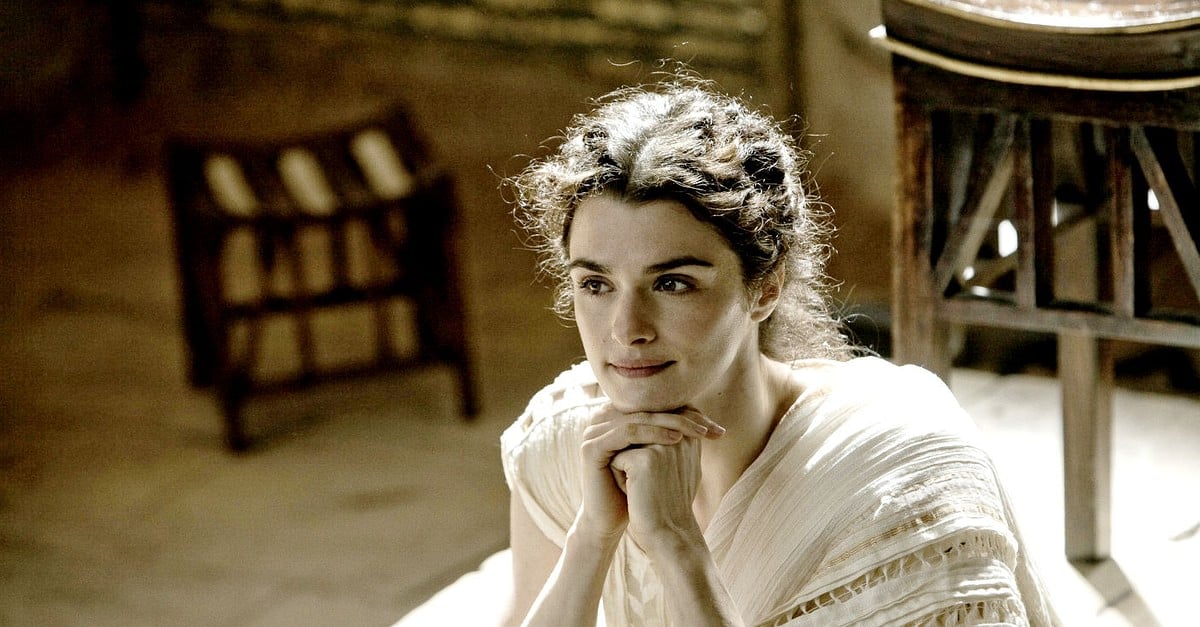 Hypatia of Alexandria (c. 370 CE - March 415 CE) was a female philosopher and mathematician, born in Alexandria, Egypt possibly in 370 CE (although some scholars cite her birth as c. 350 CE). Little...

Little is known of her life but her dramatic death at the hands of Christian fanatics is well-documented.
She was the daughter of the mathematician Theon, the last Professor at the University of Alexandria, who tutored her in math, astronomy, and the philosophy of the day which, in modern times, would be considered science.

Wow, that is exactly what I considered posting when I read the OP.

Another item that needs clarification from the OP:

Some people in history do deserve to be wronged forever, as their ideas caused a lot of harm besides being wrong. 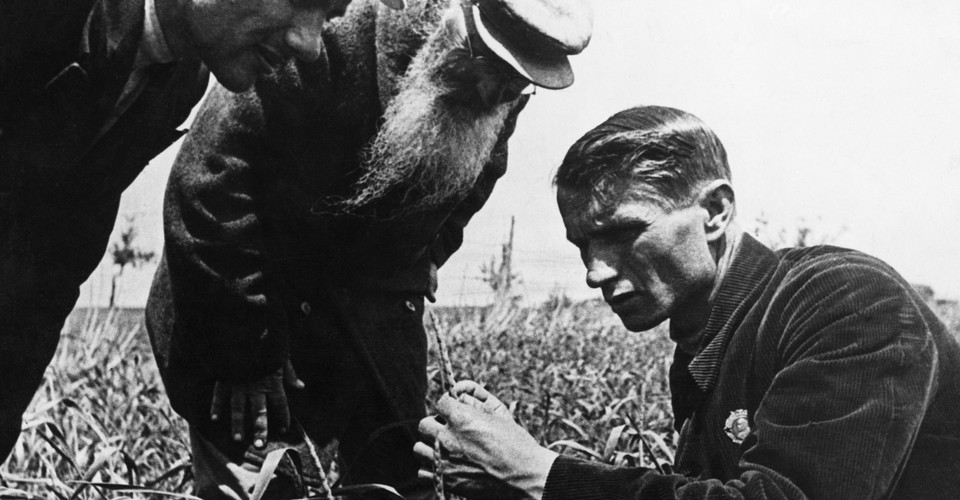 The Soviet Era's Deadliest Scientist Is Regaining Popularity in Russia

Trofim Lysenko’s spurious research prolonged famines that killed millions. So why is a fringe movement praising his legacy?

Are you looking exclusively for people that did not deserve to be wronged?

I suppose Socrates is well past the statute of limitations of “recent history”.

Job, as I recall, got a pretty raw deal too.

Are you looking exclusively for people that did not deserve to be wronged?

One of the OP’s criteria is:

So Trofim Lysenko is right out.

And he was eventually fired and disgraced, but he definitely didn’t pay for it with his life, and a lot of people did (and some still do) believe his side, so he also fails OP’s first two criteria.

On the other hand, “completely normal person” would seem to rule anyone famous enough for us to know about how they were wronged, so I’m not quite sure what OP is looking for.

“Nobody has ever been wronged as much as me!”
–You know who.

Yes, the ones who caused no harm to anyone directly or indirectly.

Undoubtedly not the most wronged person in history, but Catherine O’Leary, an Irish immigrant who lived in Chicago in 1871, was widely blamed at the time for starting what became the Great Chicago Fire, when her cow allegedly kicked over a lantern.

The newspaper reporter who wrote the story admitted, decades later, that he made the entire thing up, but O’Leary and her family became scapegoats for the devastating fire, and she spent the rest of her life being blamed and harassed over it. Catherine "Cate" O'Leary (née Donegan; March 1827 – 3 July 1895) was an Irish immigrant living in Chicago, Illinois, who became famous when it was alleged that an accident involving her cow had started the Great Chicago Fire of 1871. Born Catherine Donegan, she and her husband, Patrick O'Leary, had three children, one of whom, James Patrick O'Leary, ran a well-known Chicago saloon and gambling hall. On the evening of October 8, 1871, a fire consumed the O'Leary family's barn at 137 DeKoven Stree...

Ignaz Semmelweis should probably be on the short list: Ignaz Philipp Semmelweis[A] (German: [ˈɪɡnaːts ˈzɛml̩vaɪs]; Hungarian: Semmelweis Ignác Fülöp [ˈsɛmmɛlvɛjs ˈiɡnaːts ˈfyløp]; 1 July 1818 – 13 August 1865) was a Hungarian physician and scientist, now known as an early pioneer of antiseptic procedures. Described as the "saviour of mothers", Semmelweis discovered that the incidence of puerperal fever (also known as "childbed fever") could be drastically cut by the use of hand disinfection in obstetrical clinics. Puerperal fever was common in mid

Before the germ theory of disease and Lister’s work on antisepsis was fully recognized, Semmelweis figured out that doctors were causing untold suffering and death by attending births after examining corpses.

Unfortunately, he couldn’t quite figure out the actual mechanism, and we now know that some of his ideas about the causal mechanisms were badly wrong. But his data on maternal and infant mortality in wards where the attending physicians regularly examined corpses vs. wards where births were attended by midwives (who didn’t handle corpses) were unassailable. Or should have been. He definitely got assailed.

He wasn’t wholly without support, but by and large the medical establishment rejected his findings, he was roundly criticized and mocked, and eventually had a nervous breakdown. Or at least his colleagues claimed that he did*, and had him involuntarily committed to an asylum, where he was beaten by guards and died 14 days later.

*It’s certainly entirely plausible that he really did have a nervous breakdown: he definitely was under a lot of stress, between the unrelenting criticism, mockery and ostracism from many of his colleagues on the one hand, and his knowledge that thousands of women and infants were unnecessarily dying every year because those colleagues wouldn’t listen to him on the other hand. But there’s been speculation ever since that his colleagues had him committed just to shut him up.

Maybe not most wronged, but Mary Wollstonecraft perhaps deserves an honorable mention for most ironic. A brilliant and complex woman, Wollstonecrafts legacy was tainted for centuries by a memoir her widowed husband apparently published as a sincere homage to her life. His open discussion of his late pre-marital wife’s affairs , illegitimate child, and heterodox views was too shocking for anyone to look past.

She’s more remembered today as the mother of Mary Shelly, but was extraordinary in her own right.

Alfred Dreyfus is a candidate.

As a French Army captain, he was framed for treason (passing military secrets to Germany) and sentenced to life imprisonment on Devil’s Island, later pardoned but only after his health had been severely affected. He was ultimately exonerated after a military coverup was exposed and the true traitor identified. Dreyfus survived an assassination attempt when he was shot by a right-wing journalist, eventually returning to the Army and serving in WWI. Alfred Dreyfus (/ˈdreɪfəs/ DRAY-fəs, also US: /ˈdraɪ-/ DRY-, French: [alfʁɛd dʁɛfys]; 9 October 1859 – 12 July 1935) was a French artillery officer of Jewish ancestry whose trial and conviction in 1894 on charges of treason became one of the most controversial and polarizing political dramas in modern French history. The incident has gone down in history as the Dreyfus Affair, the reverberations from which were felt throughout Europe. It ultimately ended with Dreyfus's complete exoneration. Bo...

I don’t think his family ever abandoned him though.

Burned at the stake for witchcraft. May have been a lousy priest, but probably not in league with Satan. Probably killed because he ticked off Cardinal Richelieu.

Subject of Aldous Huxley’s novel The Devils of Loudun

Played by Oliver Reed in Ken Russell’s film The Devils

On the other hand, “completely normal person” would seem to rule anyone famous enough for us to know about how they were wronged

Probably somebody who got tossed into the sea on the Middle Passage, or something of the sort; and who we’ve never heard of, and never will.

And as for “recent history”: most likely somebody now in an unmarked grave somewhere, who nobody’s looking for, and again who we’ve never heard of and never will.

The first person I thought of was Richard Jewell.
https://en.wikipedia.org/wiki/Richard_Jewell

I’m not quite sure I believe all the tall tales about the fella, but there’s this guy named “Jesus” who’d fit that description pretty well.

There was a 13yo girl who’s dad thought she would enjoy starring in a music video as a birthday present, so he set it up, got it done, only to have his teenaged daughter literally dragged by the entire Internet… including, to our shame, us… when it was released.

Just a diminishing moment for all of us. 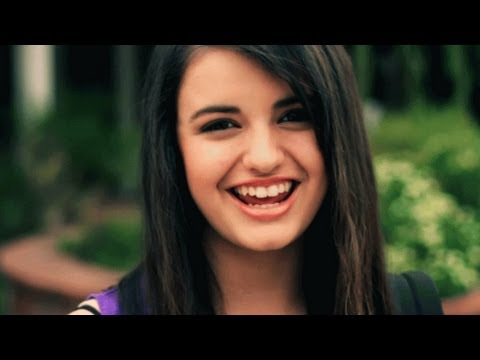 How about all the women accused of witchcraft in Salem?