Why did plants evolve to be green?

I chemically why plants are green: they are green because of chlorophyll. But, my question is why did plants evolve that way in the first place? What sort of advantage would early plants have to become green over any other color?

The advantage of chlorophyll is that a plant can create more food.
Plants that were better able to produce chlorophyll must have had a competitive advantage.
It isn’t any more complex than that (unless I’m misunderstanding your question)

If I understand your question correctly, the book "Eating the Sun: How Plants Power the Planet" would be of interest to you. I remember enjoying it.

I wanna say I have a vague memory that wavelengths in what we perceive as “green” carry the most energy? or that it’s easier to convert to energy?

But again, the vaguest of vague guesses. Taking a stab that this might possibly hold a clue to the answer (or knowing this place, generate some weird hijack) but keep in mind that plants have lots of other pigments.

That’s why we see brilliant autumn colors - the pigments that were always there anyway are no longer masked by the chlorophyll and are now visible.

Pretty sure that is correct. The color is best to absorb the sunlight energy. But it is not really the color of the plant. It is the reflected color. So not the color wavelength it is best absorbing. Kind of an awkward way to say it.

These are all succulents indigenous to parts of Southern Africa: 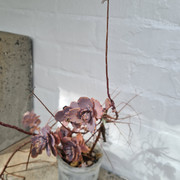 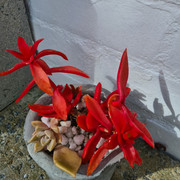 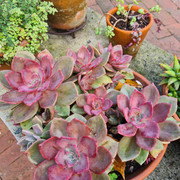 The red plants have chlorophyll that absorbs the red and blue light, but also have red anthocyanins, probably to protect the plant from the harsh summer sun (these plants typically originate in scrub desert).

Chlorophyll reflects the green wavelengths of light, hence, plants are green. They actually use other light wave lengths to photosynthesize, not the green ones.

Chlorophyll is not the only pigment used in photosynthesis. See here. Some are present in sufficient abundance to change the color of the plant, which is why red algae are red (they still use green chlorophyll for photosynthesis). Some plants have a lot of these pigments that can be protective against too much sunlight. As to why green plants dominate… well, they’re the ones that won the evolutionary contest.

As a slight aside, I once attended a church service where the priest suggested that because scientists had found that the most calming colour is green, and nature is mostly green… therefore god!

Even to my 11 year old mind this reasoning seemed a little faulty.

If you right-click on an image and select “open image”, it should isolate the picture in its own page. Copy the url, and paste it: 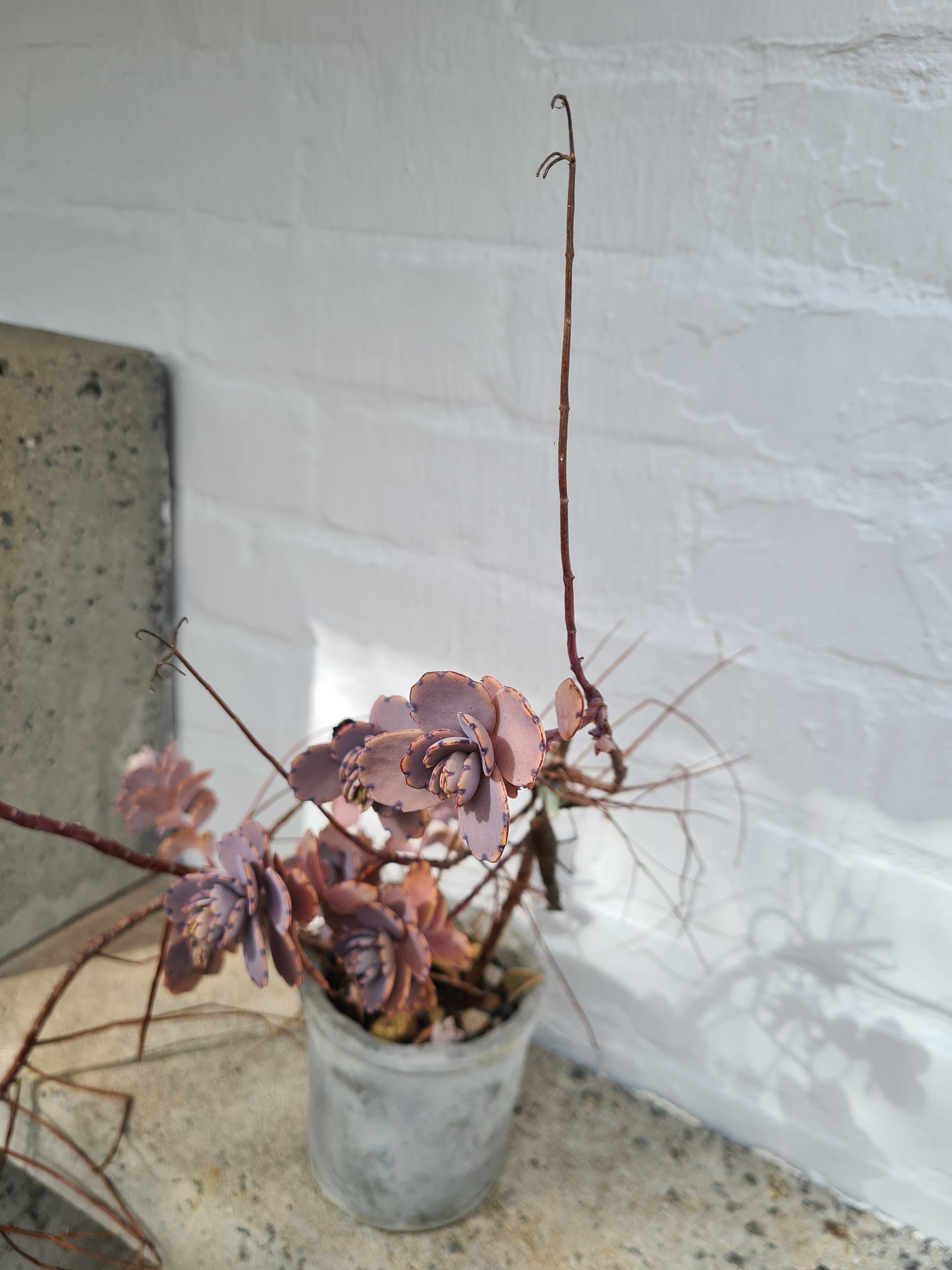 Earth’s early conditions changed as a result of blue-green algae and other colors first changing the conditions of the atmosphere and water before green algae developed and dominated. I’m not quite old enough to have been there so perhaps someone older or who has studied the subject could fill in the details.

What sort of advantage would early plants have to become green over any other color?

None. The bacteria first evolved solar power ( I mean , using light photons to provide energy… ) for various reasons … and not to make them green or chlorophylls photosynthesis… the solar power system evolves into chlorophyll later…

“While we often talk about the evolution of photosynthesis as if it were a concerted process, it is more useful to consider the evolution of various photosynthetic subsystems, which have clearly had distinct evolutionary trajectories. In this brief review we will discuss the evolution of photosynthetic pigments, reaction centers (RCs), light-harvesting (LH) antenna systems, electron transport pathways, and carbon fixation pathways. These subsystems clearly interact with each other, for example both the RCs and antenna systems utilize pigments, and the electron transport chains interact with both the RCs and the carbon fixation pathways. However, to a significant degree they can be considered as modules that can be analyzed individually.”

As for why chlorophyll has settled on green …

well he reckons its due to the better utility of the red and blue light. 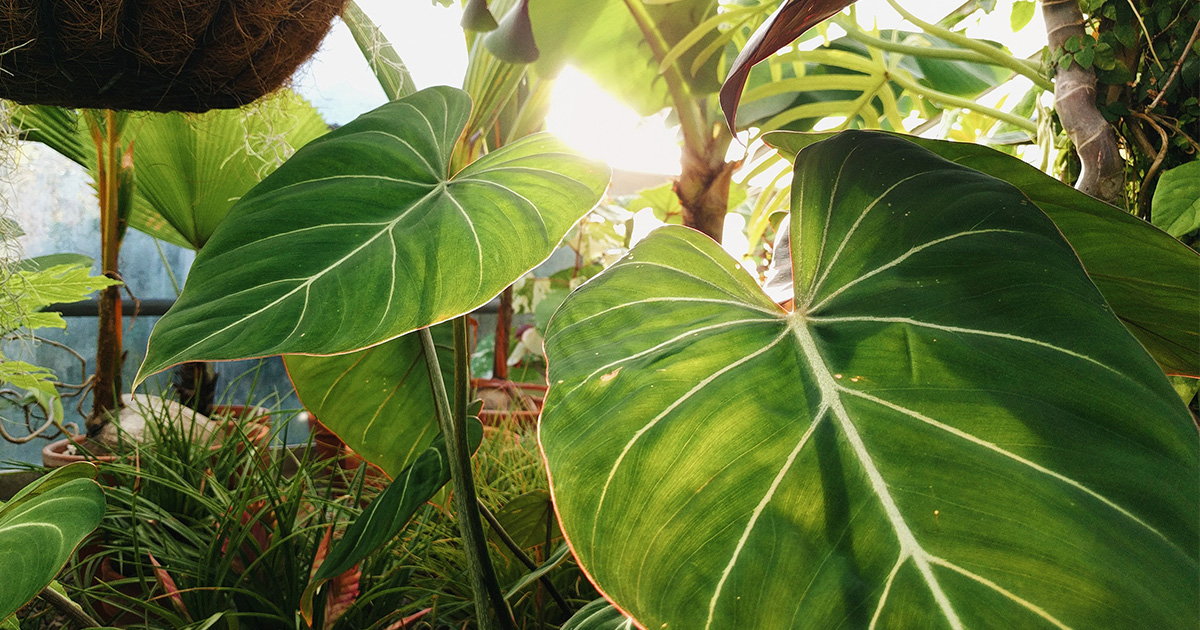 Why Are Plants Green? To Reduce the Noise in Photosynthesis.

Plants ignore the most energy-rich part of sunlight because stability matters more than efficiency, according to a new model of photosynthesis.

I wanna say I have a vague memory that wavelengths in what we perceive as “green” carry the most energy? or that it’s easier to convert to energy?

Yes, which is precisely why it’s surprising that chlorophyll is green. The color we see to a substance is the wavelengths that it’s not absorbing.

As for why, all of the other pigments used in photosynthesis, despite their more favorable colors, are less efficient for other reasons. It’s probably chemically possible to have a pigment that doesn’t have those other reasons, and is even more efficient than chlorophyll by virtue of having a better color, but that other pigment just happened to never in the planet’s history see a mutation that produced it, and so natural selection never got a chance to work on it.

There’s a bit of debate about this, but it seems likely that the Earth was purple before it was green. A lot of researchers believe that most early plants and photosynthetic microbes were based on retinal instead of chlorophyll. Over time, chlorophyll based plants eventually won the evolutionary race, and the world changed from purple to green.

The link that @Isilder provided above is the first time that I have seen a decent explanation about why chlorophyll won out over retinal (basically, stability beat efficiency).

As a slight aside, I once attended a church service where the priest suggested that because scientists had found that the most calming colour is green, and nature is mostly green… therefore god!

Even to my 11 year old mind this reasoning seemed a little faulty.

That was something that was also told to a young Christopher Hitchens (clearly it used to be a theological stock answer) and he too found that sadly lacking as an answer.

There’s also this major event in the biosphere’s history:

The Great Oxidation Event (GOE), also called the Great Oxygenation Event, the Oxygen Catastrophe, the Oxygen Revolution, and the Oxygen Crisis, was a time interval when the Earth's atmosphere and the shallow ocean first experienced a rise in the amount of oxygen. This occurred approximately 2.4–2.0 Ga (billion years) ago, during the Paleoproterozoic era. Geological, isotopic, and chemical evidence suggests that biologically-produced molecular oxygen (dioxygen, O2) started to accumulate in Ea