On the computer, I have one application (aka “program”, “executable”), a web browser, that suffices for any and all web sites I choose to point it at.

When smartphones came onto the scene, “apps” were made available by the proprietors of those various sites. At the time, I assumed it was because web sites were generally not optimized for display on a cell phone sized screen.

But at this point, most of the web-world has been redesigned with cell phone traffic in mind (and it’s annoying, btw).

Cell phones have a clumsy interface for selecting and launching an app, once you’ve got a zillion or two of them; correct me if I’m wrong, but isn’t it a PITA to scroll through page after page of those apps looking for the one you want to launch? They don’t seem to be in alphabetic order and you can’t create useful categorical folders to put them in or anything like that, right? (Whereas you’d be able to do that with a Bookmarks or Favorites menu in a web browser)

Also, the apps take up room. Are they generally so small that they’re the equivalent of a photograph, or do they eat up available storage space in a meaningful way?

TL/DR summary: why don’t cell phones (and their users) just use a web browser instead of that huge armada of site-specific apps?

TL/DR summary: why don’t cell phones (and their users) just use a web browser instead of that huge armada of site-specific apps?

That’s exactly what I do. I’ve always assumed the role of the bastard little apps was to spy on my life for the purpose of monetizing me. So I won’t play.

Note that:
Report: Smartphone owners are using 9 apps per day, 30 per month 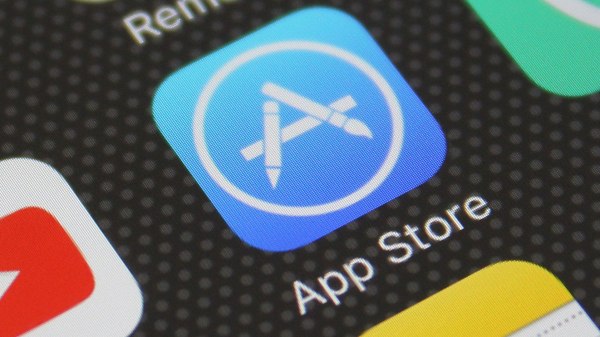 Smartphone users are spending more time in apps than in years past, and now access over 30 apps on a monthly basis, according to a new report from App Annie out this week. These 30 apps work out to being roughly one-third to one-half of the apps...

Thus people are using them only for their most visited sites; so they might use apps for Amazon and Facebook…, but not for most of the other hundreds of sites they visit in a year.

Part of the reason is historical–early smartphones were underpowered–and thus browsers were sluggish.

Naturally sites like to push them as it makes it more likely the user will visit their site rather than alternative sites the user doesn’t have an app for.

You can organize apps into folders on a smartphone, at least on the ones I’ve had. There’s also an app drawer which has all of your apps in alphabetical order. You can launch apps from there. You can also rearrange apps into any order you want on your homepages. Also, you can view websites as they would appear on a desktop. I use apps mostly as a convenience, as you don’t have to go to the website. Also, many apps let you do things you can’t on the web. For example, my bank’s app lets me deposit checks by taking a picture of them, then uploading them to the bank. My car insurance app serves as proof of insurance in my state, as it has a copy of my insurance card. Also, most apps don’t use the web in any way, such as games, calculator apps, photo processing apps. They’re more like programs than they are web applications.

Cell phones have a clumsy interface for selecting and launching an app … They don’t seem to be in alphabetic order and you can’t create useful categorical folders to put them in or anything like that, right?

Yes you can. The home screens are where you create links to the apps you frequently use. The “all apps” screen can be sorted in alphabetical order. You can make folders in both places. At least on more recent versions of Android.

Apps can have a lot more access to hardware features on your phone (if the user chooses to grant access) - notifications, fingerprint scanner, camera, bluetooth, accelerometer/gyro, local storage etc. A banking app may allow fingerprint login while a banking web site would not.

Because if you add their app, they can keep track of your better. It has nothing to do with web browsing or a better experience, and everything to do with the business figuring out ways to make you buy more from them.

For example, my bank’s app lets me deposit checks by taking a picture of them, then uploading them to the bank.

Capital One bank went the opposite direction. They had a convenient option on their web site to upload an image of a check you wanted to deposit (whether you made it on a scanner, with your camera, or whatever). Then they eliminated that option and now you can make deposits ONLY with their smartphone app. You can’t make deposits from your laptop or on their web site.

Because if you add their app, they can keep track of your better. It has nothing to do with web browsing or a better experience, and everything to do with the business figuring out ways to make you buy more from them.

The entire philosophy of business in America is to maximize profits. The customer is just a pawn.

Yes, your smartphone may be spying on you – but not how you suspect

Think your smartphone is spying on you? Researchers at Northeastern University looked at 17,260 Android apps and found evidence of a few that were snooping, but not in the way users have speculated.

So what? Every app tracks “metrics.”
That doesn’t mean what R.C. said - that the only reason to have an app is tracking.
Remember, websites can track just as well.

You cited a news article which indicates that, out of thousands of applications surveyed on the Google Play Store, only a tiny number engage in screen shot-based tracking, and present that as a cite that the main reason native apps exist is to track user behavior.

Beyond the conspiracy theory answers, any user behavior tracking or data collection that can be performed in a native app can be performed on a website. Even moreso if it was desired, because web pages are not subject to app store policies and review.

The actual answer to the OP is that native apps allow more functionality than a web app, and consumer expectations drive demand for vendor-specific apps even if that app’s functionality could be distilled down to a web site.

Among other features, native apps can use platform push notifications, access persistent local storage, integrate with other apps, have higher performance than browser-based apps, and offer more control over app design than what is available in a browser.

Beyond the conspiracy theory answers, any user behavior tracking or data collection that can be performed in a native app can be performed on a website. Even moreso if it was desired, because web pages are not subject to app store policies and review…

Websites are more restricted than apps. Because browsers are sandboxed. For example, our App is an app, because it does things that couldn’t be done by a website.

The other reason is to optimise the backend. Our IOT backend only ever has one user at a time, but even so it’s easier to put the display interface in the App, and not run a web server at the backend. That’s still an issue when you have thousands or millions of users.

This is it. I’m involved with a conference with a nice website, but the website is very difficult to use on a phone, being designed for a laptop screen or bigger. We use an app which has features that attendees need at the conference, with fonts big enough to be easily visible.
We don’t have anything fancy like location, but that isn’t something you can depend on in a browser.
You can also eliminate stuff that someone on a phone is unlikely to want to access.

It’s much harder for end users (if not impossible for most people) to block ads in a native app than in a web browser. Gotta make sure the users are fully monetized to satisfy the actual customers, the advertisers.

Sizing, certain things you do with your website may not be scaled properly with a phone’s webbrowser. I have an instant messaging chat system I made for my website, and the reason why I had to program and different chat in a different language is because on the phone’s webbrowser even in desktop mode people were just having a hassle trying to zoom in and scroll, it was just real clunky and drove people away from using the IM system.

Edit: Yeah you could make a mobile version, but it’s better to just make an android app. Easier to use, and more people will use it.

The entire philosophy of business in America is to maximize profits. The customer is just a pawn.

I prefer Apps on iOS because they they appear to be better isolated from each other (sandboxed) than web pages/sites. So, the Facebook App cannot track what the Amazon App has been displaying to me.

I also tend to log out of websites to limit their tracking but leave Apps logged in (but either close them or restrict their background activity when finished).