Why does the media portray mass shooters as mostly white men?

TIL that a majority of mass shooters are black. I was genuinely shocked. Is this being largely ignored by the media out of political correctness, or because of a lack of concern for black victims? 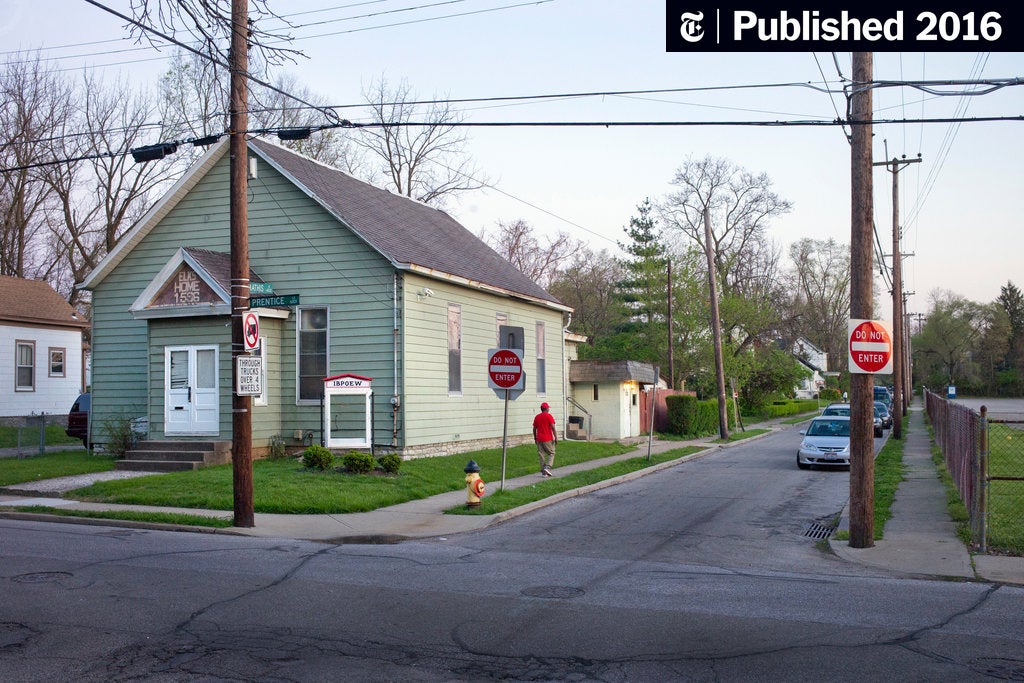 A Drumbeat of Multiple Shootings, but America Isn’t Listening (Published 2016)

Most shootings with four deaths or injuries are invisible outside their communities. And most of the lives they scar are black.

cant read NYT. Can you summarize?

cant read NYT. Can you summarize?

How about some excerpts?

Seeking deeper insight into the phenomenon, The New York Times identified and analyzed these 358 shootings with four or more casualties, drawing on two databases assembled from news reports and citizen contributors, and then verifying details with law enforcement agencies.[…]

Where motives could be gleaned, roughly half involved or suggested crime or gang activity. Arguments that spun out of control accounted for most other shootings, followed by acts of domestic violence.[…]

Over all, though, nearly three-fourths of victims and suspected assailants whose race could be identified were black. Some experts suggest that helps explain why the drumbeat of dead and wounded does not inspire more outrage.
“Clearly, if it’s black-on-black, we don’t get the same attention because most people don’t identify with that. Most Americans are white,” said James Alan Fox, a professor of criminology at Northeastern University in Boston. “People think, ‘That’s not my world. That’s not going to happen to me.’ ”[…]

About a third were provoked by arguments, typically drug- or alcohol-fueled, often over petty grievances.[…]

Another third of the 358 cases — and the most common in cities with more than 250,000 residents — were either gang-related or were drive-by shootings typical of gangs.
But the police and prosecutors say many of those were not directly linked to criminal activity, such as a dispute over a drug deal. More often, a minor dust-up — a boast, an insult, a decision to play basketball on another gang’s favorite court — was taken as a sign of disrespect and answered with a bullet, said Andrew V. Papachristos, a Yale University professor who studies gang behavior.

Over all, two-thirds of shootings took place outdoors, endangering innocent people. More than 100 bystanders, from toddlers to grandparents, were injured or killed.[…]

Ali-Rashid Abdullah, 67 and broad-shouldered with a neatly trimmed gray beard, is an ex-convict turned outreach worker for Cincinnati’s Human Relations Commission. He or his co-workers were at the scenes of all five of Cincinnati’s shootings with four or more casualties last year, working the crowds outside the yellow police tape, trying to defuse the potential for further gunfire.
They see themselves as stop signs for young black men bound for self-destruction. They also see themselves as truth-tellers about the intersection of race and gun violence — a topic that neither the city’s mayor, who is white, nor its police chief, who is black, publicly addresses.
“White folks don’t want to say it because it’s politically incorrect, and black folks don’t know how to deal with it because it is their children pulling the trigger as well as being shot,” said Mr. Abdullah, who is black.

There is a huge difference between mass shooters and gang violence, which seems to be what your article is describing. I suggest this is why blacks are not associated with mass shootings in the media and in social perception.

There is a huge difference between mass shooters and gang violence, which seems to be what your article is describing. I suggest this is why blacks are not associated with mass shootings in the media and in social perception.

That’s right. “Mass shooter” evokes the guy in the Las Vegas hotel window, shooting down at concert-goers, or the disgruntled worker, working his way through his office building.

And those have overwhelmingly been white guys.

Without having read the NYT article; I can say, it depends on how you define mass murder. This article from the Center for Inquiry says

Familicides represent the most common form of mass murder and are principally defined by a close victim-offender relationship. Perpetrators are typically White, middle-aged males who target their spouse or intimate partner, children, and other relatives (Fridel 2017, 3).
** Felony killings** are distinguished by motive. Murder is used to achieve some primary criminal objective, typically involving financial gain. … Due to their general lack of sensationalism, felony killings are not widely publicized despite representing the second largest category of mass murder. Perpetrators of felony mass murders tend to be young black or Hispanic males with extensive criminal records (Fridel 2017, 7).
Despite their extreme visibility, public mass killings account for the smallest proportion of all mass murders. Formally, these incidents are defined by attack location. Public mass killers are a heterogeneous group and are frequently delineated into several subtypes. Public murderers are often stereotyped as middle-aged white men who have suffered a series of failures in different areas of life, though some research indicates a disproportionate number of immigrants commit public massacres (Fridel 2017, 5). These public mass shootings are what most people (wrongly) consider as typical of mass shootings.

So, I think you may be on to something. The mass murders that seem to catch the public’s eye and thus more media attention are the ones that seem random and therefore more sensational, and are committed more often by whites. Felony mass murders do get plenty of attention, however, they just seem to be viewed as a part of the crime problem that seems to be plaguing this country. Not a separate and sensational outlier.

My reading of the article above acknowledges that yes, black people are responsible for most ‘mass killings’ but they come under the category of felony killings. Total mass killings by blacks are 37% (family, felony and public)

White people are more highly represented in the family and public killings, and are responsible for 40.06% (family, felony and public combined).

This is not an analysis of what most people would describe as “mass shooters”, which I think are incidents with more deaths. The NYT looked at 358 shooting incidents in 2015 where there were 4 or more casualties (not deaths), including the initiating shooter (462 dead, 1330 injured).

…The shootings took place everywhere, but mostly outdoors…Where motives could be gleaned, roughly half involved or suggested crime or gang activity…The typical victim was a man between 18 and 30…average age was 27…Most of the shootings occurred in economically downtrodden neighborhoods…39 domestic violence shootings, and they largely involved white attackers and victims. So did many of the high-profile massacres…Over all, though, nearly three-fourths of victims and suspected assailants whose race could be identified were black

The relatively recent “mass shooting” phenomena typically refers to the mass killings done for reasons of ideology or rage at society (or some aspect of society). Not gang violence.

MC, look at my excerpts. Most of the killings are classified as not being part of a crime but rather are ginned up by arguments and perception of petty slights, fueled in part by social media.

That’s right. “Mass shooter” evokes the guy in the Las Vegas hotel window, shooting down at concert-goers, or the disgruntled worker, working his way through his office building.

And those have overwhelmingly been white guys.

Not overwhelmingly. from that same article i quoted
Its 49% white to 31% black for public shootings.

The relatively recent “mass shooting” phenomena typically refers to the mass killings done for reasons of ideology or rage at society (or some aspect of society). Not gang violence.

You seem to be cherrypicking criteria to keep the mass shooter profile white. If a mass shooter belonged to the KKK, would you also not count it? :dubious:

And only a third of these shootings were associated with gangs anyway.

SlackerInc I think both our cites are saying primarily the same thing.
I’m on my way out the door so I cant continue this debate right now, sorry. i’ll check back later.

Not overwhelmingly. from that same article i quoted
Its 49% white to 31% black for public shootings.

And even there, the black shooters are nearly three times the proportion that African Americans make up of the overall population.

You seem to be cherrypicking criteria to keep the mass shooter profile white. If a mass shooter belonged to the KKK, would you also not count it? :dubious:

And only a third of these shootings were associated with gangs anyway.

KKK/white supremacists mass shooters act for ideology – which was one of the categories in my post. That’s different than street crime (which includes but is not limited to gang violence – I shouldn’t have limited it to gangs).

Street crime has always been around. There’s nothing new about those shootings. The “new” type of shooting (which isn’t exactly new but has become far more common in the last 20 years or so) isn’t for reasons of crime (personal gain, or covering up for personal gain, or reprisal killings associated with criminal activity, etc.), but for reasons of rage at society – for ideological reasons, or for some feeling of personal aggrievement, or both.

You seem to be cherrypicking criteria to keep the mass shooter profile white.

You’re the one who introduced the “mass shooter” concept without defining it precisely; and then linked to an article that notably does not use the term, since it is not analyzing what most people think of as “mass” shootings. Leading to many responses questioning that aspect of your OP - that’s entirely on you.

Nobody’s denying that a disproportionate number of black people are the perpetrators and victims of gun violence overall. So what, exactly, is your point?

This really shouldn’t be surprising. Sad as they are, and sad as it is, street crime killings, even with multiple victims, are not usually considered big news. “Mass shootings” – this relatively new phenomena (in frequency) that is generally an angry young male outcast shooting a bunch of people (sometimes strangers or sometimes school/work acquaintances), either for ideological reasons (race/ethnic/etc. hatred) or for personal feelings of grievance, or both (like incels), are big news (though a lot less big than 20 years ago, considering their frequency).

This really shouldn’t be surprising…

It’s analogous to occasional airplane crashes being big news, while a vastly greater number of car crashes go unreported precisely because they are so common; while the latter kill far more people in aggregate.

Further – it’s big news, I think, because it’s so pointless. There’s no obvious reason for it – no drugs/money/valuables to steal, or rival gang to intimidate, or witnesses to silence… just white-hot, unfocused but murderous rage. It doesn’t make much sense, but it’s devastatingly harmful. That’s going to get a lot more attention that killings for much more mundane and intuitively understandable (if not justified) reasons, because things we don’t understand are scarier than things we do.

What does the OP think is the reason? Surely they have one if they started this topic. Is it PC gone wild?