Why is winter the season for colds, flu, etc.?

Classic Article
This is a front page story on yahoo right now.

“We’ve always thought the immune system wasn’t as active during the winter, but that doesn’t really seem to be the case,” said study coauthor Peter Palese, a virologist at the Mount Sinai School of Medicine in New York City.

“The only animals that can model virus transmission are ferrets, but they’re very expensive, big and hard to work with,” he said. “They also like to bite a lot.”

I’m sure they did something that justified the conclusion, but it wasn’t described in the article. Personally, I like this like from Cecil’s column best:

If we want to get really creative we may note that if you want to catch the latest bug there’s nothing like going to church, and the one time people are sure to go to church is Christmas. Hence (maybe) the January outbreaks. OK, I’m reaching.

Here’s a link to the actual research article.

They ‘nasally inoculated’ guinea pigs to give them the virus and took ‘nasal wash samples’ to determine the viral load of each guinea pig. Only relative humidity and temperature changed between test groups.

This was also mentioned to us just yesterday in a company sponsored presentation about pandemics and the flu.

They said that although it’s true that freezing the virus does kill it (ie, cold temps), COOL temps actually allow the virus to live much longer… they found some virii that died frozen could survive for 1000+ days at 4 degrees celcius!

This could easily explain why a virus can spread easier in the winter. If the virus survives longer before it dies, and is transported to another host, it will continue to thrive.

I can think of lots of places where the temps drop to near freezing, but don’t actually freeze. Think of all the virii that are hanging around on door knobs and other commonly used objects outside, just waiting to be transported to a new host…

Dear Straight dope,
In the late "50’s, I was a volunteer in the “common cold research unit” in England, a paid holiday for 2 weeks, they had tried all sorts of ways to get people to “catch a cold”, running in the rain, then standing in a cold hall for hours, shivering, etc, nothing “worked”. We were isolated, (in ex army hut type units, spartan but comfortable enough, ) and “inoculated” with assorted trial drops of “stuff”. They apparently never got an answer to a cure for the cold.

I used to get what my mom called “summer colds” frequently. For some strange reason, she treated them differently than in the winter. Winter colds got me aspirin (this was before they had a problem with kids taking aspirin), Vick’s Vaporub and cough syrup. Summer colds were much nicer – they hot me hot lemonade with the tiniest amount of whisky–I think it’s called a hot toddy. Hot toddy – Vick’s Vaporub. Naturally, I preferred having my colds in the summer.

Notwithstanding, i do think colds are more common in the winter and after I heard that the "cold causes them " or “cold predisposes you to having them” theories had been rejected, I assumed it is because people tend to stay indoors more where they can catch it from each other more and that the closed in places make then stick around longer. I live in AZ where it doesn’t get too cold but I still close up during cooler weather, especially at night.

Hasn’t there been a bunch of research about the relationship between humidity and infection? The Mayo Clinic comes right out and says:

The Lowen, Mubareka et al. article quoted at the beginning of this thread must only be the most recent published study…

I seem to remember a study done by someone in Norway or Switzerland, one of the northern European countries where they found that there was an increase in colds due to the temperature. The hypothesis they were going to test next (they were just seeing if there were more colds in cold temps) was that the cold temps caused blood to move away from your extremities to your core, so blood flow was decreased somewhat in your nasal cavity, this decreased the amount of your natural defense systems in that area so the germs causing sickness that were already present had a better chance of taking hold. Sorry I can’t remember the exact study, or how the follow-up went. 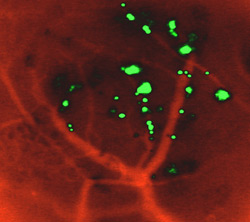 Why We Get Fevers

Hot Times in the Operating Room

Hot Times in the Operating Room

I tend to get cold’s and flu just after the rain falls, so i have always thought that the bugs must be in the air floating around. Then the rain brings them all down to the ground for us to inhale.

This thread is the walking dead.