Will Trump finish his term?

Right, the procedure is convict (requires 2/3) then vote for disqualification from future office (requires simple majority). There are examples in the impeachment of seven or eight judges throughout our history, most recently Thomas Porteous in 2010.

That still requires that the conviction have previously been consummated.

This is not the only Constitutional mechanism to disqualify someone under the 14th. See this: 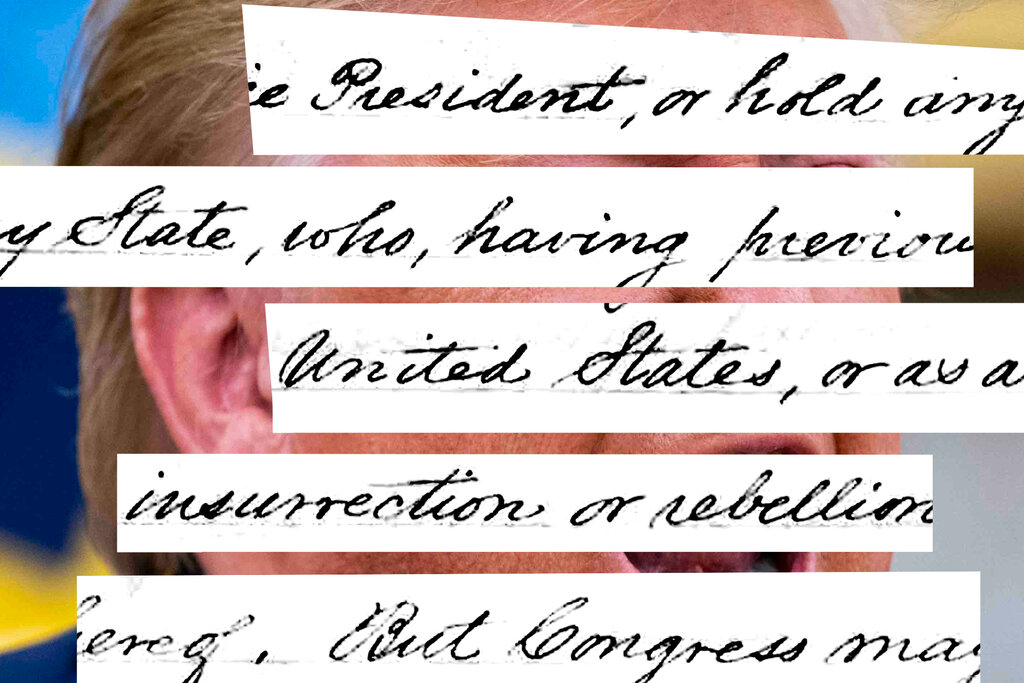 Opinion | Impeachment Isn’t the Only Option Against Trump

Congress can invoke its constitutional power to bar the president from holding office again.

The 14th Amendment gives Congress the power to enforce Section 3 through legislation. So Congress can immediately pass a law declaring that any person who has ever sworn to defend the Constitution — from Mr. Trump to others — and who incited, directed, or participated in the Jan. 6 assault “engaged in insurrection or rebellion” and is therefore constitutionally disqualified from holding office in the future.

Congress can also decide how this legislation will be enforced by election officials and the courts, based on all the facts as they come out. The Constitution prohibits Congress from enacting so-called bills of attainder, which single out individuals for guilt. But, in addition to the legislation we suggest, Congress could also pass nonbinding sense-of-Congress resolutions that specify whom they intend to disqualify. This would provide a road map for election officials and judges, should any people named in those resolutions seek to run for or hold public office. And Congress can do this by a simple majority — far less of a hurdle than the two-thirds majority in the Senate that removing the president requires.

Thet would then require that he be convicted of sedition or rebellion by a body that can do that. As the authors of that OpEd themselves point out, passing a law declaring that the events of 6 January were a 14th-Amendment rebellion and Trump is guilty of that would most likely fail as a bill of attainder (and I’d guess ex-post-facto), and sense-of-Congress resolutions are not binding: all they would mean is “we think X should be” or “we think Y should not be” but the actual enforcement authorities have to stick to the law.

Jesus, people, let’s not fall down the same rabbit hole of looking for any stretches of the legal envelope to achieve the desired result.

Susan Collins was right. Trump did learn his lesson. The lesson he learned was that he could do anything with impunity.

I am sure she will be concerned but vote against conviction.

I am sure she will be concerned but vote against conviction.

This time she will be deeply concerned as she votes against conviction. That will show him.

That still requires that the conviction have previously been consummated.

Did anyone actually have any doubt that McConnell would pull this shit, all “McConnell is siding against Trump!” claims to the contrary?

McConnell is very good at Machiavellian 4-dimensional political chess. Of course he was going to cornhole common decency and support Trump in the end. The only question is how far in the future the reveal would occur: a week, a month, a year, or 3 decades?

I’m watching the news today as they talk about the preparations for inauguration and the possible anticipated violence. They’re very pointedly talking about how Pence is monitoring the situation with the FBI and that there is no sign of leadership coming from Trump himself. This has been true since the attacks on the Capitol last week. This makes me wonder if there’s actually an option for Trump leaving office that I didn’t include in the original poll, throwing a temper tantrum in the corner while the adults try to close out his Presidency with a country remaining to pass on to the next administration.

They’re very pointedly talking about how Pence is monitoring the situation with the FBI and that there is no sign of leadership coming from Trump himself.

Frankly, that’s been true since Biden was declared the presumptive winner of the election – all he’d been doing from then, until last week, was insist that he’d won.

Frankly, that’s been true since Biden was declared the presumptive winner of the election – all he’d been doing from then, until last week, was insist that he’d won.

True, but he was still being given credit for working whereas now he’s explicitly and publicly being excluded from governing. On the other hand, he did take a trip to the border wall, he’s given some medals of Freedom (when the recipient accepts), and he apparently still has a list of pardons to issue. So he’s not had all of his power stripped yet.

So he’s not had all of his power stripped yet.

No, but I agree with what someone else here said… He’s been mostly neutered. Pence, Pelosi and McConnell, together with the Joint Chiefs have pretty much taken over at this point. I think if Trump issues orders to anyone to do anything nutty, they will be completely ignored. It’s like a “soft 25th amendment” situation.

Didn’t I read that in his last couple of days, Nixon was wandering the Whitehouse, drinking and ranting, and the “nuclear football” was rendered inoperational?

As to the “football” I’ve heard various versions, but the net effect was as you say: Nixon wasn’t going to get to use it and have the order be obeyed without additional scrutiny.

How exactly that was implemented between people and equipment is still pretty mysterious. And rightly so.

Not all that mysterious. How the nuclear football works: Hint: There’s not really a big red button in there.

What it actually takes to launch a nuclear strike

What does it take to launch a US nuclear warhead? Learn about the Presidential Emergency Satchel and the steps involved in launching a nuclear strike.

The nuclear football (also known as the atomic football, the president's emergency satchel, the Presidential Emergency Satchel, the button, the black box, or just the football) is a briefcase, the contents of which are to be used by the President of the United States to authorize a nuclear attack while away from fixed command centers, such as the White House Situation Room. It functions as a mobile hub in the strategic defense system of the United States. It is held by an aide-de-camp. Accordi...

The whole package is said to weigh about 45 pounds. I’d hate to be the guy who has to carry that around all the time. I wonder how many football carriers there are and how long their shifts are.

As a distant observer (UK) I have to say that this is the impression I have formed. It seems to me that he has played the perfect game. I’ll explain what I mean – I have seen bits of these ideas on the boards, but I don’t think I’ve seen the assembled whole (though there are so many fast moving related threads, I could easily have missed it. Apologies if I have.)

Mitch won’t recall the senate until (essentially) the end of Trump’s presidency. He has expressed a view which may mean that he would vote to convict. He may yet persuade other Republican senators to do the same – maybe enough for a two-thirds majority. He really hasn’t committed himself to anything. We won’t know until the end of Trump’s presidency. Neither will Trump.

If you are Trump, what do you do? Try pardoning rioters? Try pardoning yourself? Try rabble rousing? Try anything, really, and there is the threat of conviction really, actually happening – anger Mitch and maybe he can make it happen. (And so, suddenly, it’s in Trump’s interest for there to be no more riots.) To me this looks like the perfect way of preventing Trump from taking just about any action, right up to the 20th. Plus, once Trump is gone, Mitch still has the option to push his colleagues to vote for conviction and disqualification from office, which (I would assume) is in the best interests of the Republican party.

From an ocean away, it looks to me as if he has positioned himself perfectly to manage the situation. Am I reading this wrong? (And BTW, for the avoidance of doubt, I certainly do NOT align myself with the Republicans).

To me this looks like the perfect way of preventing Trump from taking just about any action, right up to the 20th

FWIW, that’s precisely my take on the situation. Suddenly Trump is pretending to be well-behaved, meaning not doing anything. It is why I don’t expect him to pardon the insurrectionists. Or maybe even himself.

Not all that mysterious.

I meant the process by which the Cabinet & DoD intended to thwart any ill-advised nuclear move by Nixon at the bitter end of his term. That was mysterious. The football itself is certainly well documented enough for our purposes…